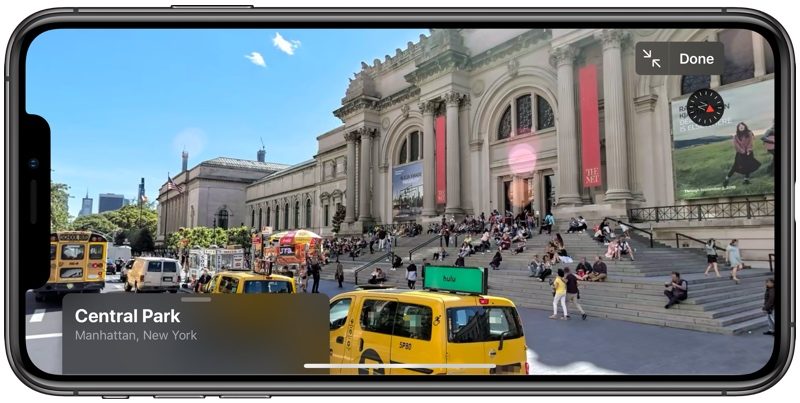 One of the new features baked into the new Apple Maps for iOS 13 is the ability to “Look Around” particular city, giving the user the ability to see details of a city from the ground without having to actually visit.

It’s a similar feature to Google Maps’ Street View. The primary difference right now, other than functionality, is the fact that Apple’s variant is only available in a select amount of cities right now. Apple is working to expand the feature, though, and that is the case today.

According to MacRumors, the Look Around feature in Apple Maps is now available in both New York City, New York, and Los Angeles, California. This means you can drop yourself onto the street of one of these cities and take a look around, even if the view might be a bit limited considering it’s only the imagery that a mapping vehicle can grab while traveling the streets.

In NYC, the Look Around feature can be used from Manhattan to the Bronx, to Brooklyn and Queens. And in Los Angeles, Look Around supports visiting spots across the city, from Pomona, to Long Beach, to Burbank.

To access Look Around while cruising around a supported city, there will be a pair of binoculars that pop up within the app. Tap on that and you’ll drop to street level. It starts off in a title card, but tapping on the card will promptly escort you into a full-screen view.

(Here’s a quick tutorial on how to use Apple Maps’ new Look Around feature.)

You can tap the display to move around, letting you view the area around. It might be a nice way to check out a location before a planned trip, for instance. Notable places like restaurants and business will be highlighted as you view from the street level, too.

This feature is rolling out relatively slowly, but it’s still coming along. Are you excited about this feature? Or is it just something you’ll start to pay attention to more often when it becomes more readily available?