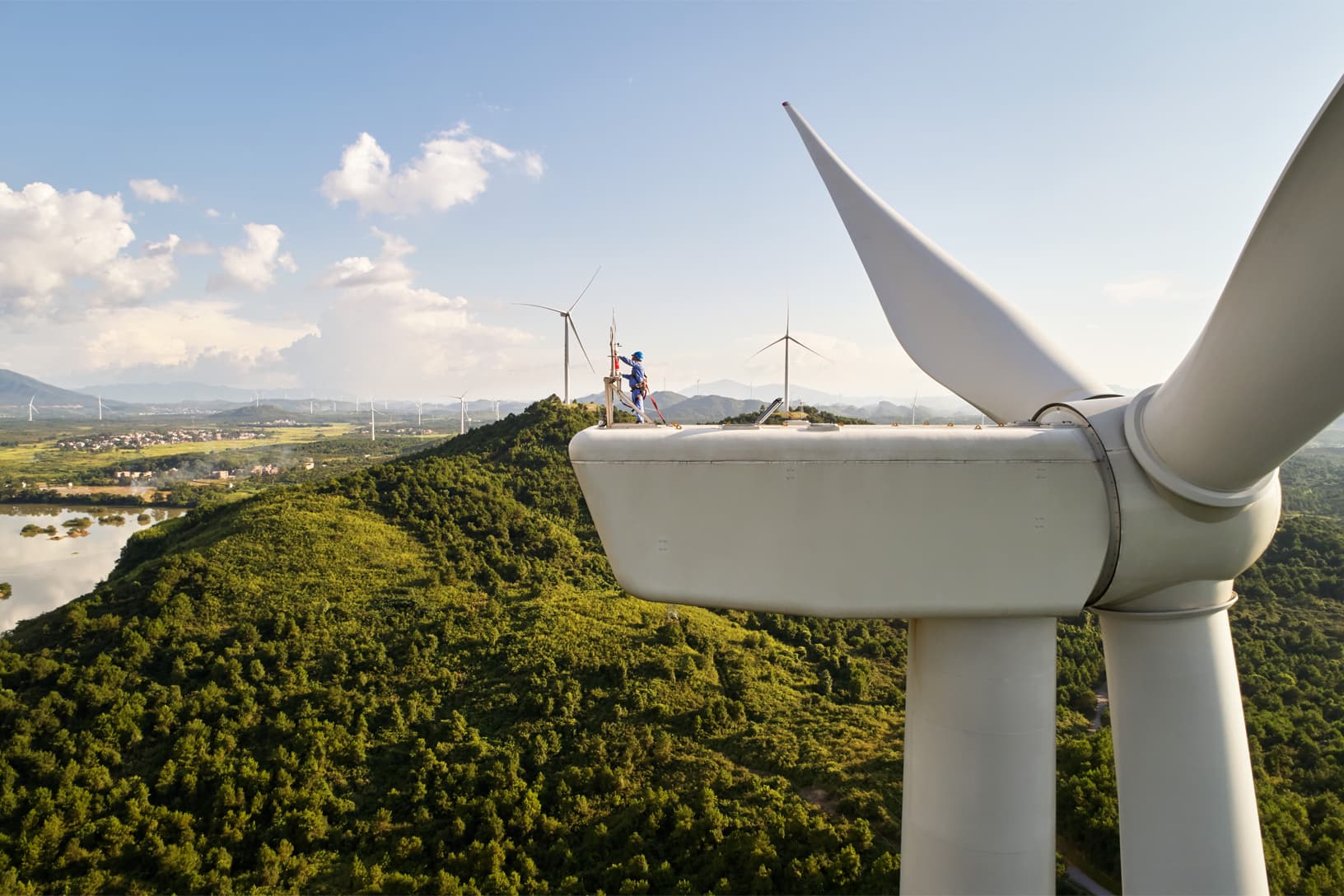 The $300 million Clean Energy Fund in China, which Apple announced back in 2018, is seeing some progress, and a major investment.

The initiative is meant to assist a wide range of suppliers to reach production of Apple products from 100% renewable energy. In the company’s latest announcement giving an update on the fund itself, Apple says the fund has invested in three wind farms.

Rising from the hills of Dao County in Hunan Province, China, beyond the city of Yongzhou, a dramatic sight appears on the horizon. Here, the massive blades of wind turbines from the Concord Jing Tang and Concord Shen Zhang Tang wind farms turn rhythmically in the sky. Developed by the Concord New Energy Group Limited, each farm generates 48 megawatts (MW) of clean energy. Along with a 38 MW farm in bordering Hubei province developed by Fenghua Energy Investment Group Co., Ltd., these three clean energy projects are the first investments of the China Clean Energy Fund.

According to Apple, this investment in the three new wind farms will reach 10% of that goal.

Lisa Jackson, Apple’s VP of Environment, weighed in on the announcement today:

To see these projects completed and already supplying clean energy to the grid is really exciting,” said Lisa Jackson, Apple’s vice president of Environment, Policy and Social Initiatives. “We are proud that suppliers participating in the fund share our commitment to supporting innovative energy solutions, cutting emissions and fighting climate change. 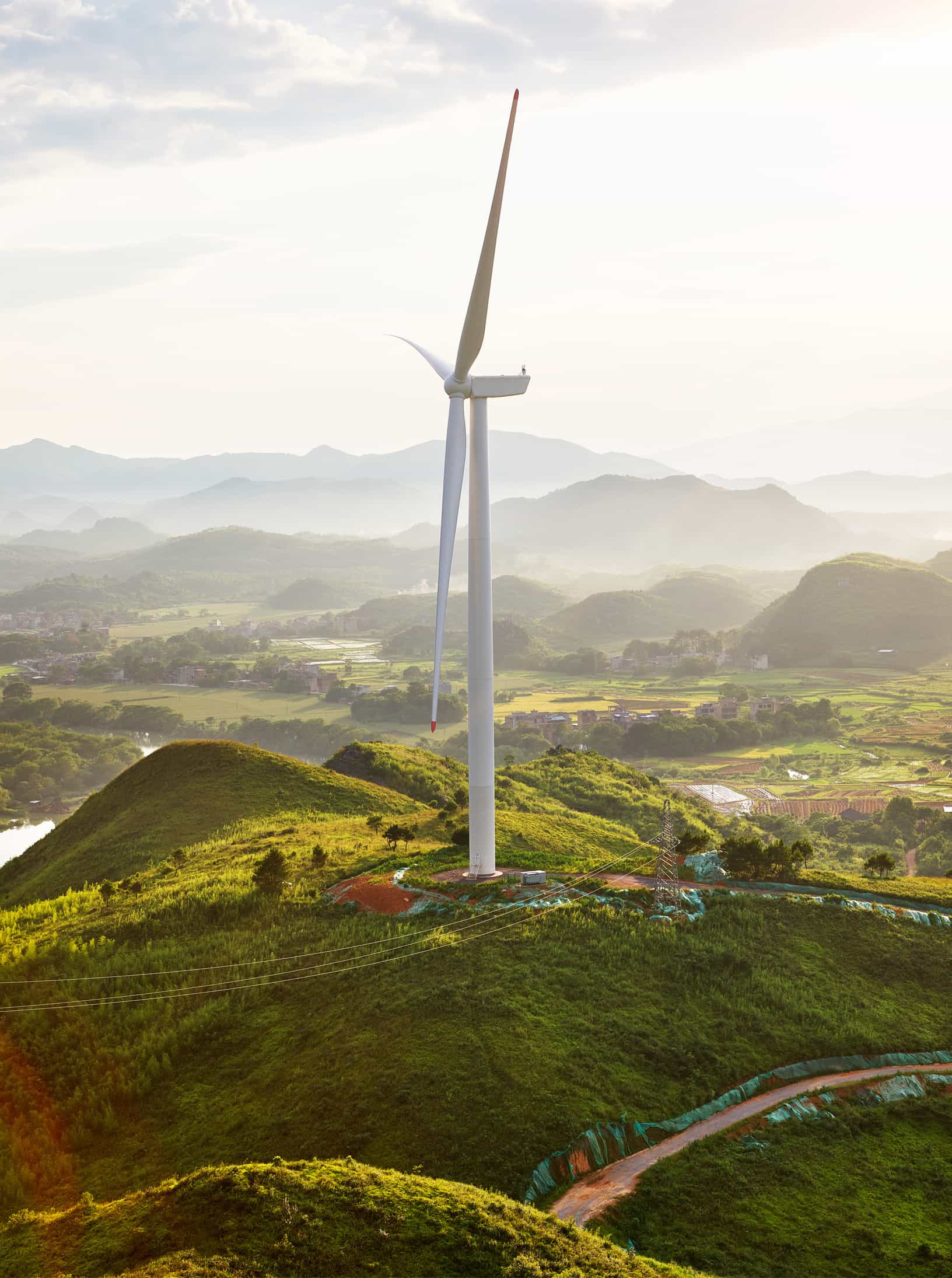 The wind farms in each province in China will also assist the local economies and governments to reach their own “mandated renewable energy goals”.

We’re excited to support developers like Concord and Fenghua,” said Yuyu Peng, director of DWS Group which manages the China Clean Energy Fund. “The projects in Hunan and Hubei provide so many positive results. They not only support China’s renewable energy goals, but also introduce our fund partners to diverse clean energy projects.

Apple says that by “virtue of its size and scale”, the China Clean Energy Fund can give its participants a boost in purchasing power, providing even more options for solutions when it comes to transitioning into renewable energy — something that can be somewhat difficult for smaller businesses.

Looking ahead, Apple’s announcement reiterates its plan to have it, and its suppliers, generate more than 4 gigawatts of clean energy all across the globe by the end of 2020. When that happens, it will cover one-third of the electricity needed to power Apple’s manufacturers and its suppliers  worldwide.

With the launch of the global Supplier Clean Energy Program in 2015, and initiatives such as the China Clean Energy Fund, a growing number of manufacturing partners — 44 suppliers in 16 countries — have committed to using 100 percent clean energy to power their Apple production. Apple and its suppliers will generate more than 4 gigawatts of clean energy worldwide by 2020. This will cover one-third of the electricity needed for Apple’s global manufacturers and suppliers.

Apple’s effort here is admirable, but it’s a continued push that will need to see the company working on this goal 100% of the time, and finding even more ways to reach it.