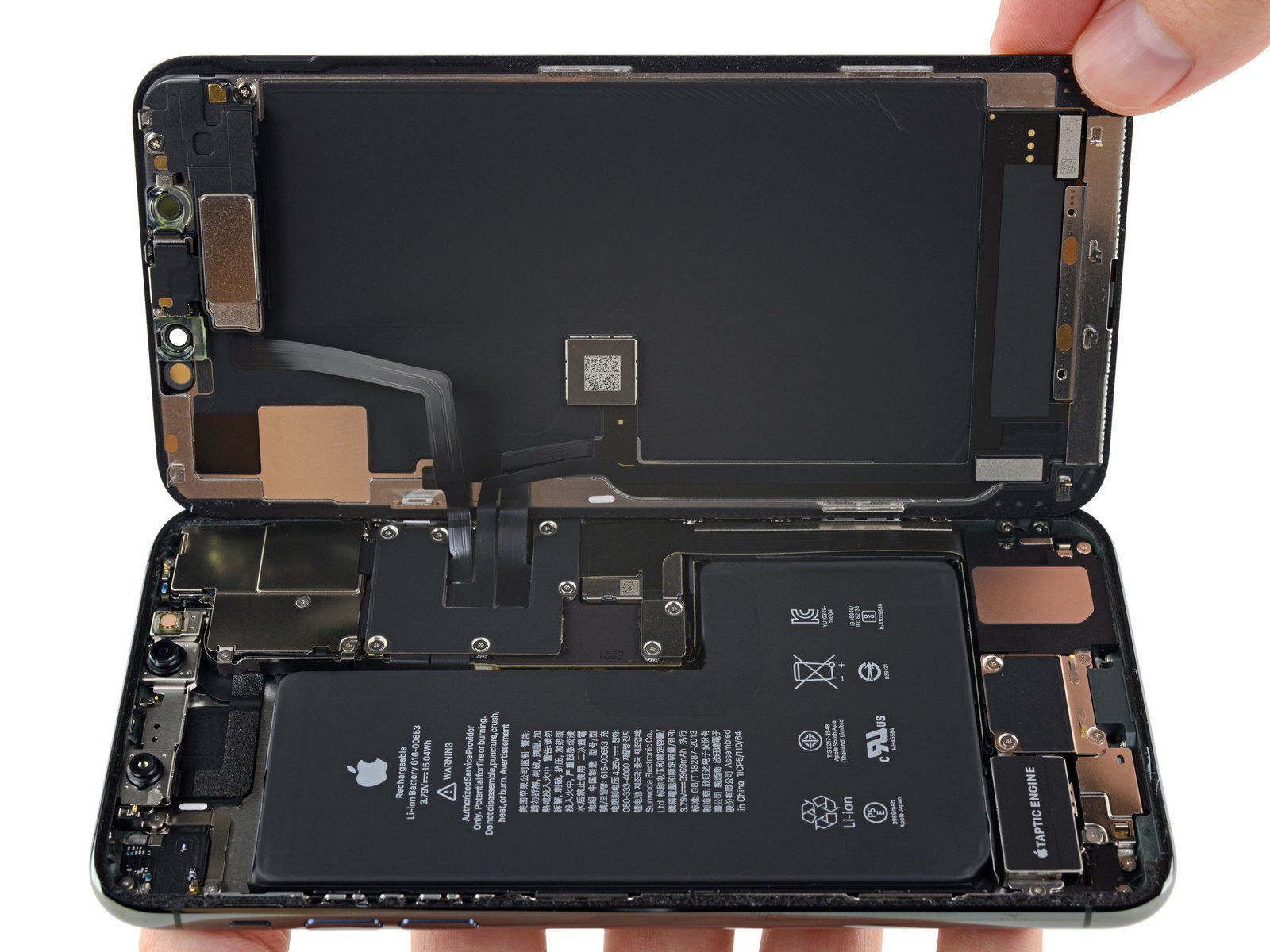 Before Apple announced the iPhone 11 and iPhone 11 Pro, there were rumors that the new handsets would support “bilateral charging”, or reverse wireless charging.

However, while that may have made the “by innovation only” invite make a bit more sense to some, we now know that didn’t happen. The new iPhone 11 and iPhone 11 Pro do not support bilateral charging — at least not officially. But recently there was a rumor that Apple scrapped that plan at the last minute, which means the physical markers of the feature would still be under the hood.

And it turns out that may be the case! iFixit has been tearing down the iPhone 11 Pro Max today, which started with a livestream of the event. And now, some time later, the teardown has revealed a “tiny, new board below [the] battery” that could “be for the rumored bilateral wireless charging feature”.

Here’s iFixit on the matter:

With the phone powered on, we disconnected the lower battery connector and the phone stayed on and charged via the Lightning port, but not over wireless charging. Seems this extra connector is a direct line to the wireless charging coil, which could be an important feature for bilateral charging!

What’s more, when we reconnected the cable, our phone displayed a momentary temperature warning before returning to normal. We suspect it lost contact with an important battery temperature sensor and shut itself down; this sounds a lot like a reverse wireless charging heat management feature to us.

The full teardown is still going right now, but iFixit’s dedicated page for it is being updated on a regular basis. You can check that out right here.

Why Apple canceled this feature remains unknown. It was reported that “charging efficiency” may have been the culprit, however, with Apple unhappy with the results. That would certainly make sense, considering if they don’t think it’s good enough, the general consumer probably wouldn’t, either.

But, maybe this is a feature that will see the light of day in the future. Are you not a fan of missing out on this feature?