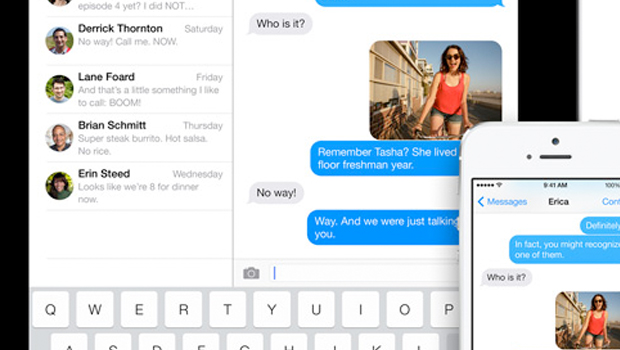 iMessage is a great tool for Apple device owners, but there are still some blank spots it could fill. Like scheduled messages, for instance. And it sounds like the company has at least considered it.

Reddit user “Jmaster_888” reached out to Craig Federighi, Apple’s SVP of Software Engineering, to find out about scheduled iMessages, and whether or not this is something Apple has tried to figure out for the messaging platform. Federighi’s response is positive, at least in the sense that it’s something the company has considered, but it appears there are some issues to work out before that feature could see the light of day.

Federighi does say Apple is still considering, and even included a quick list of the elements that have caused development issues at some point or another. For instance, Apple has tried to work out how to represent “unsent messages” within iMessage, while also building in the ability to edit and delete pending messages.

Apple has also tried to work out “what to do when someone sends you a message when you have outgoing messages pending”.

Federighi adds at the end of the message:

And of course the social concern that we may end up sending the messages at a time that you are not available to respond to any replies that come back — this could be confusing for the person who is under the impression that you must be at the ready on your phone, since you just sent them a message.

That makes sense, but it also sounds like something that could be worked out given enough time. Apple’s new features announcements get plenty of coverage, so revealing scheduled messages within iMessage seems like something that most users would know is a thing. If not right away, then eventually.

But showing how those messages are read, or not, could certainly raise some eyebrows for regular iMessage users. Are you talking to someone or did they just schedule a message and you won’t actually be able to reply to them now because they won’t see it?

It’s also possible this is a doctored image, and Federighi may not have replied at all.

Either way, what do you think? Do you want to see scheduled messages in iMessage?