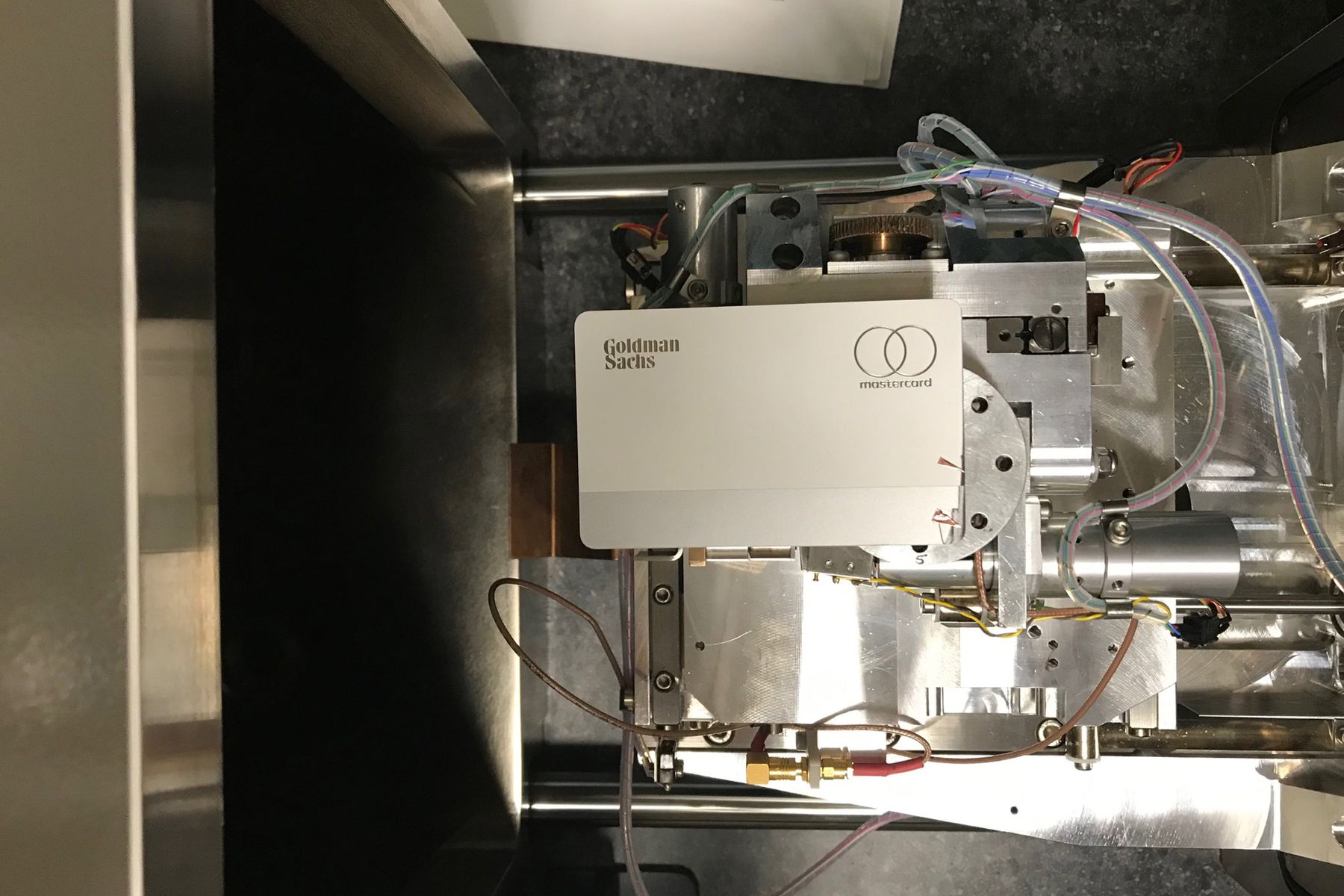 When Apple revealed its first credit card, the Apple Card, earlier this year, it announced that the physical card was a titanium one. Turns out, that claim is accurate enough, and an electron microscope has revealed as much.

According to a report from Bloomberg Businessweek, the Apple Card is not strictly made out of titanium. However, as the title of the article has already revealed, it is 90% titanium. That makes it a titanium credit card. What’s the rest of the physical card made out of? Turns out it’s 10% aluminum.

But how much titanium? To find out, a Bloomberg Businessweek reporter sent his card to a mineralogist, University of California, Berkeley professor Hans-Rudolf Wenk. Professor Wenk used what’s known as a scanning electron microscope, or SEM device, to determine the card’s atomic makeup. He found that the answer is about 90%. The rest of the card is aluminum, according to the analysis.

The Apple Card isn’t the first credit card to be made with metal, as both American Express and Chase offer their own heavy cards, but Apple’s stands out, given the company’s push to market its metallic essence. It’s also Apple’s first product made primarily from the strong, lightweight metal since the PowerBook laptop was discontinued 15 years ago, and it could be a manufacturing test for new titanium Apple Watches launching this fall.

Creating the Apple Card is a multi-step process, and there is another coating on top of the titanium (and aluminum). However, that coating can actually become damaged if it’s met with specific circumstances, which Apple detailed in a support document earlier this year on how to clean the Apple Card.

Apple launched the Apple Card in an initial small rollout in the United States. However, as of August 20 the first credit card from Apple (partnered with Goldman Sachs) is now available for all to apply for in the U.S.

Did you get an Apple Card? If so, how do you like the physical design?