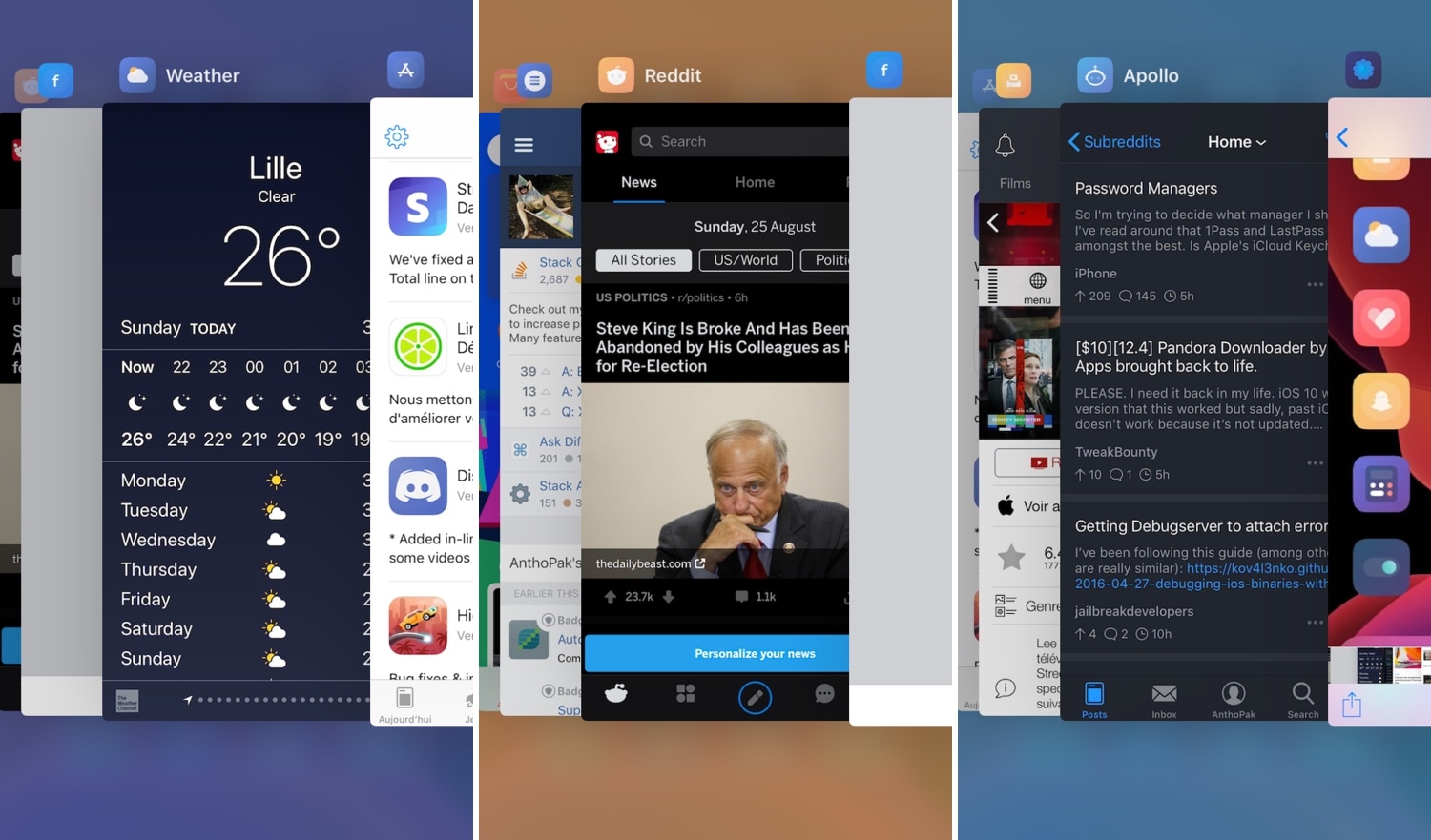 The iOS App Switcher is somewhat bland out of the box, but it doesn’t have to be. A newly released jailbreak tweak dubbed SwitchShades by iOS developer AnthoPak promises to add a splash of color to the App Switcher background based on the application preview card that appears front-and-center at any given time.

As you can see in the screenshot examples above, the background color changes to match the dominant color of the app icon above the application preview cards themselves. This can be changed to colorize based on the application snapshot itself if you wanted to, or you could configure a custom color to display at all times.

For those curious as to how this works, the developer uploaded the following demonstration video:

As you’ll notice, the color transitions subtly as the user swipes from one application preview card to another. We find this to be a nice detail, as it would be somewhat eye-jarring if the colors just suddenly changed without some sort of transition animation.

After you install SwitchShades, you’ll find a dedicated preference pane in the Settings app where you can configure the tweak to your liking: 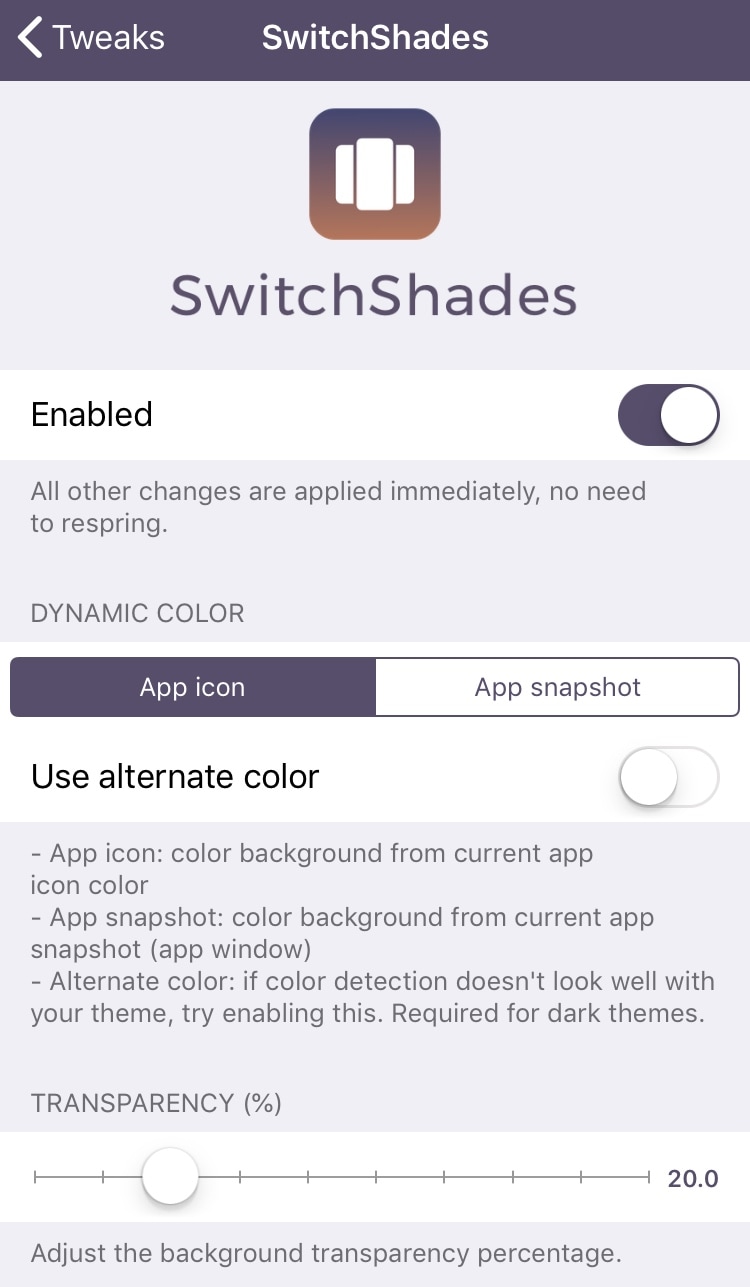 From what we can gather, a lot of time was spent optimizing SwitchShades for optimal performance on even some of the older iOS devices out there. Perhaps more importantly, SwitchShades is fully compatible with the popular Gesto tweak.

If you’re interested in trying SwitchShades out for yourself, then you can download it for from the Packix repository in Cydia or Sileo for $1.25. The tweak supports all jailbroken iOS 11 and 12 devices.

Do you like what SwitchShades does with the App Switcher, or would you prefer the stock aesthetic? Discuss in the comments section below.