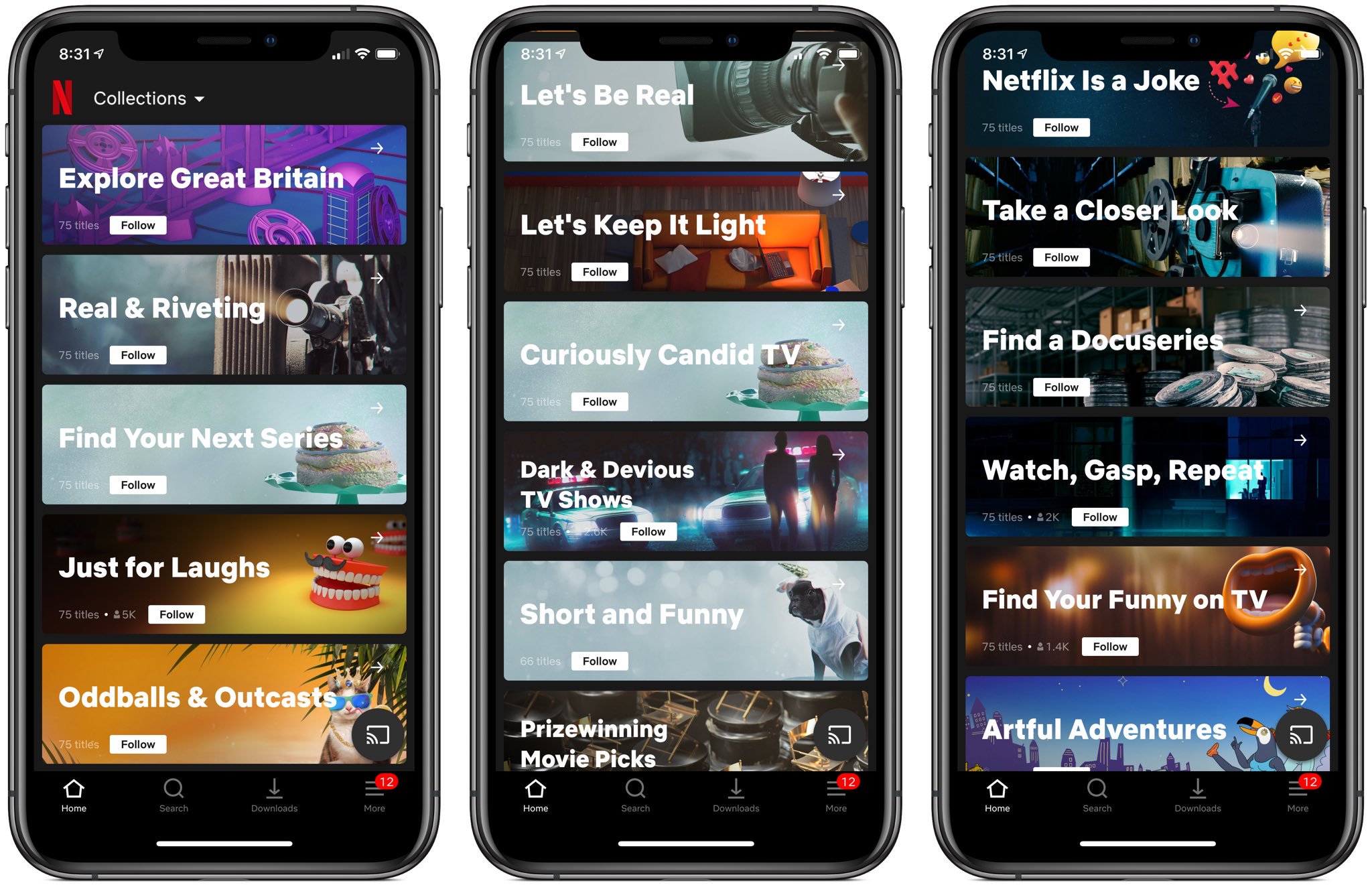 Netflix is testing yet another feature with a subset of its iOS customers, called Collections — a new way to help users find TV shows and movies they’ll want to watch.

The new feature was first spotted by Jeff Higgins.

While Netflix already offers personalized suggestions based on your viewing history, Collections are movies and TV shows that are curated by human experts, not algorithms. It’s cool that these collections are neatly organized into editorial groups based on factors such as genre, tone, story line and character traits.

According to TechCrunch, Collections are found on the main Netflix screen.

Here's a look at the smooth transitions in the new Netflix Collections 👇 pic.twitter.com/5xPYRheCqn

From there, you can follow a Collection that interest you or tap to explore its titles.

Some of the collections have titles such as “Let’s Keep It Light,” “Dark & Devious TV Shows,” “Prizewinning Movie Picks,” “Watch, Gasp, Repeat,” “Women Who Rule the Screen” and so forth.

A Netflix spokesperson has confirmed the test to TechCrunch:

We’re always looking for new ways to connect our fans with titles we think they’ll love, so we’re testing out a new way to curate Netflix titles into collections on the Netflix iOS app,” a Netflix spokesperson confirmed to TechCrunch. “Our tests generally vary in how long they run for and in which countries they run in, and they may or may not become permanent features on our service.

Collections are only available on iOS. The feature is currently in limited testing so it won’t show to all users. Netflix could also choose not to roll out Collections to everyone.