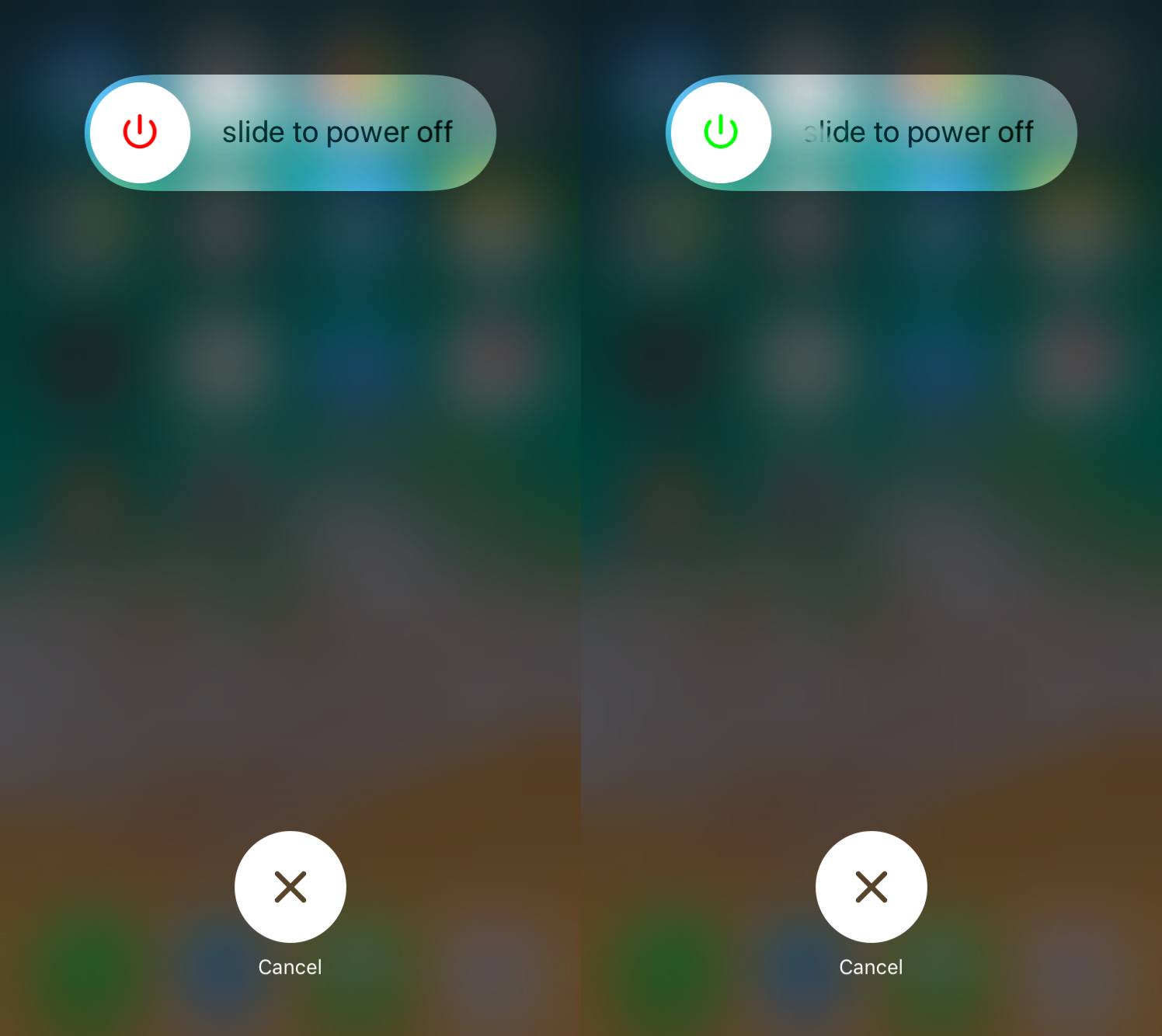 If you use a modern semi-tethered jailbreak such as Chimera or unc0ver, then you probably already know the importance of keeping your device up and running for as long as possible. If your device reboots for any reason, then you’ll need to re-run the respective jailbreak app to access to your jailbreak tweaks and extensions.

Powering down your handset is easy, and as some would argue, perhaps too easy. With that in mind, iOS developer Paparajote Team has just released a new and free jailbreak tweak called SafePowerOff that can help you avert accidents and friendly pranks by your buddies.

In the screenshot examples above, you’ll notice that one of the sliders has a red background while the other has a green background. As you might come to expect, the red slider won’t work, whereas the green slider will.

SafePowerOff works by making the user tap and hold on the ‘cancel’ button until the slider color changes from red to green. If someone slides the red slider, then the device will merely boot itself to the Lock screen; on the other hand, sliding the green slider will legitimately power off the device.

SafePowerOff essentially adds an extra layer of protection between your jailbreak and your device’s native power-off function. If you find yourself powering off your device by accident or coping with prank-happy friends, then it can help you sustain your semi-tethered jailbreak without having to re-jailbreak when it would otherwise be inconvenient.

SafePowerOff doesn’t come with any options to configure, and based on our testing, we found that it works very well for its intended purpose. If you’re interested in trying SafePowerOff out, then you can download it for free from the BigBoss repository. The tweak supports all jailbroken iOS 10, 11, and 12 devices.

What are your thoughts about the concept behind SafePowerOff? Let us know in the comments section below.