The Electra Team released an updated version of the iOS 12-centric Chimera jailbreak tool late last night, officially bringing it up to version 1.3.3 on the team’s website.

Citing a Tweet shared via the Electra Team’s official Twitter account at the time of release, this update implements support for the new Sock Puppet 3 exploit by @umanghere, which enables support for A7-A8(X) devices on iOS 12.1.3-12.4: 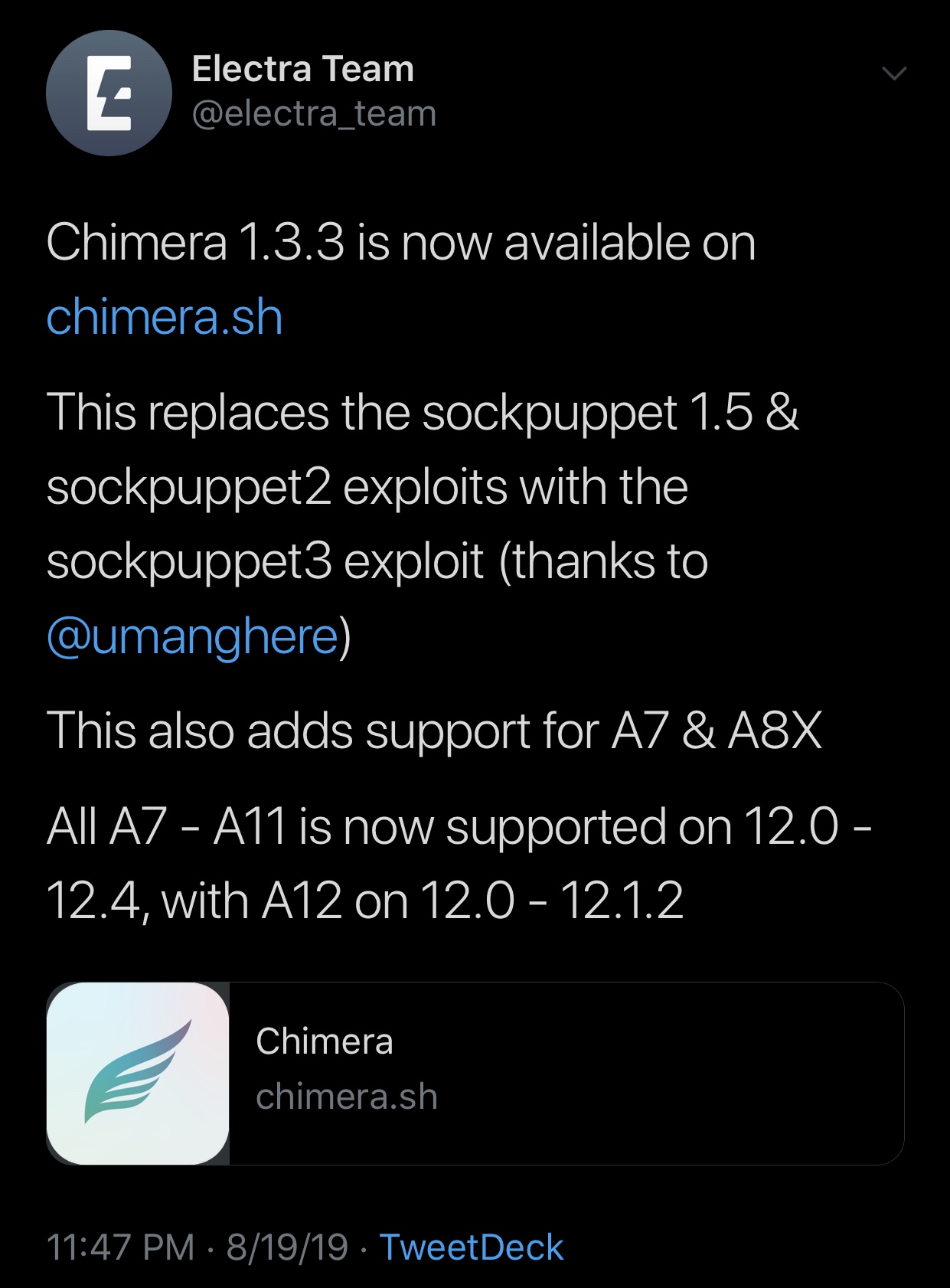 The primary difference between Chimera and unc0ver is that the former utilizes Sileo and Substitute instead of Cydia and Cydia Substrate. That said, now that both tools support similar device and firmware combinations, it comes down to user preference as to what package manager and tweak injection method you prefer to use.

This update doesn’t appear to include any important bug fixes, and so those who are already happy jailbroken needn’t rush to download and deploy the latest version of Chimera unless they really want to.

As always, you can download the latest version of Chimera from the Electra Team’s official website, and you can also follow our step-by-step tutorial regarding how to jailbreak with Chimera.

Have you tried Chimera v1.3.3 yet? Discuss why or why not in the comments section below.