iPhones and iPads have been jailbreakable for more than a decade, but the Apple Watch doesn’t quite seem to receive as much attention as those handsets in the pwnage department. For that reason, a work-in-progress Apple Watch-centric jailbreak dubbed ‘Brenbreak’ by @ethanpepro has been particularly intriguing, to say the least.

The mastermind behind the Brenbreak Apple Watch jailbreak has been sharing regular updates via Twitter since April, and with one of the most recent updates indicating a Q4 2019 public release, it should come as no surprise to anyone that @ethanpepro shared yet another momentous milestone just last night: 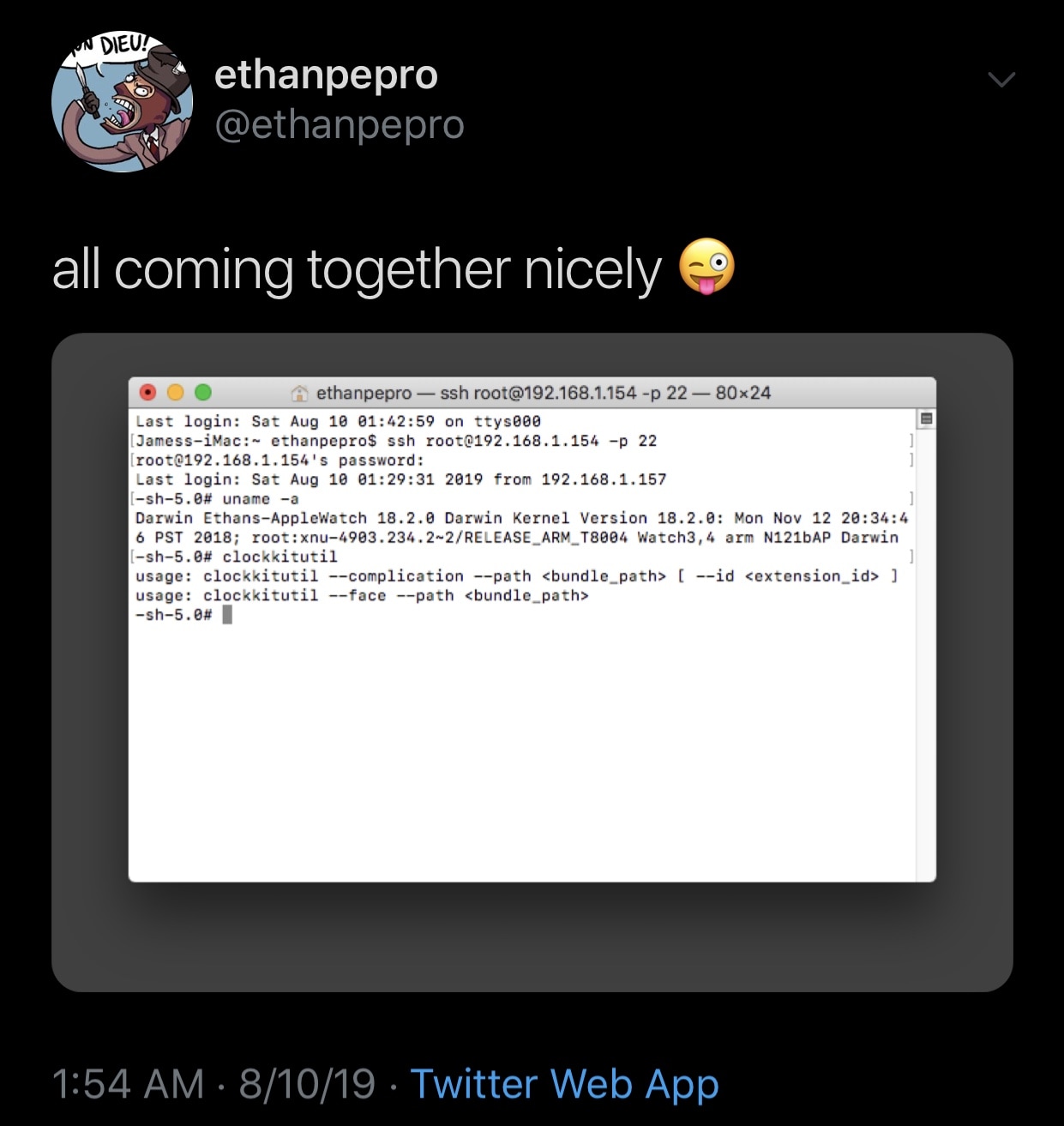 From what we can gather, this is confirmation of SSH (Secure Shell) capabilities running on an Apple Watch. SSH would allow a user to log into root on their Apple Watch and run commands on it from an external device, such as a Mac. Uses for this functionality on a jailbroken device would include modifying system files and installing third-party add-ons, among other things.

In this particular instance, @ethanpepro appears to be running SSH on an Apple Watch Series 3 (Watch 3,4), but we know from previous Tweets that Brenbreak will be compatible with all Apple Watch models (Series 0 through Series 4) running watchOS 4.0-5.1.2

It remains to be seen what people will be able to do with a jailbroken Apple Watch, but we’d assume that user customization and increased app support would each play a significant role. For example, more options for Apple Watch faces and running previously-unsupported apps on the Apple Watch seem like wonderful examples of what someone could do with a pwned smartwatch.

Are you excited for Brenbreak, or have you already updated to an unsupported version of watchOS? Let us know in the comments section below.