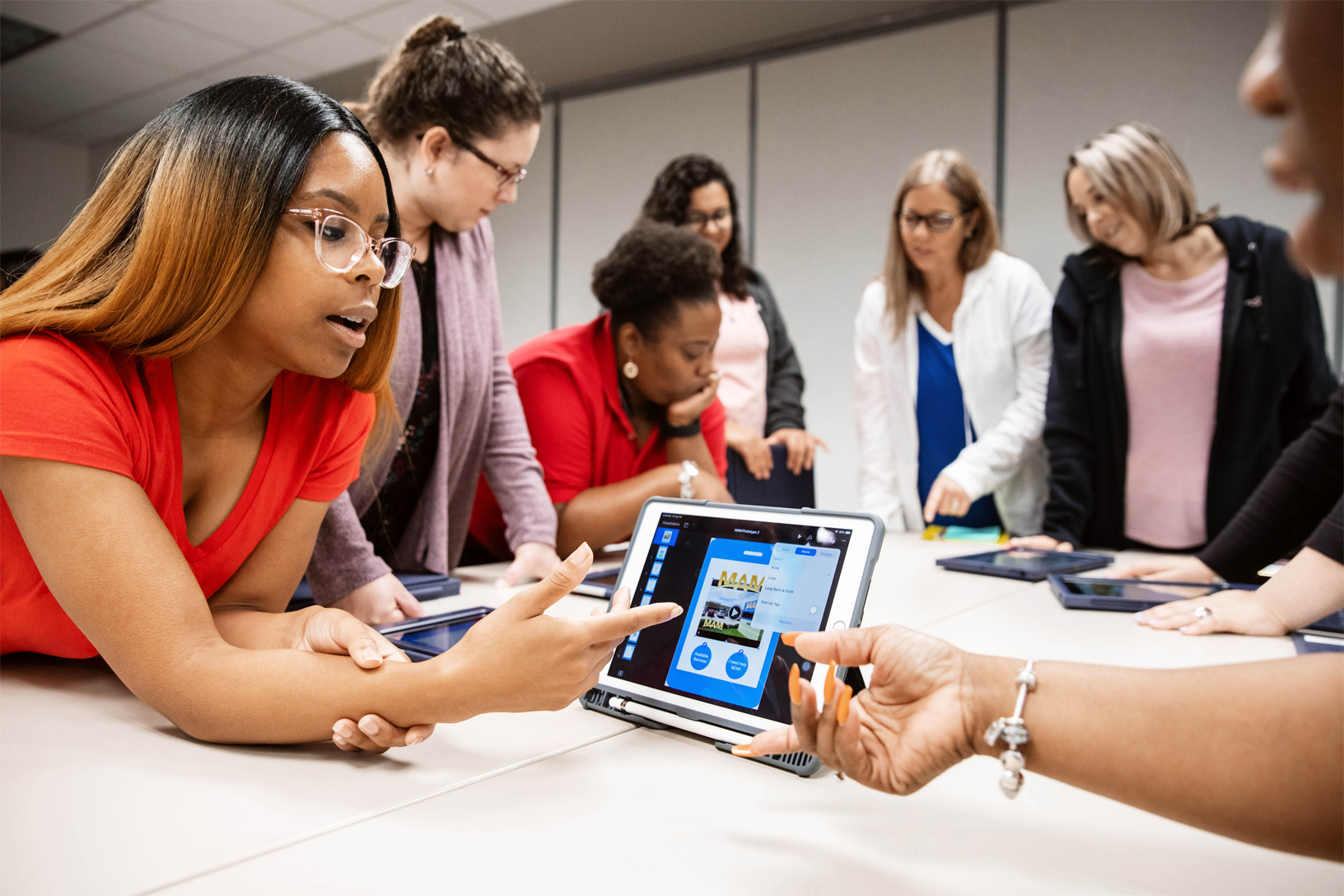 The goal with Apple’s new Teacher Coding Academies is to give educators the tools they need to bring lessons from coding to everyday tasks. And based on the initial results, it sounds like the summer sessions were well received.

In some school districts across the United States, students are already starting to go back to class. For some educators, though, they didn’t take a summer break, but instead opted to go to Apple Stores across the country and learn new tools to help teach the next generations about coding and more.

The elementary, high school and college educators who attended this summer’s academies came from different states, schools and backgrounds — but they all shared one new and very important responsibility: shepherding their students into a world where coding is a common language. The teachers are determined not only to teach their students about coding, but to show them how they can channel that knowledge to make the world a better place, starting with their communities. On that front, they’re leading by example.

The first sessions took place across the U.S., including in Houston and Austin, Texas; Columbus, Ohio; Nashville, Tennessee; and Boise, Idaho. The educators came from nearly 70 different institutions, all learning different things along the way.

The beginning of each session saw the same routine with local community members outlining a problem that needed to be addressed. The goal was to create an app to help with that. The educators teamed up with Apple Professional Learning Specialists to design and build the apps using Apple’s Swift programming language.

In Boise, the teachers designed an app to help the police department better serve and communicate with the city’s homeless population, connecting the community to open shelter beds and food banks.

In Austin, teachers focused on Ronald McDonald House, a charity that provides housing for families whose children are receiving critical medical care. In this case, they created an app prototype to help families communicate with the charity during their stay.

And in Columbus, the educators devised an app that helps firefighters log and monitor the amount of time they were exposed to dangerous carcinogens while on the job.

These new summer sessions are part of Apple’s Everyone Can Code initiative, which it initially launched back in 2016. That eventually expanded into Everyone Can Create, which went live just last year.
Apple’s full press release is an interesting read, especially if you are an educator or plan to be one and are interested in this sort of thing. This is just the first part of an ongoing series, so we’ll have more stories to share at a later date.
Tags Apple News
Featured Stories