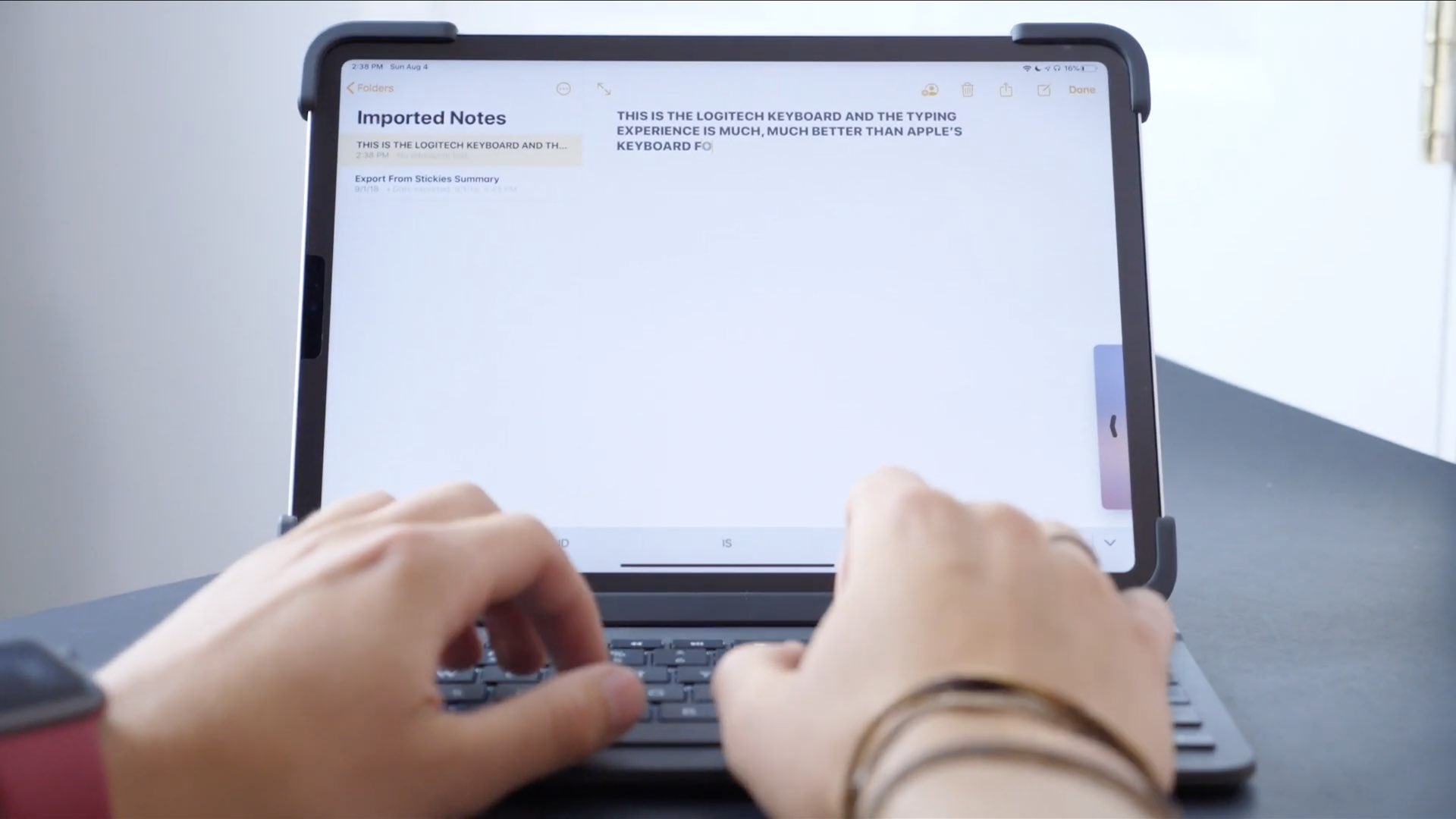 If you’re a productive iPad Pro owner who types a lot but wants needs a better typing experience along with more protection for your precious tablet than is offered by Apple’s Smart Keyboard Folio case, Logitech’s protective backlit keyboard case folio may be just for you.

Logitech kindly provided our video editor Harris Craycraft with its new Slim Folio Pro keyboard case for the third-generation iPad Pro, which comes in both 11-inch and 12.9-inch flavors. Now, Logitech has been making some pretty great keyboard cases for tablets.

Their new Slim Folio Pro, introduced in April 2019, is no exception. 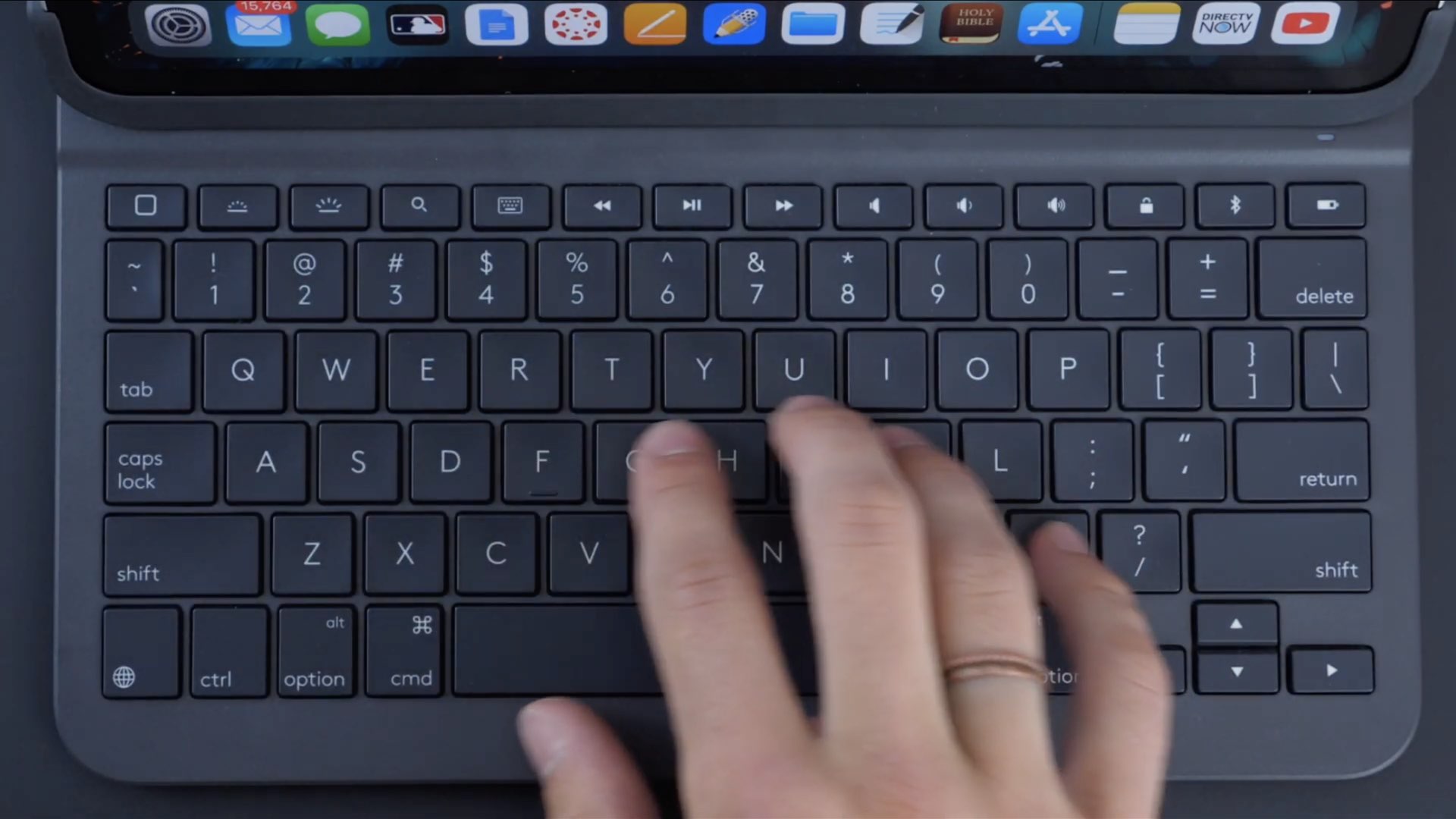 While it may be a bit bulky — as a matter of fact, the case is noticeably thicker than the iPad Pro + Apple Smart Keyboard Folio combo—Logitech clearly designed this thing for the typists. The keys on the Slim Folio Pro are satisfyingly clicky and have very tactile feel to them, making this keyboard great for prolonged typing unlike many other keyboard folios we’ve tested so far.

It’s a full size QWERTY keyboard with the inverted T-style arrow keys and a row of function keys with shortcuts for volume (but no brightness), Expose, Search, the Home screen and more. 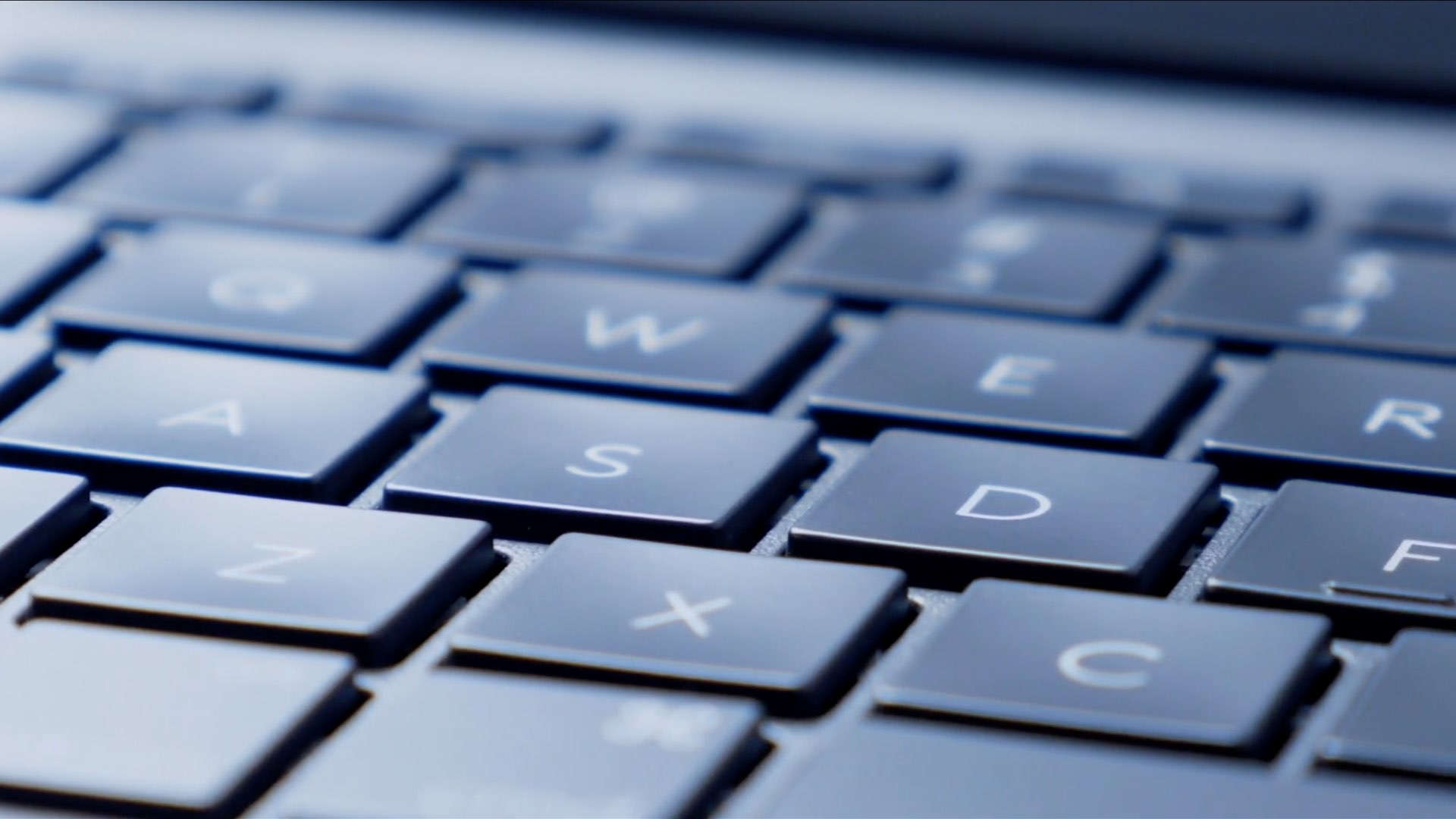 In addition, as we already said, you get backlight which does enhance your typing experience in low-light situation, a feature sorely missing from Apple’s keyboard attachment. 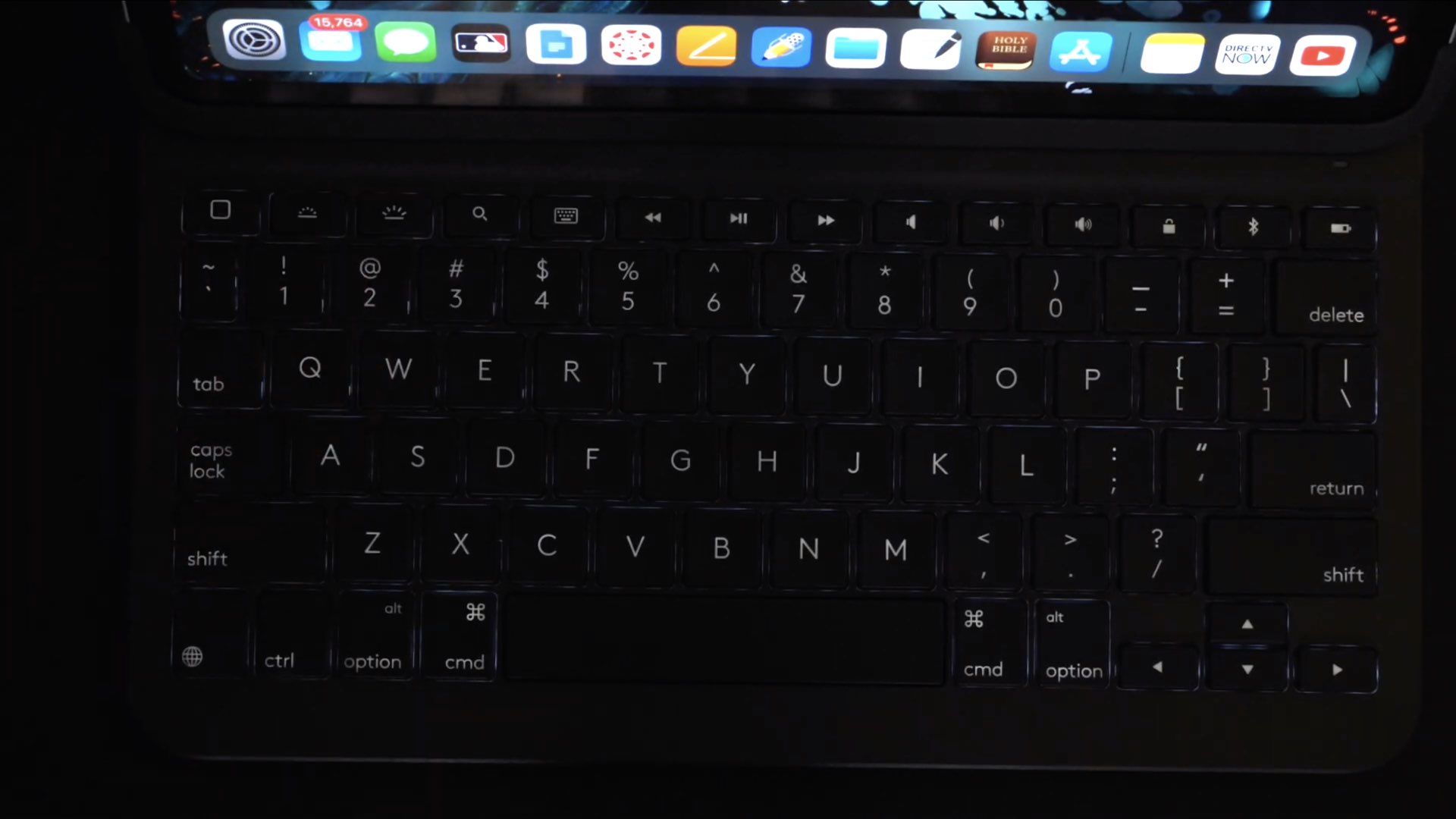 Lap typing is quite possible (and comfortable, too, while we’re at it), but you don’t get two viewing angles like with Apple’s solution. On the plus side, the Logitech keyboard offers sketch mode for drawing with your Pencil, which we found bit awkward to use due to low angle.

Like Apple’s solution, Logitech’s accessory protects both the front and the back of your tablet thanks to the magnets that firmly attach the keyboard case folio to the rear of your iPad Pro.

Best thing you give Harris’s video, embedded right ahead, a quick watch.

The accessory looks great and is highly functional. We couldn’t find any major flaws in the design department, save for one engineering decision — this keyboard case makes no use of the Smart Connector on your iPad Pro for data and power. Instead, the case draws power from its own built-in battery (which adds a bit of bulk) and uses Bluetooth LE to pair with your tablet.

If you use this accessory for typing up to two hours per day on average, you’ll get about three months of run time before the internal battery needs to be recharged (for that, you can use the USB-C port on the side of your Slim Folio Pro). And because iPad Pro supports both power in and out, you can even juice up the case from the USB-C port on your iPad Pro.

A few other observations before signing off…

You can attach your Apple Pencil to the side of your iPad Pro when inside the case, as well as store another stylus like Logitech’s Crayon in a nook inside the magnetic latch. Importantly, the Logitech case offers significantly better protection against dings, scratches and accidental falls than Apple’s own one thanks to the reinforced, shock-absorbing rubber corners.

Here’s what we liked and disliked about the Logitech product.

Which case do you like better, Apple’s or Logitech’s.

Share your thoughts about this review in the comments down below!