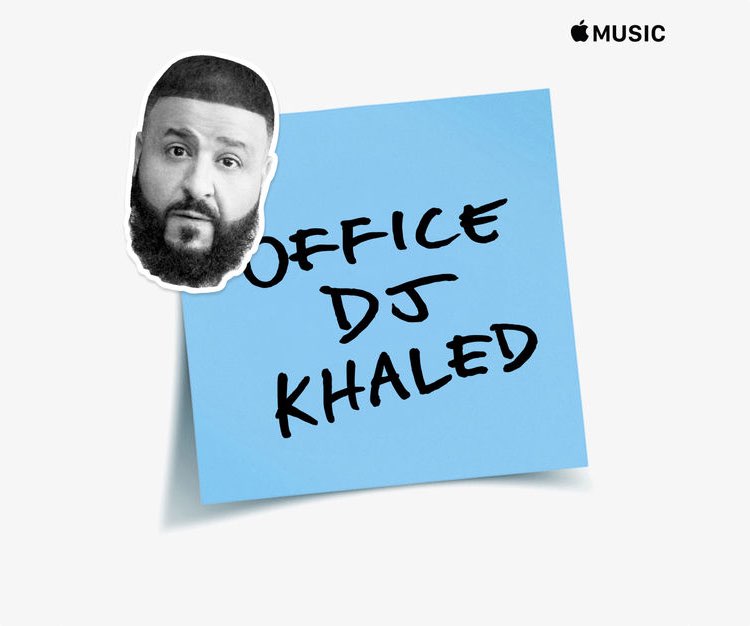 According to Billboard, the title means that he will be charged with managing the biggest playlists on the platform on a monthly basis. Dj Khaled, who played an important part in early Apple Music marketing, will also help debut new artists on Apple’s service.

In a video posted on Instagram, Khaled can be seen wearing an Apple badge and roaming Apple Music’s offices, saying he’s “at work.” He’s also tasked with “breaking new artists.” In the video, Khaled invites record labels to reach out to him with new artist suggestions.

It includes hits from his decorated discography, as well as cuts from Lauryn Hill, Drake, Sam Cooke, Snoop Dogg, Jay-Z and Rick Ros. The artist additionally said that his second playlist, “Gymflow playlist vibe”, will make a debut on Apple’s service next month. Billboard says Apple has agreed to give Khaled total creative control of the service’s most popular playlists.

“Major alert! Bless up Apple Music for making me their very first artist-in-residence,” reads the post. “This means I’m taking over the biggest playlists on the platform every month! The goal is to break new artists in the process. All record labels and artists, hit me up. This month, we’re gonna start with Office DJ and then I might hit y’all wit a Gymflow playlist vibe next month.”

The musician has been hosting his “We the Best” show on Beats 1 radio since February 2016.