New Apple billboards were spotted this morning in major German cities of Hamburg and Berlin, promoting the importance of iPhone user privacy and data protection.

We first saw these in Las Vegas in the United States, and later in Canada.

German blog Macerkopf.de earlier in the week took interesting photographs proving Apple is taking its marketing campaign about iPhone privacy global. One of the billboards seen in the Port of Hamburg uses the (loosely translated) tagline: “The gate to the world. Not to your information” (original: “Das Tor zur Welt. Nicht zu deinen Informationen“). Hamburg, of course, is a major international shipping center that has earned it a nickname “gateway to the world”. 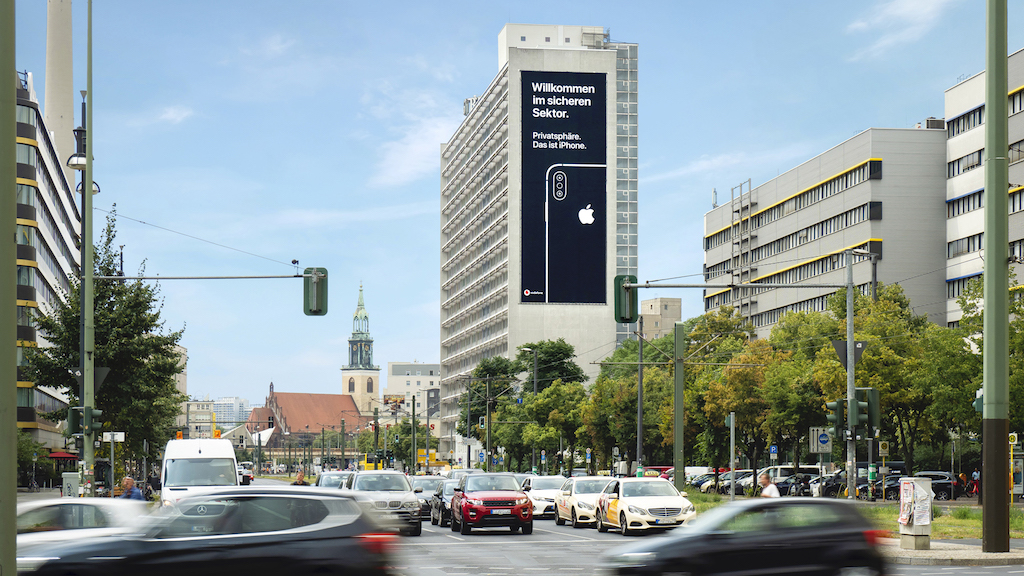 Another billboard reads, “Betrays as little about Hamburgers as Hamburger” (original: “Verrät so wenig über Hamburger wie Hamburger“), which is an interesting play on the city’s location. As MacRumors noted, a tower block billboard in Berlin features the phrase, “Welcome to the safe sector” (original: “Willkommen im sicheren Sektor“). 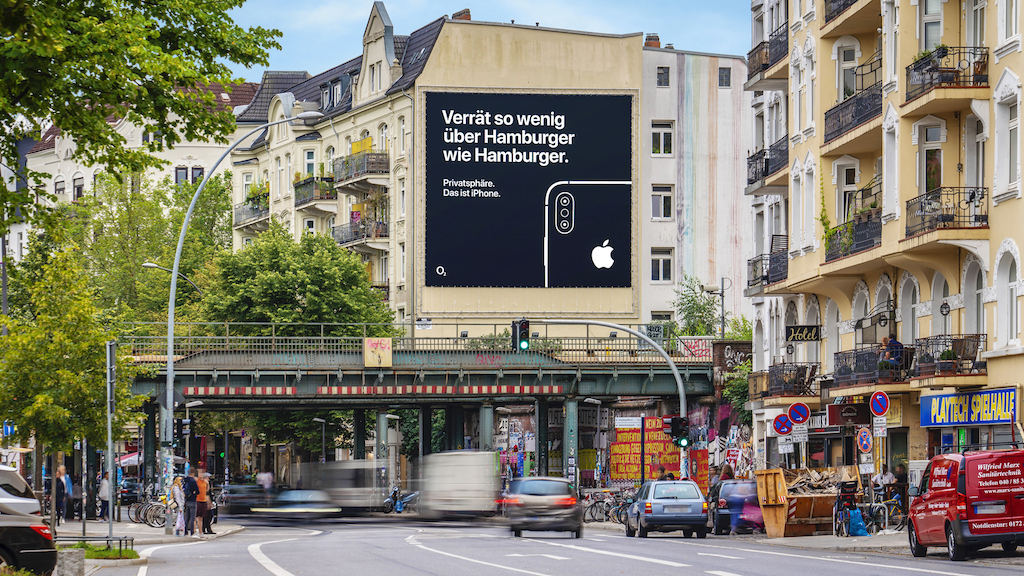 This, too, a play on the city’s past — after Germany lost the Second World War and the Allied forces divided Berlin into the Soviet sector (East Berlin) and the American-British-French sector (West Berlin), the concrete barrier physically and ideologically divided citizens of Berlin from 1961 to 1989. The artificial city border came to symbolize physically the so-called “Iron Curtain” that separated Western Europe and the Eastern Bloc during the Cold War. The fall of the Berlin Wall in November 1991 paved the way for German reunification.

Like in other markets, these billboards and ads use the umbrella slogan, “Privacy. That’s iPhone.” I like how Apple is localizing these billboards. For instance, the company’s billboard in Las Vegas that launched ahead of CES 2019 played on the well-known tourism saying, “What happens in Vegas, stays in Vegas” with the sign reading, “What happens on your iPhone, stays on your iPhone.”

The Cupertino company through its Apple Deutschland channel on YouTube also aired a privacy-focused iPhone ad, embedded right above.

9to5Mac has more on Apple’s billboards in Canada.

In Canada, the billboards were tailored to the specific locations. One was directly outside an Alphabet company building, with the ad reading, ‘We’re in the business of staying out of yours.’ The clear implication was that the same isn’t true of Google. This was matched by another on King Street, reading simply, ‘Privacy is King.’

What are your thoughts on Apple’s privacy-focused campaign so far?