Hot off the heels of the release of unc0ver v3.3.6, Pwn20wnd just released another update for unc0ver this evening, this time bringing the jailbreak tool up to version 3.3.7.

Pwn20wnd announced unc0ver v3.3.7 via Twitter just a few minutes ago, noting that it would make the Sock Port exploit a lot more reliable on 4K devices: 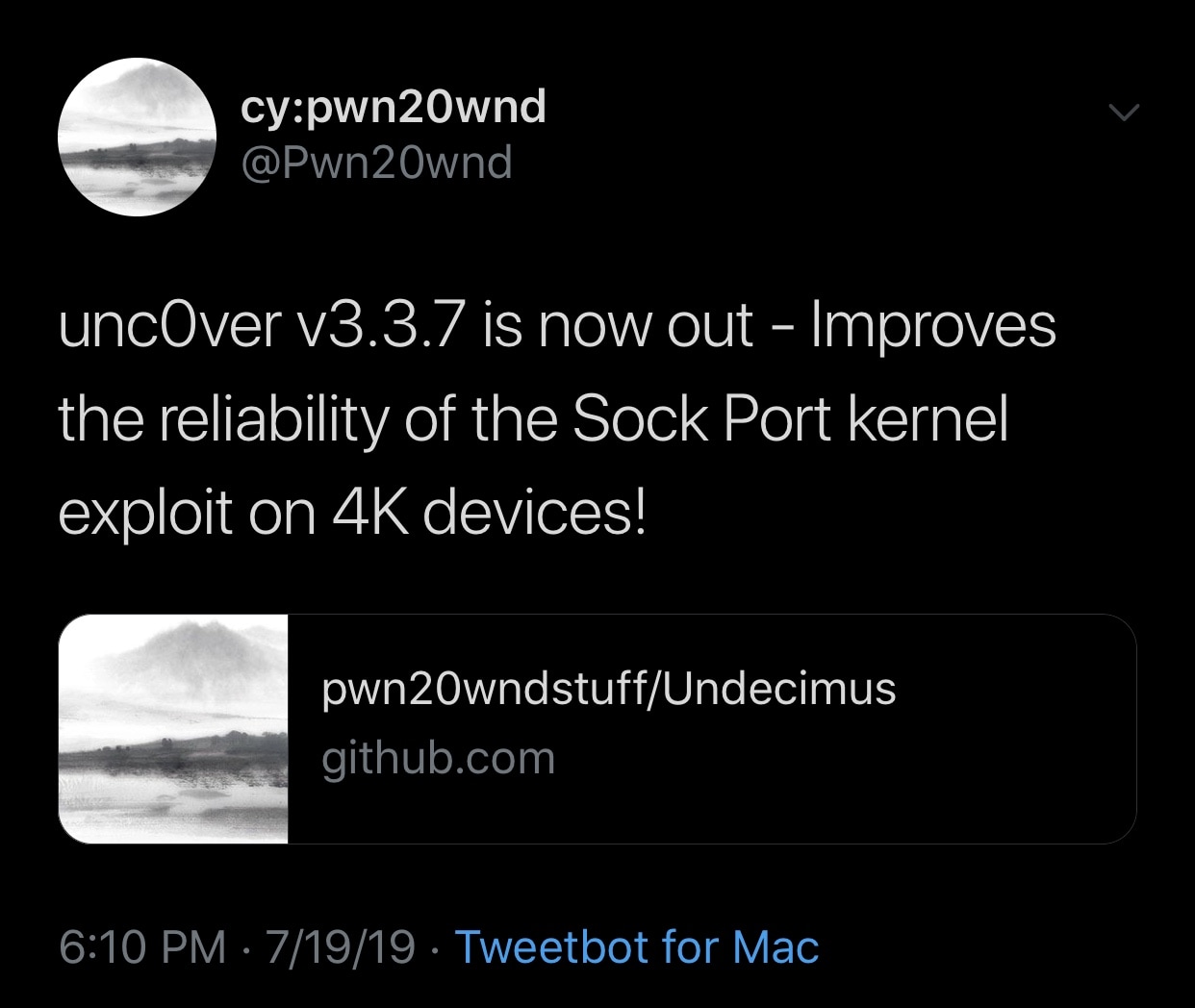 The full change log from Pwn20wnd’s GitHub page is as follows:

If you’re trying to jailbreak an A7-A8 device running iOS 11.0-12.1.4 with unc0ver’s new Sock Port exploit, then you might want to do yourself a favor and run this updated tool to take full advantage of the enhancements. This is not a beta, so it should be safe for the general public to deploy.

Like all other unc0ver updates in the past, version 3.3.7 is available to download from Pwn20wnd’s GitHub page, and our step-by-step tutorial takes you through the process to jailbreak any iOS 11.0-12.2 handset with it.

Have you noticed any discernable improvements in unc0ver v3.3.7? Let us know by dropping a comment below.