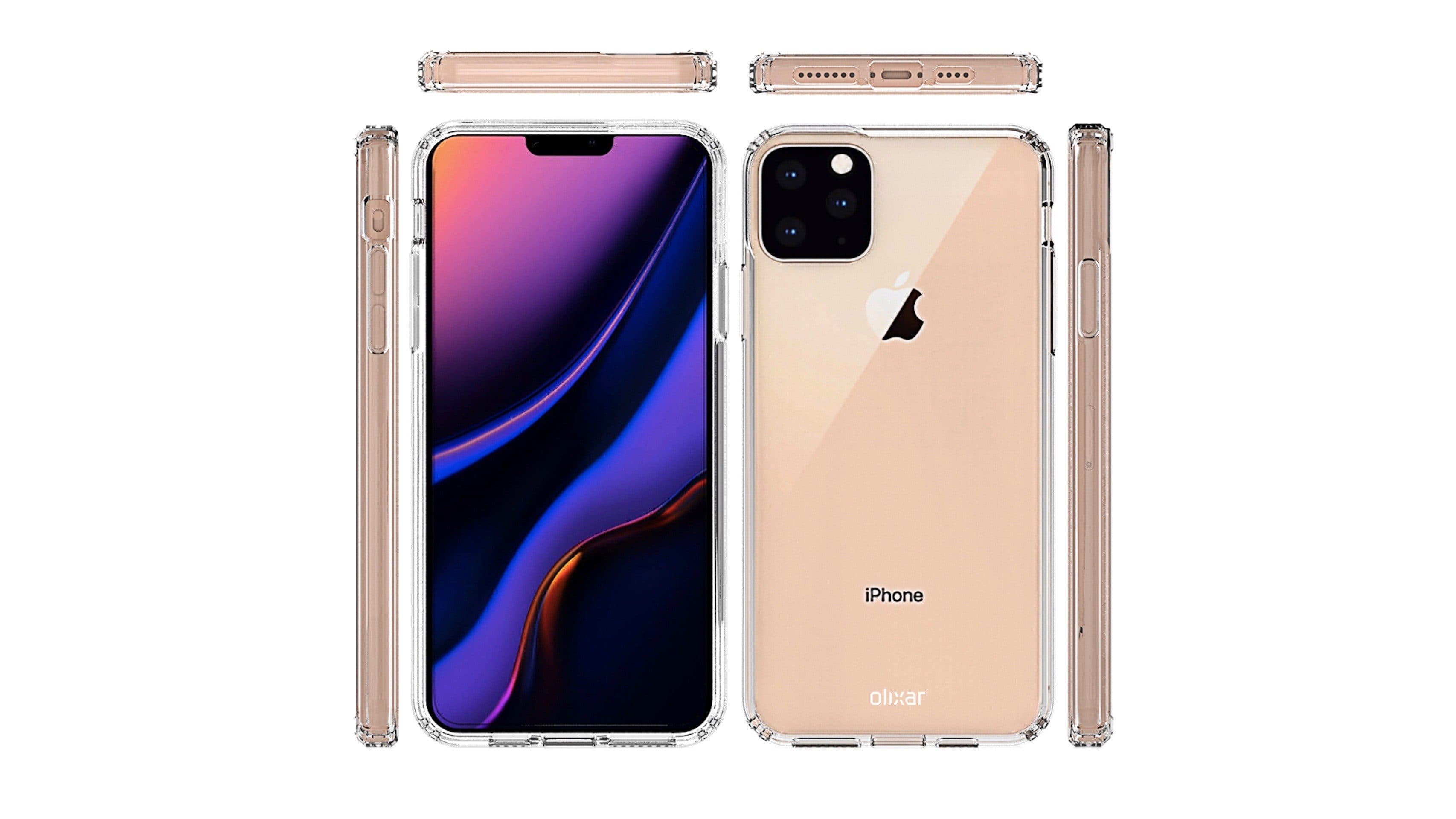 A pretty safe bet at this point is that Apple is going to launch three new iPhones near the end of 2019, and that at least one of them is going to have a square camera housing design on the back. It’s even possible more than one does. But the iPhone 11 Max (or whatever Apple calls it) is shown off in new renders with that rear camera design in full focus.

Case maker Olixar has the latest renders of its upcoming product that the company believes will fit the new, and still very unofficial, iPhone 11 Max later this year. It’s a clear case so we can see the majority of the rendered phone, too, but there isn’t a lot here we haven’t seen before. That includes what appears to be a smaller notch at the top of the display, and the triple camera setup on the back of the phone.

The rounded square design is certainly a way to go about things. So much so, in fact, that we already know that Google is going to follow the same design decision with its upcoming Pixel 4 smartphone.

As far as other interesting tidbits here, it looks like Olixar expects Apple to redesign the mute switch on the side of the iPhone 11 Max. Instead of moving the switch left or right, it looks like this moves up and down. The new design looks more like a circle, too, rather than the rounded rectangular of the current design.

What about a USB-C port you might be wondering? Well, if this render is any indication of what Apple is actually intending on launching later this year, it looks like that won’t be included — again. These renders show a Lightning port on the bottom of the iPhone 11 Max.

So, some big changes in some areas, and no changes in others. It looks like Apple might not be going for a major redesign with the iPhone 11, which isn’t too surprising. In any event, iOS 13, which comes with brand new features like a system wide Dark Mode, will certainly help elevate any new hardware Apple launches later this year.

Based on this render, are you getting excited for the iPhone 11?