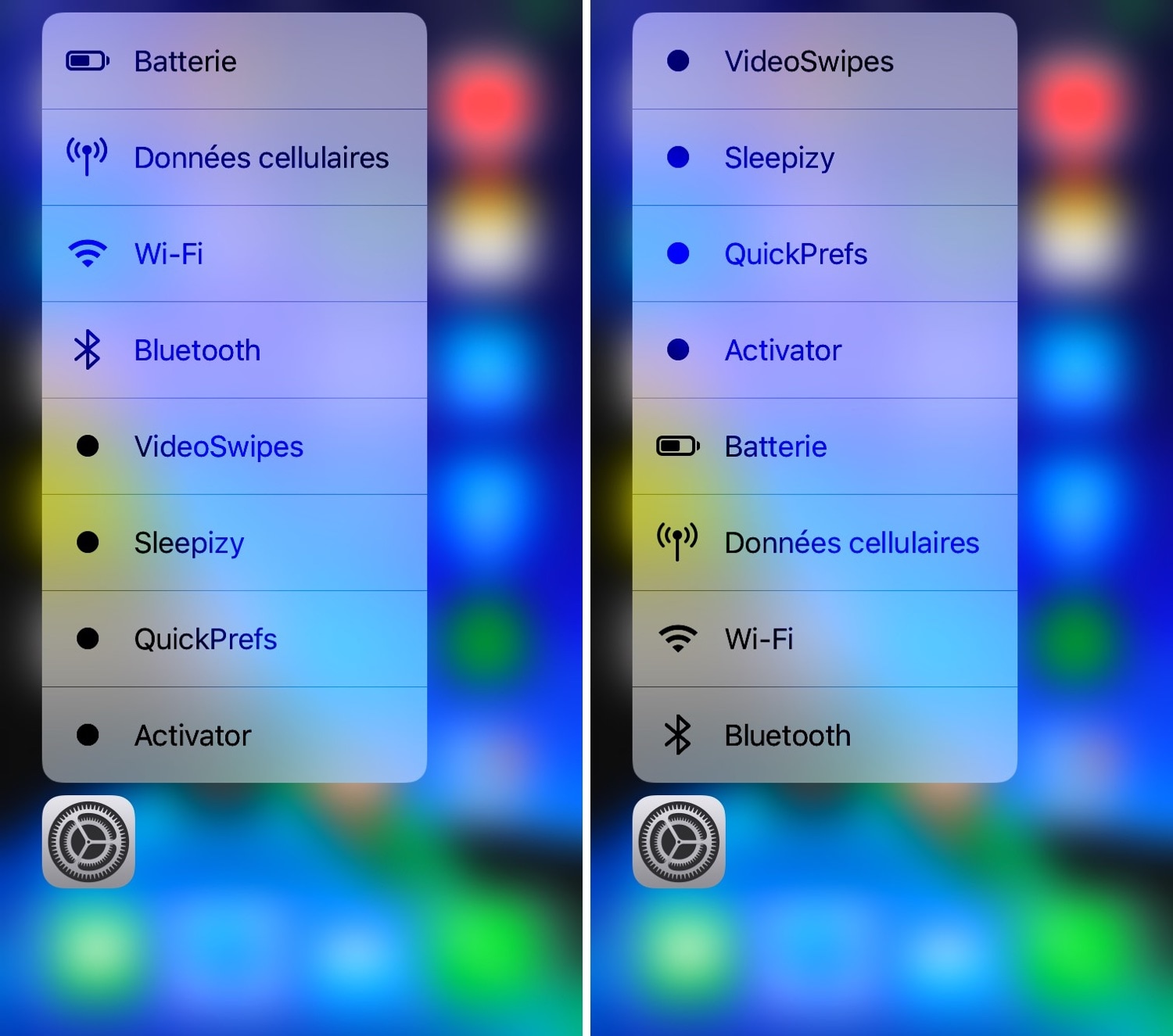 If you have a lot of tweaks installed on your jailbroken iOS handset, then you probably have a plethora of dedicated preference panes lurking in your Settings app. With that in mind, it can be useful in a pinch to have shortcuts to the preference panes you use the most.

With the aforementioned concept in mind, we’re excited to show you a newly-released free jailbreak tweak called QuickPrefs by iOS developer AnthoPak, which makes some of your most-used jailbreak tweak-centric preference panes in the Settings app easier to access.

As you’ll notice in the screenshot examples above, QuickPrefs lets you use a 3D Touch gesture on the Settings app icon to quickly access up to four of your favorite jailbreak tweak-centric preference panes.

As you might come to expect, QuickPrefs lets you designate which preference panes you’d prefer to see in the 3D Touch menus. The tweak will add preference pane of its own to the Settings app where you can configure it to your own personal needs:

The developer provides a Respring button in the preference pane for your convenience, and while a respring isn’t always necessary depending on which options you change, we still recommend using this feature to ensure that your changes get appended.

Since some jailbreakers spend a lot of time modifying their handsets with jailbreak tweaks, we can see how an add-on like QuickPrefs would be a valuable asset to power users. That said, those interested in trying the tweak can download it for free from Cydia’s BigBoss repository in Cydia.

QuickPrefs works on all jailbroken iOS 11 and 12 devices and its source code is available on GitHub for those interested in seeing what makes it tick. QuickPrefs should also work on handsets that don’t support 3D Touch so long as the user installs some sort of port to enable 3D Touch-like gestures on the device.

What are your thoughts regarding QuickPrefs? Let us know in the comments section below!