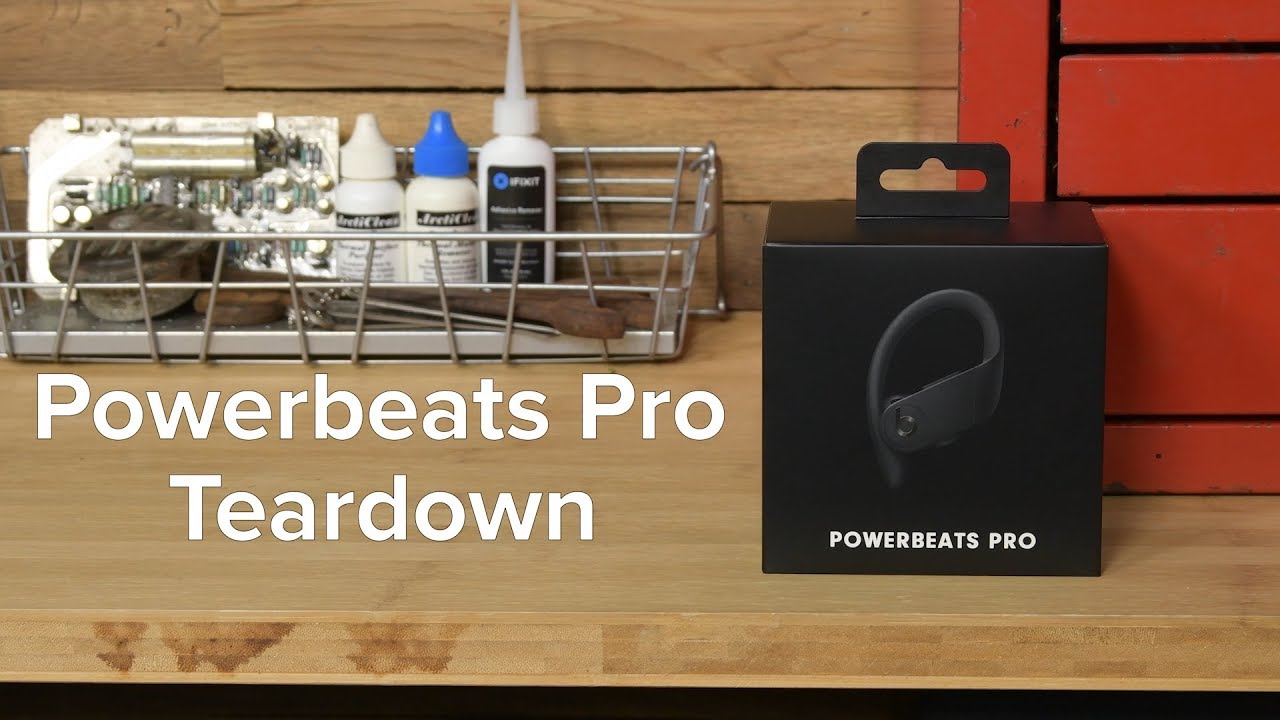 Back in May, the Apple-owned Beats brand officially launched a pair of new “totally wireless” earbuds, the Powerbeats Pro. These share some of the primary, and most appealing features of Apple’s truly wireless AirPods, but lean towards users who want headphones that will last through a workout.

The design of the Powerbeats Pro, along with that water resistance rating, are meant for the folks who exercise or play sports. And, according to iFixit, it’s also the reason why the Powerbeats Pro don’t earn a very high repairability score. Though, for what it’s worth, the score is slightly higher than what the AirPods achieved in their own teardown treatment not too long ago.

The teardown treatment is presented in a video that measures in at almost four minutes. Here’s how the publication describes the video:

It looks like “true wireless” earbuds are here to stay. After the success of Apple’s Airpods, other manufacturers are rushing to snag a spot in this market. So far this year we’ve torn down Samsung’s Galaxy Buds, which turned out to be some of the most repairable earbuds we’ve ever seen, and Apple’s updated Airpods, which were almost identical to—and just as un-repairable as—their first-gen predecessors. Today we’ve got the Powerbeats Pro on our teardown table—the first wireless earbuds made by Apple-owned Beats by Dre.

The major bullet points for the teardown are unsurprising when taken as a collection, especially considering the low repairability score. That includes the fact that if you do choose to open up the Powerbeats Pro for some reason, you’ll likely see some cosmetic damage as a result. The battery inside the Powerbeats Pro totally wireless headphones is slightly soldered into place, and Beats went with a common button-cell option.

As far as replacing the battery goes, though, the teardown shows that while it’s not entirely impossible to achieve, it is not an easy process by any means. It should probably not be tried by the faint of heart, basically. As for the size of the battery, it’s 200mWh. Compare that to the 93mWh battery Apple uses in the AirPods, and that extended battery life in the former model certainly makes sense.

The ribbon cables inside the headphones aren’t designed to detach, and it looks like the charging case is a mess in its own right. iFixit says they had to use “tons of heat” and plenty of “prying” to get the case open, with a ton of adhesive in place.

iFixit attaches a repairability score of 1 out of 10 for the Powerbeats Pro.

You can check out the full teardown video below:

If you picked up the Powerbeats Pro, what do you think of the totally wireless earphones? Are they your new favorites? Or do you find yourself using AirPods more often?