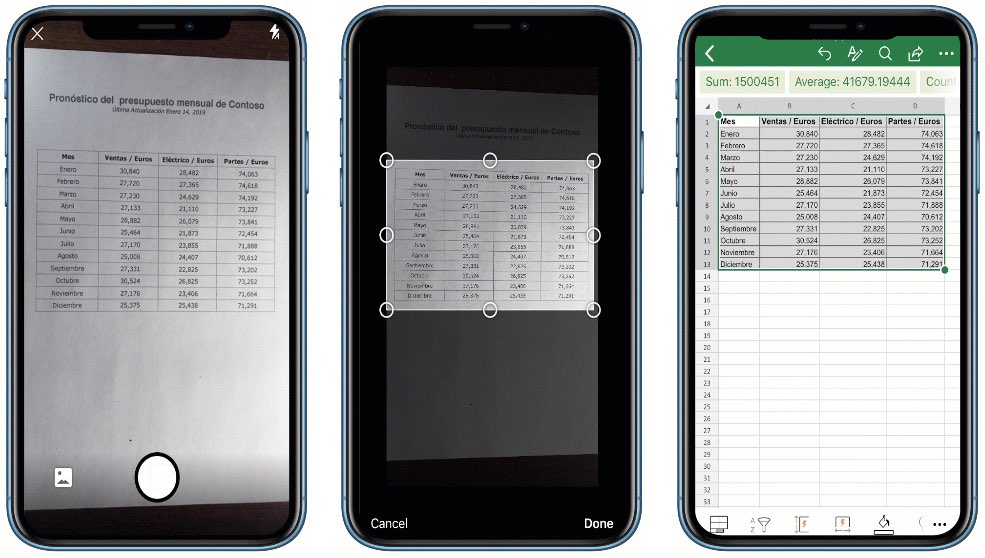 Microsoft yesterday announced a cool table-creation feature in Excel for iPhone and iPad which takes advantage of your iOS device’s built-in camera, computer vision and machine learning to turn a photo of data in a table format into an editable spreadsheet in the app.

The feature, called Insert Data From Picture, is now available in 21 Latin languages after previously making its debut in Excel for Android. Any formatted data in a table format can be scanned and turned into a digital format, from your typical financial spreadsheets, work schedules and task lists to various timetables and so forth.

The feature was developed by Microsoft’s teams in Serbia and India.

They’ll be bringing this capability to other aspects of the Office suite. In the future, the company says, you’ll be able to take a picture of handwritten notes on paper and import the text directly, similar to the handwriting recognition tools that are already built into OneNote.

The Insert Data from Picture feature works by combining advanced optical character recognition (OCR) technology, layout understanding techniques, and machine learning models to transform paper-based information into digital data. We’ve used these and other technologies across Office apps, including the PDF Reflow feature for Word and Office Lens and in the Seeing AI app.

Excel for iOS is free on App Store, but a subscription is required to use editing functionality.