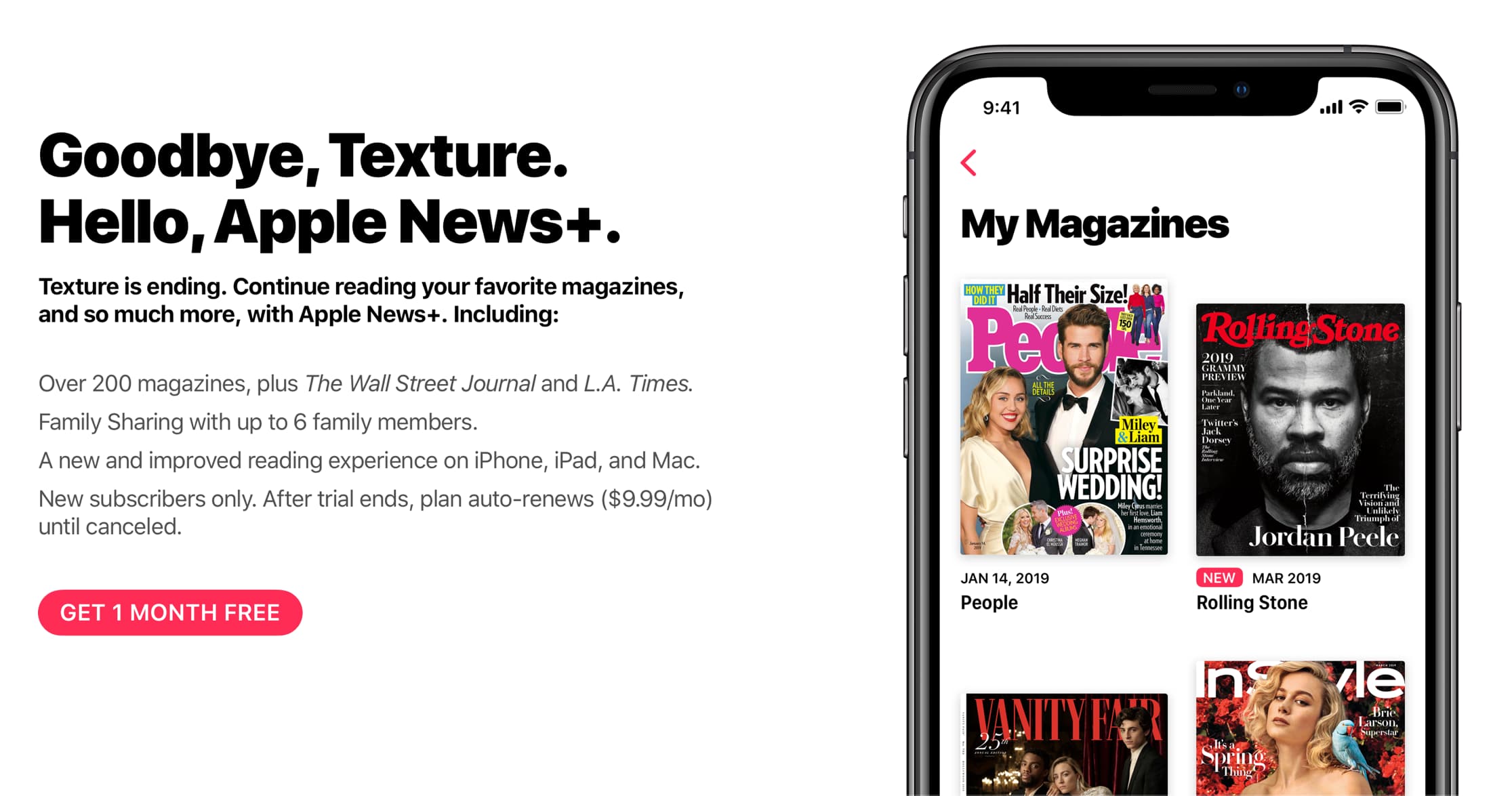 Apple purchased Texture, a digital reading service that offered a variety of magazines and more for a set monthly fee, back in March of 2018. The company was quick to fold that company’s features into its own idea, launching Apple News+ for $10 per month a year later. But for the new service to live, the old one must die.

At least, that’s how Apple sees it. The company confirmed not too long ago that it would be shutting down Texture before the end of May of this year, and, sure enough, that has come to pass. Texture is officially shut down at the time of publication, with Apple suggesting visitors to the website try out Apple News+ in its place.

On the official Texture website, Apple says, “Goodbye, Texture. Hello, Apple News+”, with a quick addition that with the end of Texture, users can keep reading their favorite periodicals with the new service instead. That includes access to over 200 magazines, as well as content from The Wall Street Journal and L.A. Times.

Apple News+ does offer up something Texture didn’t: Family Sharing. This means that up to 6 people under the same family account can take advantage of Apple News+’s expansive content with just the single $10 per month subscription pricing. Plus, Apple News+ is available on iOS and macOS.

Apple is still promoting a one month free trial, but that’s only for new subscribers. That was apparently a pretty lucrative deal to start with, because early reports indicated Apple News+ saw a lot of folks sign on with their first free month trial, actually surpassing Texture’s subscriber base at its peak.

As far as Apple and the acquisition of Texture, it was reported that the company paid upwards of $485 million for the subscription service and its content.

Are you still subscribing to Apple News+? If so, how do you like the service so far?