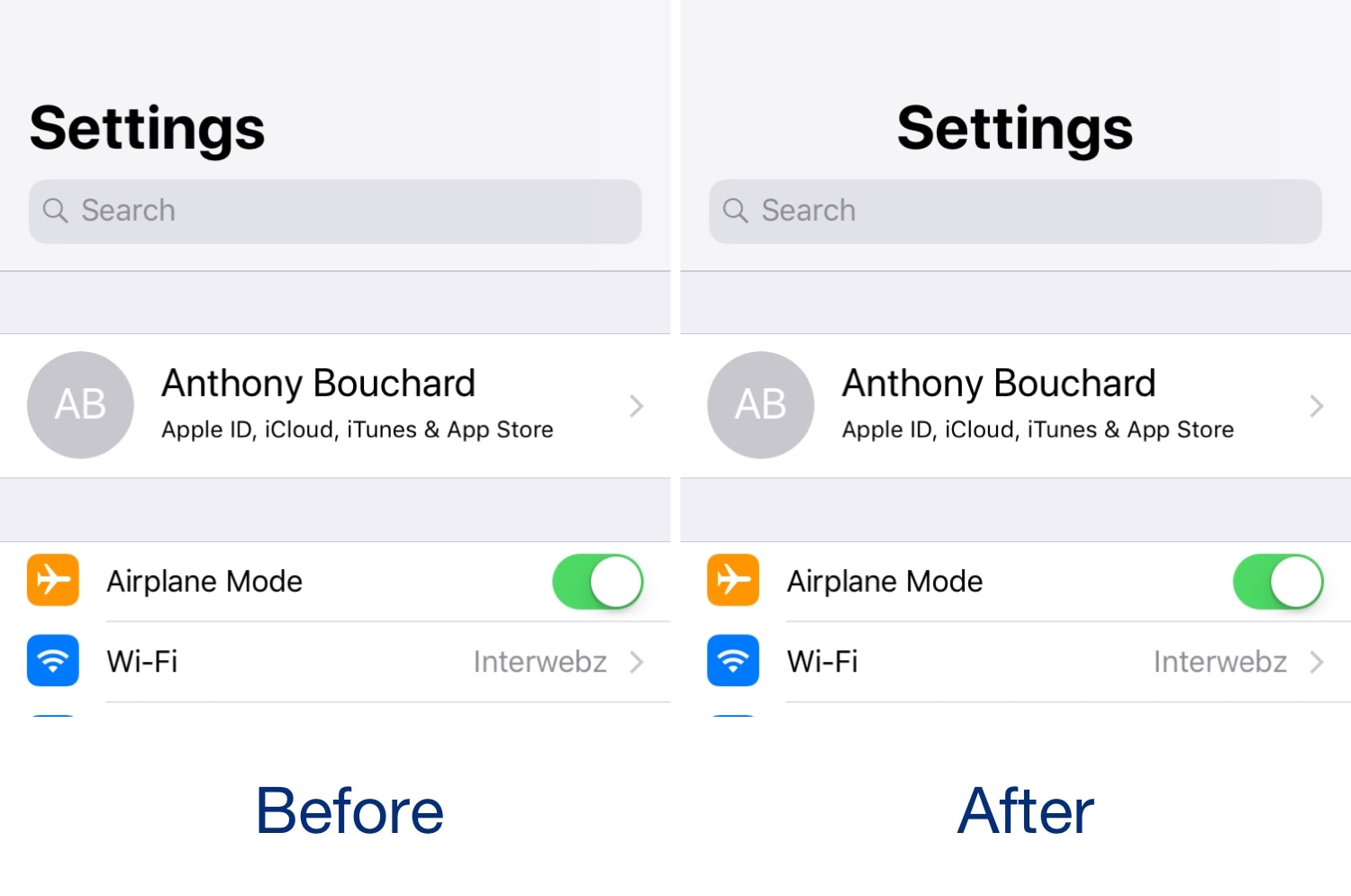 iOS 11 and 12 introduced a lot of changes over iOS 10, but in the aesthetics department, the large emboldened titles that appear in certain apps really tend to stick out.

The emboldened titles don’t look terribly horrendous, but one of the most common complaints that we see regarding them is Apple’s choice to left-align the text. Given the circumstances, iOS developer level3tjg came up with a free jailbreak tweak called CenteredLargeTitles to resolve this debacle for the picky ones.

As you can see in the before and after screenshot examples above, CenteredLargeTitles does precisely what you’d expect it to do: it center-aligns those large, emboldened titles in the apps they appear in.

The example above depicts how CenteredLargeTitles looks in the native Settings app, but the tweak also seems to impact all other apps on your device that use Apple’s native title feature. Worthy of note, this includes the Cydia app, which got a fresh facelift with unc0ver thanks to the help of Sam Bingner: 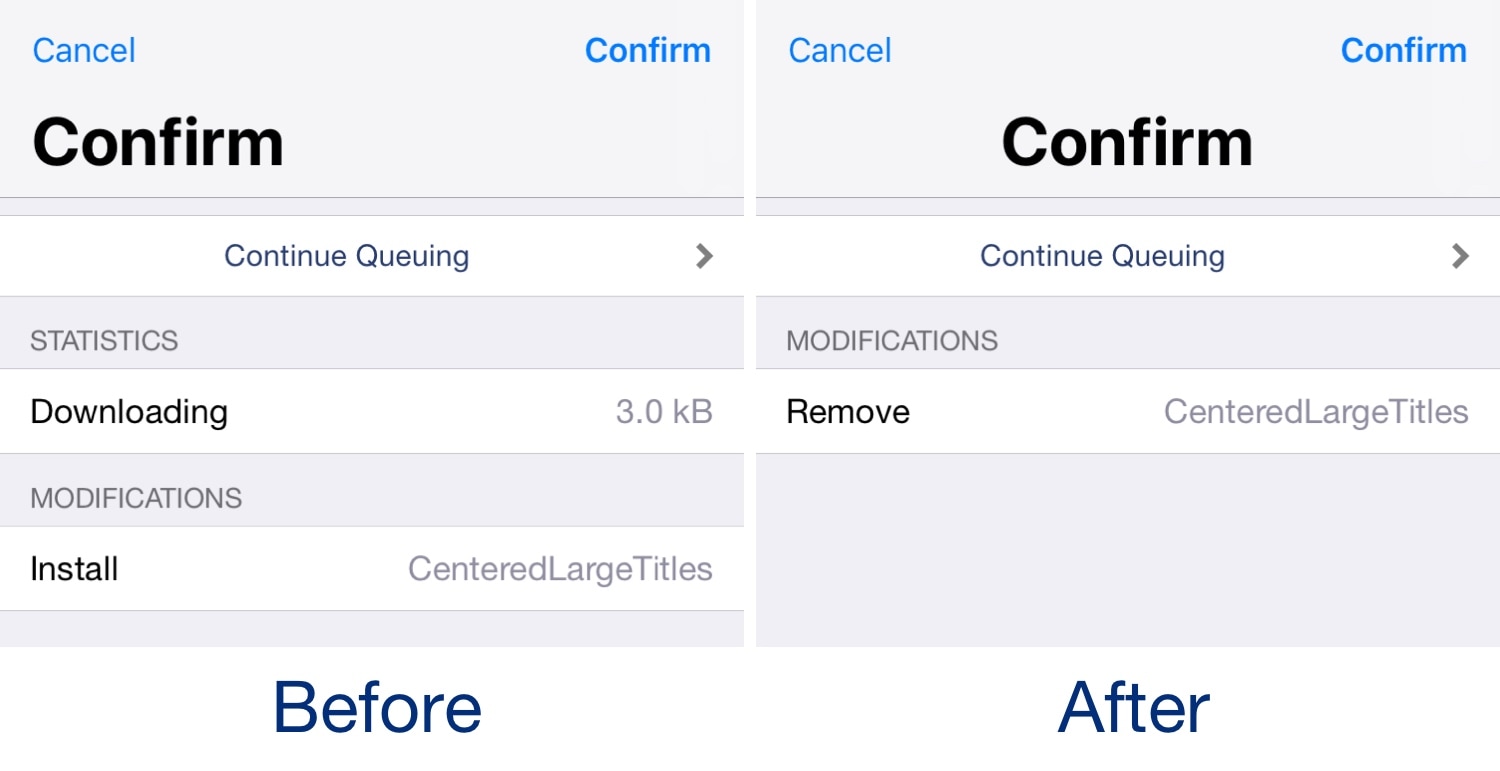 CenteredLargeTitles doesn’t come with any options to configure, and frankly, it doesn’t need any. Those who fancy the centered text aesthetic can install this tweak to achieve just that or uninstall it to return to the native text alignment.

If you’re interested in trying CenteredLargeTitles, then you can download it free of charge from level3tjg’s beta repository in Cydia or Sileo. The tweak is explicitly intended for jailbroken iOS 11 and 12 devices and works in most apps.

If you aren’t already using level3tjg’s beta repository, then you can add it to your package manager of choice via the following URL:

Do you prefer your app titles left-aligned or center-aligned? Discuss in the comments section below.