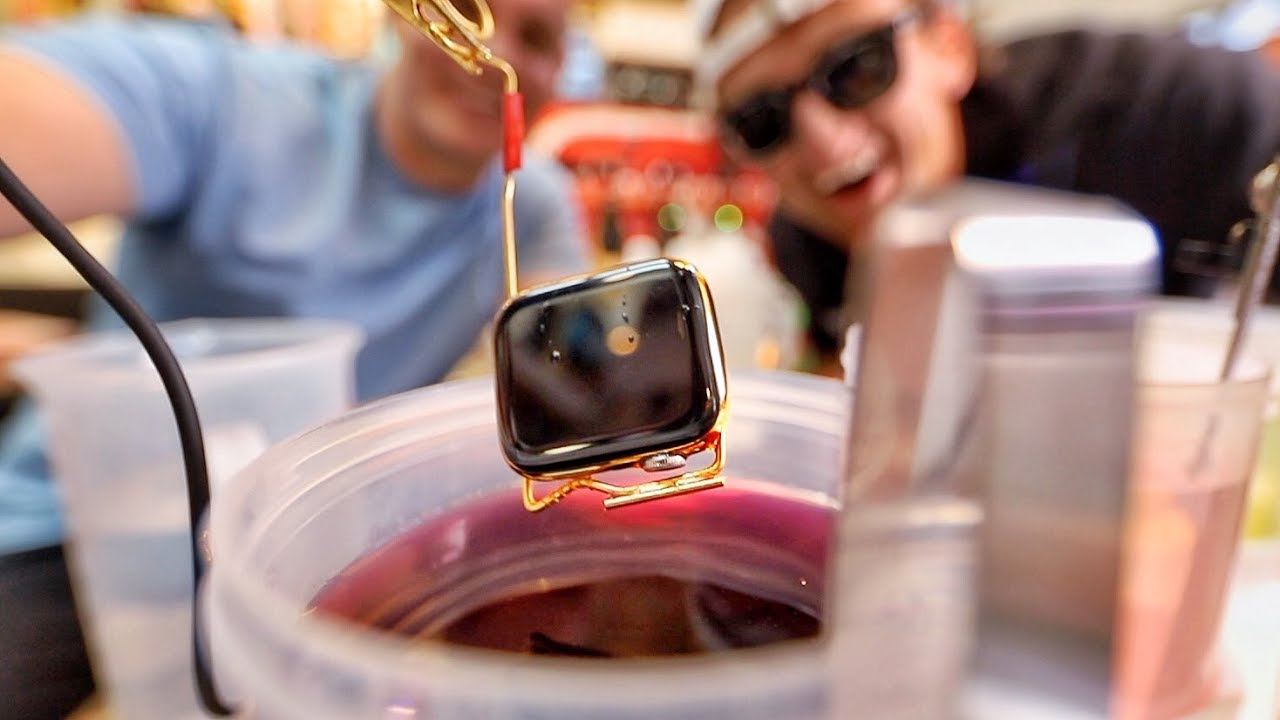 Remember the gold Apple Watch Edition? It was Apple’s effort at making a luxury smartwatch that didn’t really go anywhere, and led the company to ultimately cancel the idea back in 2016. Now, three years later, two popular YouTubers have decided to bring the idea back to life, just with a different spin.

To make this all happen, the pair had to take some necessary steps. To make it hydrophilic to survive the dip into gold, they put the Apple Watch in an electro-cleaner solution. They had to etch the chrome out of the case as well, which meant dipping it into an acid solution.

This is obviously not going to be an option for everyone. Or anyone, really. But that just puts it on the same pedestal as the original Apple Watch Edition which started at $10,000. Thankfully Apple has decided that while the Apple Watch can still look high-profile enough with its general design and watch bands, a gold option isn’t really necessary anymore.

Still, it’s fun to watch someone else dip their own Apple Watch into pure gold, if for no other reason than curiosity. It is kind of crazy that it turns on again after all of that. And with the strap the duo choose to put on at the end, it’s actually a nice looking wearable.

What do you think of the gold-dipped Apple Watch?