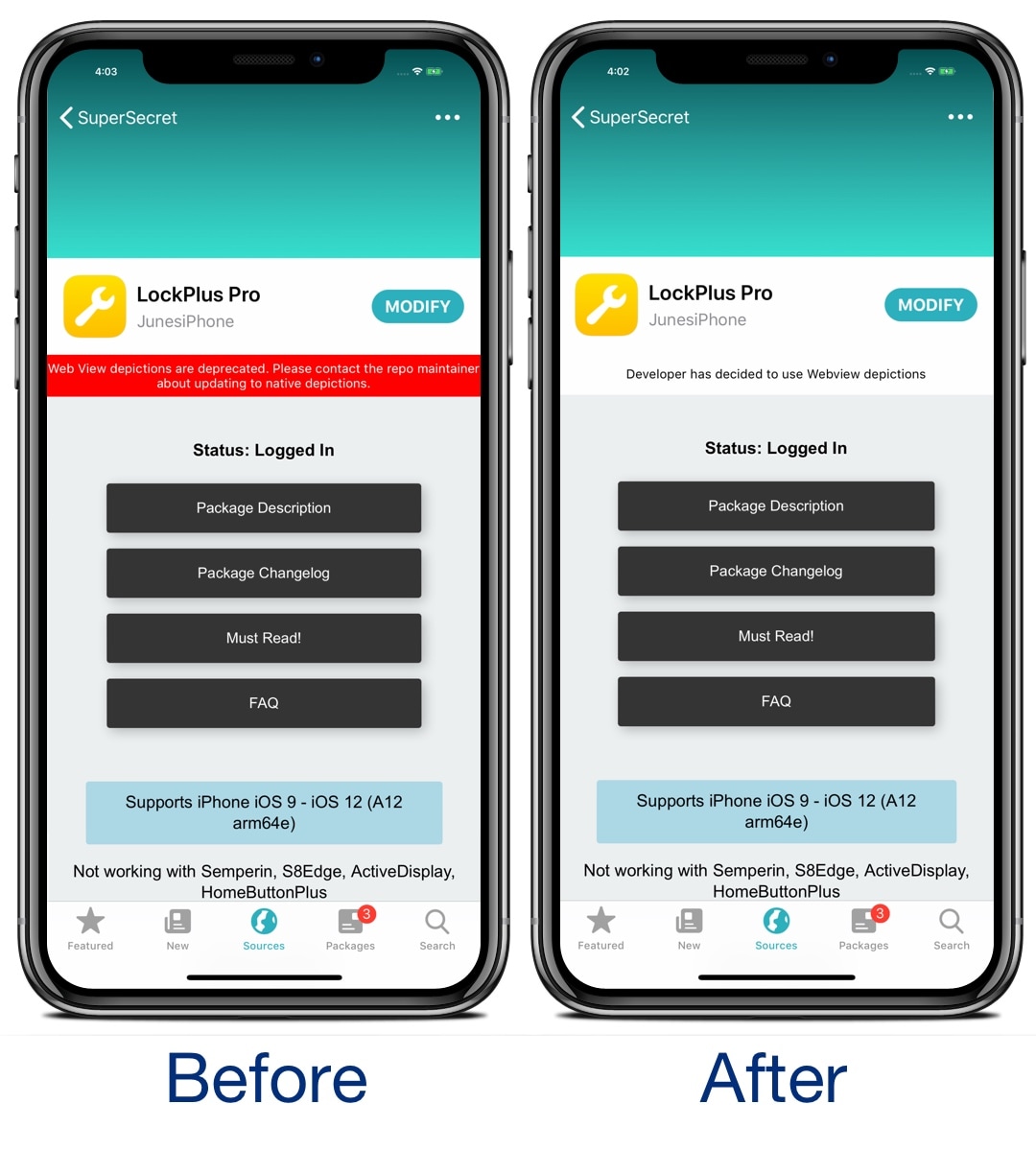 If you’re using the Sileo package manager on the Chimera or Electra jailbreak from the Electra Team, then you’ve undoubtedly stumbled upon a few repositories where the app displays an unsightly red banner just below the tweak’s name with a warning about how web view depictions are deprecated.

Those who use the Sileo app on a regular basis have probably gotten in the hint by now, and so if you’re getting tired of seeing this red banner each time you go to download a jailbreak tweak, then you just might come to appreciate a new free release called SileoNoBanner by iOS developer JunesiPhone.

Just as the name implies, this tweak implements a few different tricks to do away with the unsightliness of the red banner. According to the developer, it changes the background of the banner to white and changes the text to “Developer has decided to use a webview depiction.”

As you’ll see in the before and after screenshot examples above, SileoNoBanner makes webview-based jailbreak tweak depictions look a whole lot nicer than they did with the big red warning banner appearing front and center, and we expect that most users will come to enjoy the fruits of using this tweak.

SileoNoBanner doesn’t come with any options to configure, and so what you see is what you get. Moreover, the tweak supports jailbroken iOS 11 and iOS 12 devices with Sileo installed – you won’t need it if you’re using Cydia instead.

You won’t find SileoNoBanner in any default repositories; instead, you’ll need to add the following repository to Sileo to download the tweak:

Do you mind the red warning banner in Sileo, or will you be downloading SileoNoBanner? Let us know in the comments section below.