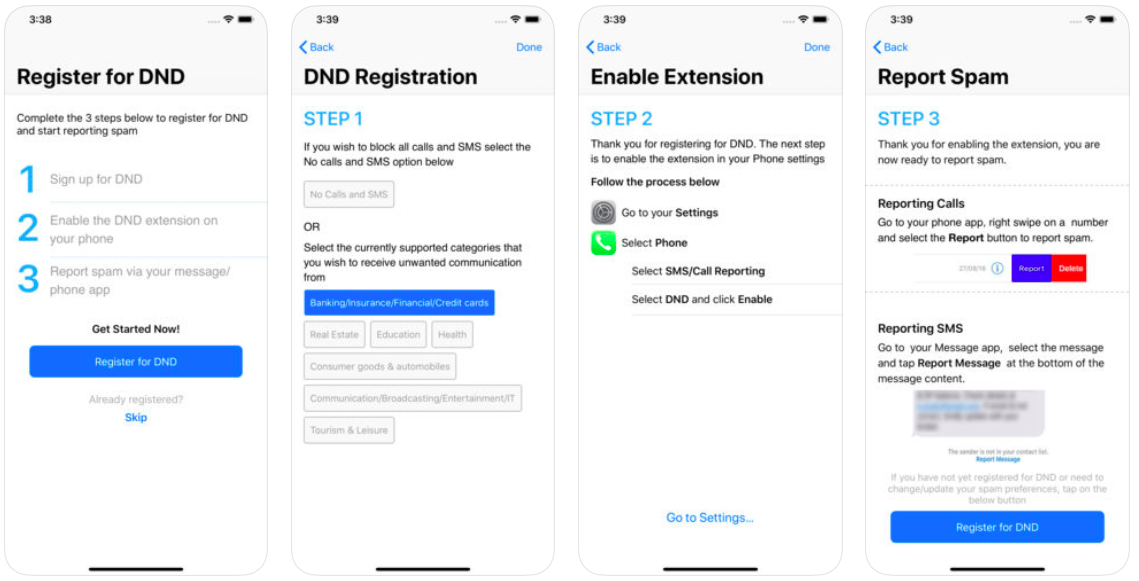 The app, called TRAI DND – Do Not Disturb, is now available on App Store in India.

The software allows Indian users to join the country’s do not disturb registry, which debuted in 2016, as well as report unwanted contacts. Doing so blocks marketers, but businesses have managed to game the system by using multiple phone numbers for promotions. The app does not block any texts or calls from authentic businesses or entities that the user has subscribed too, like banks, food delivery apps, ride hailing apps and so forth.

Unsolicited marketing calls and messages pose a huge problem to smartphone customers in India, which has population of 1.34 billion people. Reports have suggested that the average person in India receives upwards of 10 unwanted calls and messages in a given day.

In November 2017, a report emerged that Apple had agreed to assist the government of India in developing this anti-spam app for iOS that would let users mark and report spam callers.

The software debuted on Android the prior year.

Because the Cupertino company has been dragging its feet with approval, the country’s regulatory body in August 2018 threatened to “derecognize” iPhone from local wireless networks if Apple didn’t approve the app by January 2019.

The important thing is, the app is now available for free on App Store.