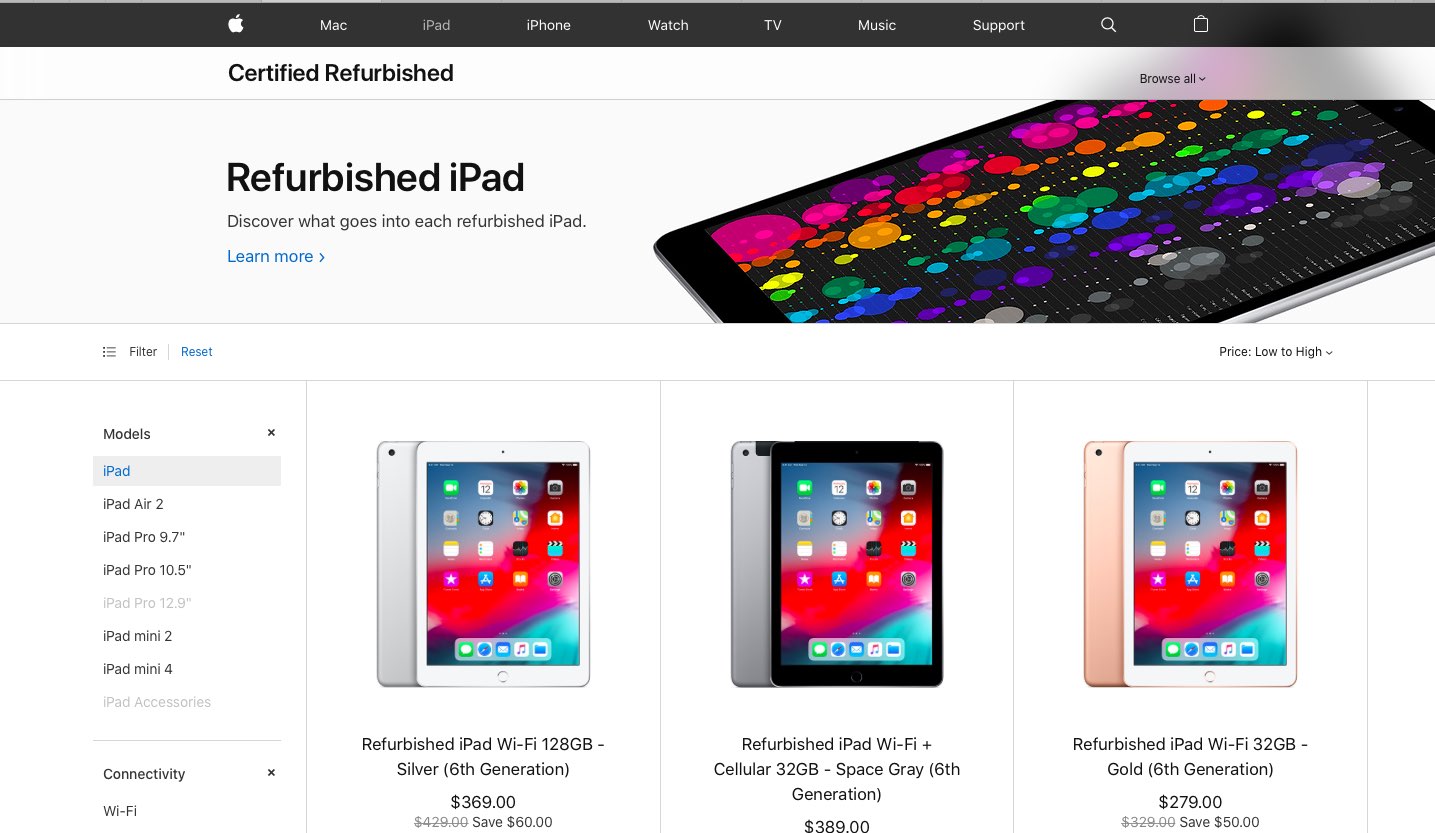 Apple’s online store now offers refurbished units of the 9.7-inch iPad model which released in March of last year starting at just $329. The inexpensive Apple tablet is available with up to a fifteen percent discount versus its brand new counterpart.

This is the first time Apple has offered the sixth-generation iPad refurbs since the tablet’s release in March 2017. As first noted by MacRumors, the following configurations are available:

All refurbished 9.7-inch iPad units are currently available in Space Gray, Silver or Gold. Orders placed today should be delivered in the first week of December.

Refurbished devices have been thoroughly cleaned, with new battery and outer shell, and genuine Apple parts (if needed). All Apple refurbs are packaged in a white box. Lastly, all certified Apple refurbished products come with standard one-year limited warranty.