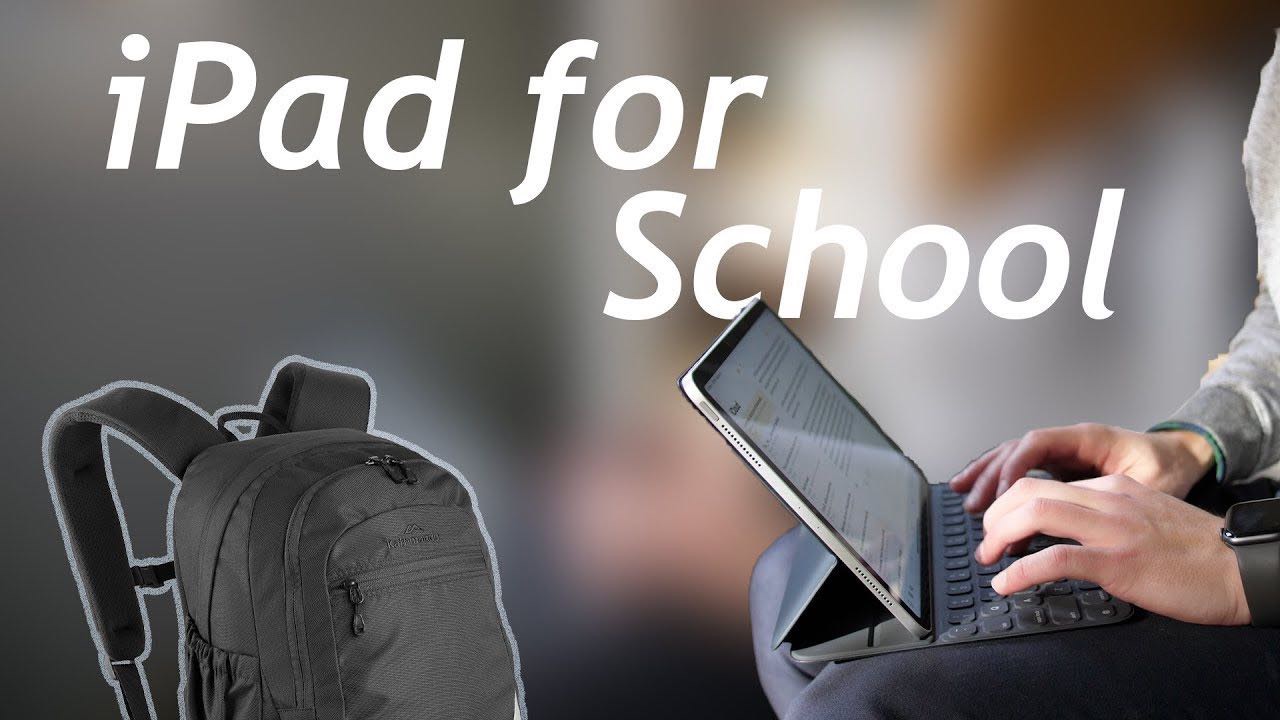 Our young video guy Harris Craycraft is a college student who doesn’t shy away from using his Apple tablet for education. Quite the contrary, Harris is big on the new iPad Pro + Apple Pencil combo and has been vocal about the creativity and productivity afforded by the note-taking and sketching features of the Apple tablet. That’s why we’ve asked him to put together a little video walkthrough to share how precisely he uses the latest iPad Pro at college.

Of course, he uses Notability, which is one of the best apps out there for annotating PDFs, creating sketches and more. Beyond note taking, Harris also uses Microsoft Office, the iWork suite and a bunch of other apps to do his calculus homework, learn Spanish, move the documents around and bring all those files together in a central place in his iCloud Drive.

Follow along with iDownloadBlog as Harris explains how he uses his 11 and 12.9-inch 2018 iPad Pro models with Smart Keyboard at college for homework, notes, essays and more.

Now, Harris stated in the video that he sends documents to his computer for printing because his printer lacks support for AirPrint, Apple’s technology that allows you to print anything wirelessly from an iOS device. As one of the YouTube commenters stated, he could easily overcome this drawback by setting up a Raspberry Pi as an AirPrint server for the printer.

Harris also published a similar video over on his personal channel in which he talks more about how he takes notes using his 11-inch iPad Pro model with the second-generation Pencil.

All I can say after watching both these videos is that I wish I had something like an iPad Pro back when I was in school, or any tablet for that matter!