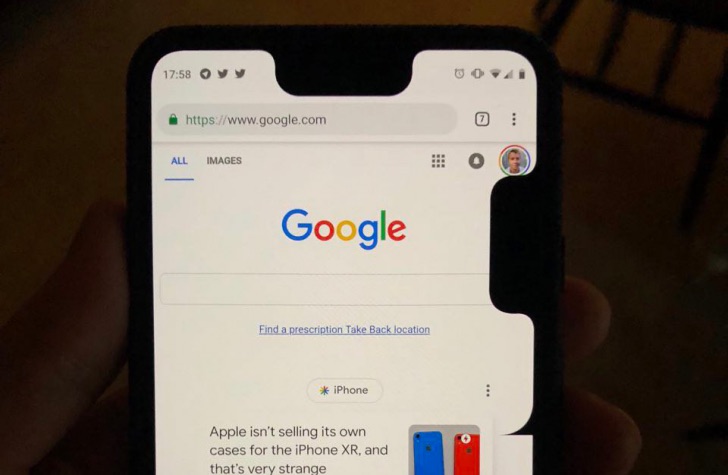 The recently released Google Pixel 3 XL handset ships with a notch like the one found on the iPhone X, iPhone XS, iPhone XS Max, and iPhone XR. For some early Google Pixel 3 XL device owners, there are actually two notches present thanks to a weird software glitch.

According to Android Police, the bizarre problem began showing up on some devices over the weekend. For these users, there’s a software-created notch on the right-hand side of their device.

So my Pixel randomly grew another notch today. 😂 https://t.co/c6Pff9MVmW pic.twitter.com/ugjfLmCkDZ

Google has confirmed some users are experiencing the double notch and promises a bug fix is “coming soon.” If you’re having this problem, NDA-Developers says there’s a simple manual fix:

All you have to do to fix this issue is to reboot your device. The bug is very rare (I’ve never met it) and very easy to fix, fortunately.

Do you know someone experiencing this problem with their new Pixel 3 XL? Let us know below.