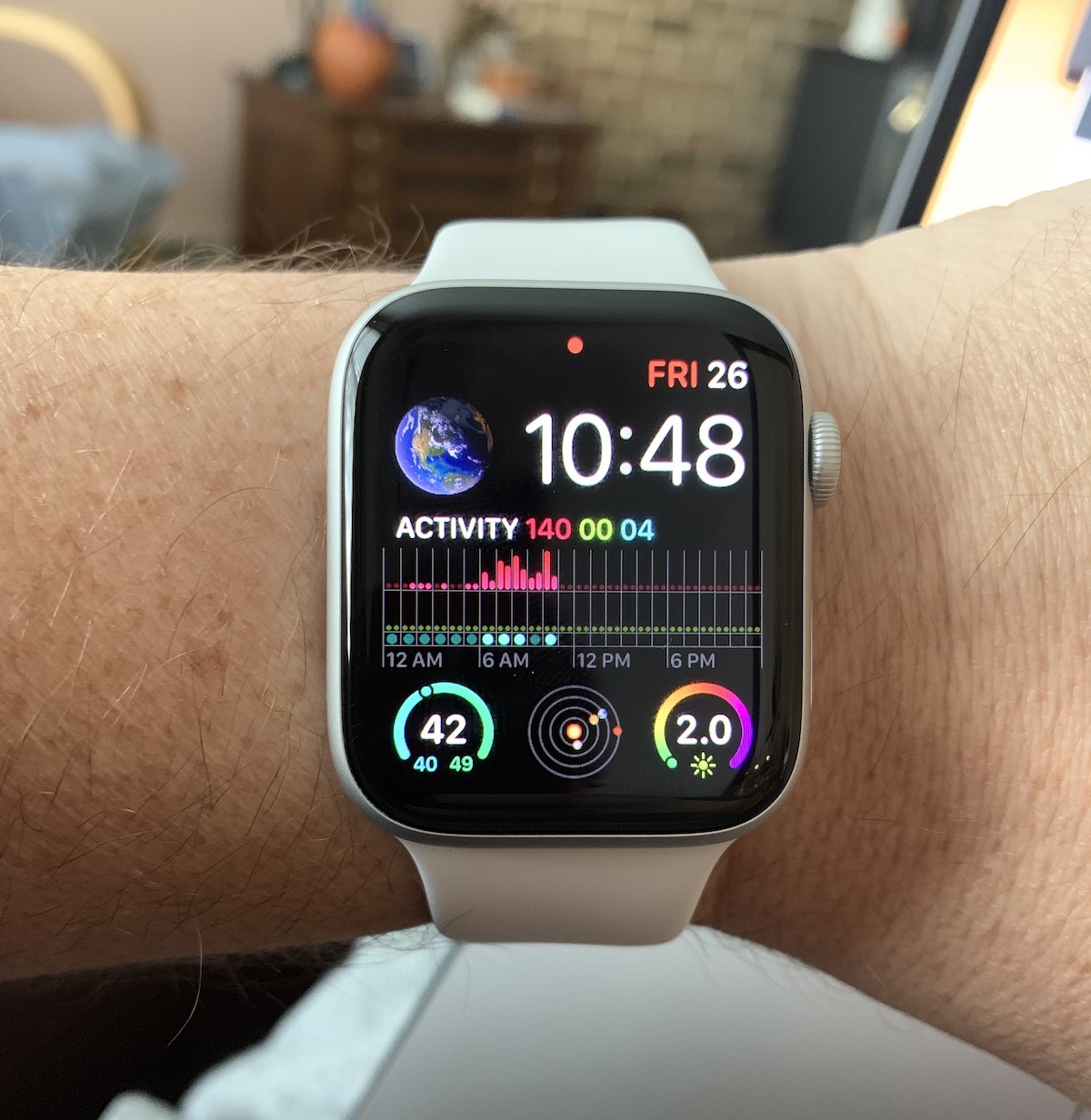 Earlier this month, Apple Watch Series 4 owners in Australia and New Zealand had to deal with a software bug when the clocks were changed for Daylight Saving Time. The same bug could now affect those in parts of Europe who change their clocks this weekend. Luckily there’s an easy fix.

As previously noted, the bug has to do with the large Activity complication on the Infograph Modular face that’s exclusive to the Apple Watch Series 4. The complication includes a graph for 24 hours. When the time changes, thereby increasing or decreasing the hours in that day by one, the complication crashes because it wasn’t designed to handle the adjustment.

When the DST bug struck Apple Watch Series 4 users in Australia earlier this month, the result was consistent crashing and rebooting. The issue automatically resolved when the day changed and the cause corrected itself, and customers who managed to change the watch face complication could avoid it.

Apple’s expected to fix this problem with a software update before the United States goes back to Standard Time on Sunday, Nov. 4. Unfortunately, that won’t help those in Europe who will do the same one week earlier, this Sunday, Oct. 28.

Although the watchOS 5.1 update probably fixes this issue, it hasn’t been released to the public yet.

Here’s what to do

Without a software update, 9to5Mac offers a simple solution for those in Europe:

You can simply change your watch face or just the large complication on Infograph Modular to avoid the risk of reboots and crashes as the clock rolls back on Sunday.

We’ll let you know when Apple releases watchOS 5.1 to the public.