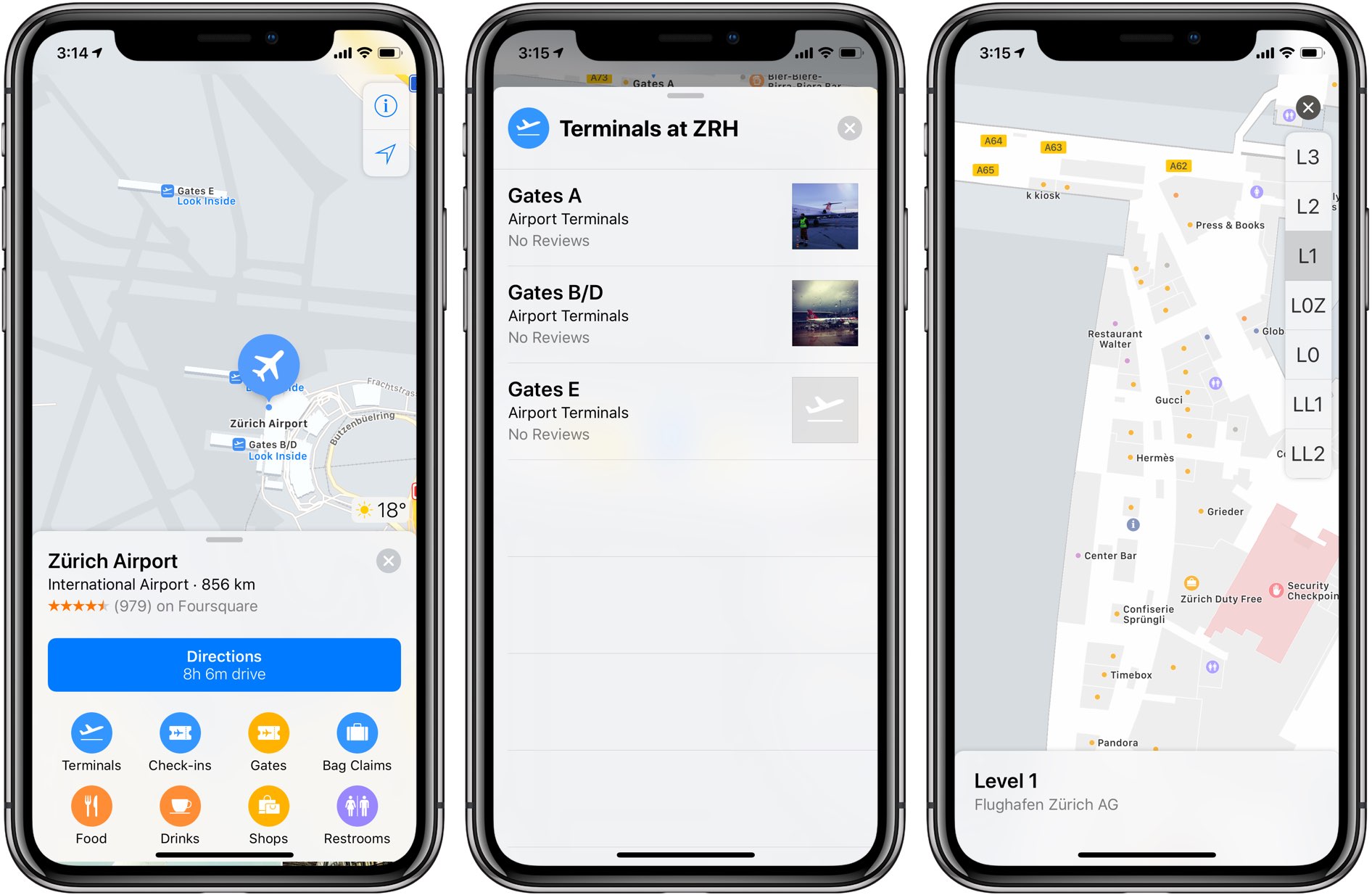 Indoor maps for the Zurich airport provide location information for passport controls, security checks, toilets, shops and other points of interest. For our US readers, Zurich is a picturesque town situated at the north end of Lake Zurich in northern Switzerland that doubles as a global center for banking and finance.

The 8.5 million people country made headlines with its open API project that made commute data for all train, tram, bus, boat and other funicular connections readily available to third-parties such as Apple, Google and others.

Apple highlights these Maps service expansions on the official iOS Feature Availability webpage but the latest updates for Switzerland and the Zurich airport have yet to be added.