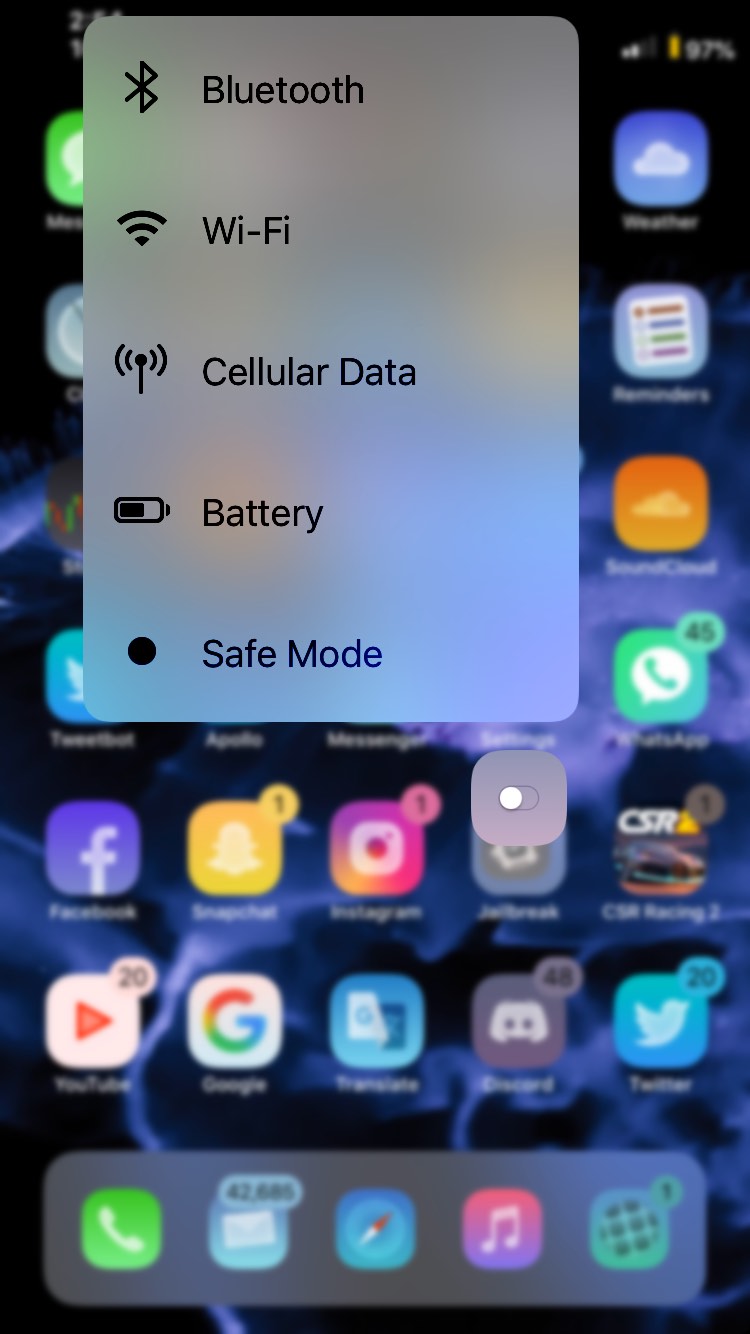 Most modern iPhones support 3D Touch, a means of pressing firmly on your display to reveal additional options or features at a glance. Using a 3D Touch gesture on a Home screen app icon exposes a bevy of shortcuts for that specific app.

As useful as these 3D Touch menus can be, Apple doesn’t let you customize their appearance out of the box. Fortunately, a new free jailbreak tweak called Better3DMenus by iOS developer dpkg_ picks up the slack.

Better3DMenus provides a boatload of options for modifying the aesthetic of iOS’ 3D Touch menus. You’ll find them in a new preference pane in the Settings app after installation: 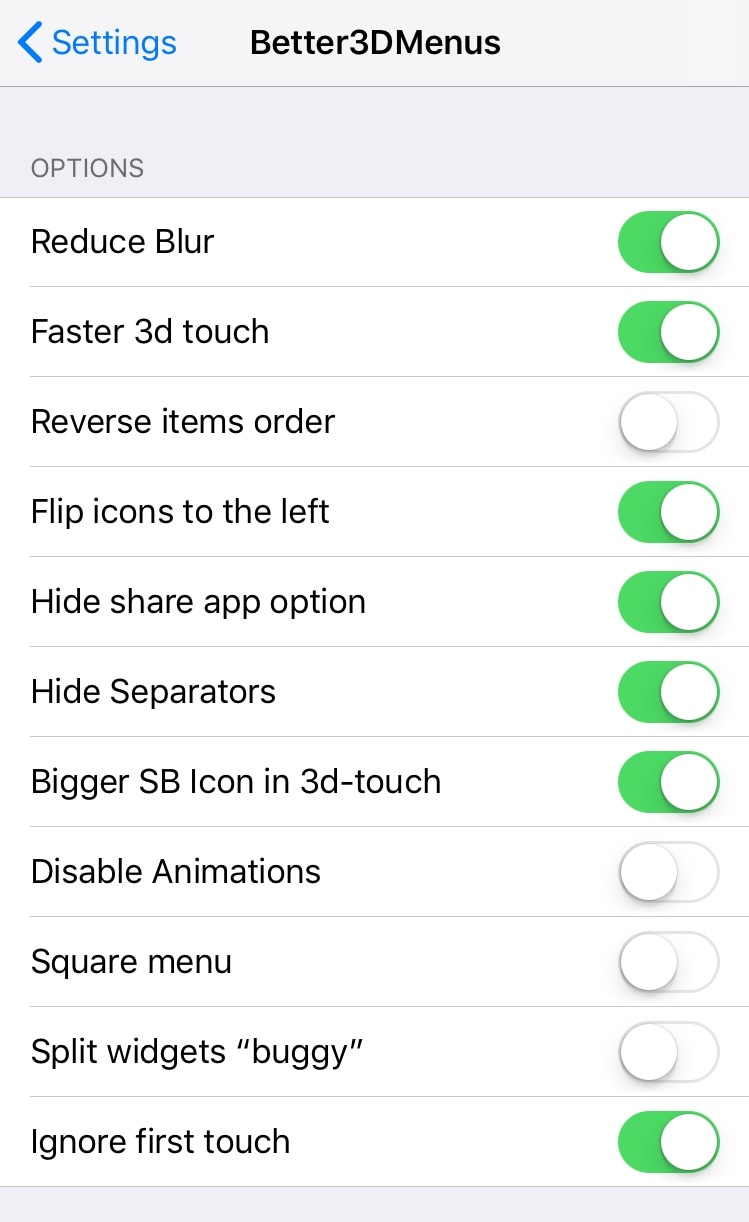 Respringing your handset isn’t necessary to save changes to the tweak’s settings. Upon tweaking the preference pane, you should notice your configurations almost immediately.

Among our favorite settings included with Better3DMenus are reducing the blur effect, hiding the useless “Share App” option from the 3D Touch menu, and making the 3D Touch menu a bit faster. However, depending on your use case, your mileage may vary.

Even if your handset doesn’t support 3D Touch out of the box, you can use Better3DMenus along with a 3D Touch-simulation tweak like Force3DAppShortcuts to experience the same effect.

If you’re interested in trying Better3DMenus, then you can download it for free from Cydia’s BigBoss repository. The tweak plays nicely with all jailbroken iOS 11 devices.

Will you be using Better3DMenus to customize your handset’s 3D Touch menus? Share in the comments section below.