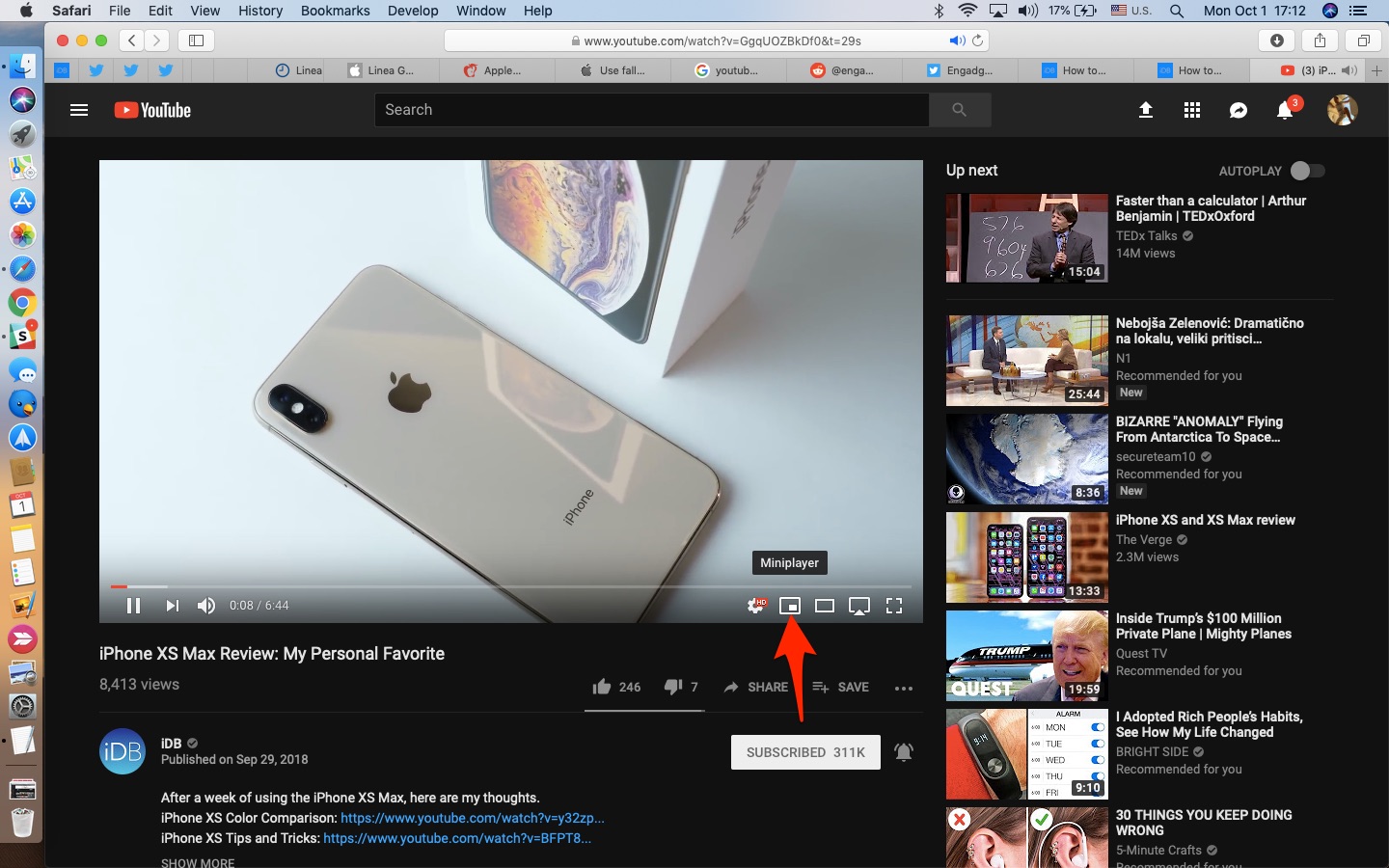 Following limited testing since March, YouTube today rolled out a new picture-in-picture (PiP) feature on the web which lets you watch a clip in a miniature overlay while browsing the site.

Eagle-eyed users may have already spotted a new miniplayer icon in their playback controls when playing videos through the web interface at YouTube.com. Clicking the icon moves the video you’re currently watching into a smaller player with just the basic navigation controls. This lets you watch something on YouTube while browsing other sections of the site.

TUTORIAL: How to use picture-in-picture on YouTube on Mac

As Engadget writes, the miniplayer window displays the title and publisher, while also marking playlists. If you hover over the overlay, you’ll see a play button and the option to jump backwards and forwards in a playlist. The seek bar is at the bottom of the video.

“Fire up a playlist and a chevron in the bottom-right corner lets you view a list of what’s upcoming with the ability to jump around,” the site observed. “There’s also extra controls for repeat and shuffle for music playlists.” To close the miniplayer, click the “x” in the upper-right corner. To see your options menu, right-click on the miniplayer window itself. 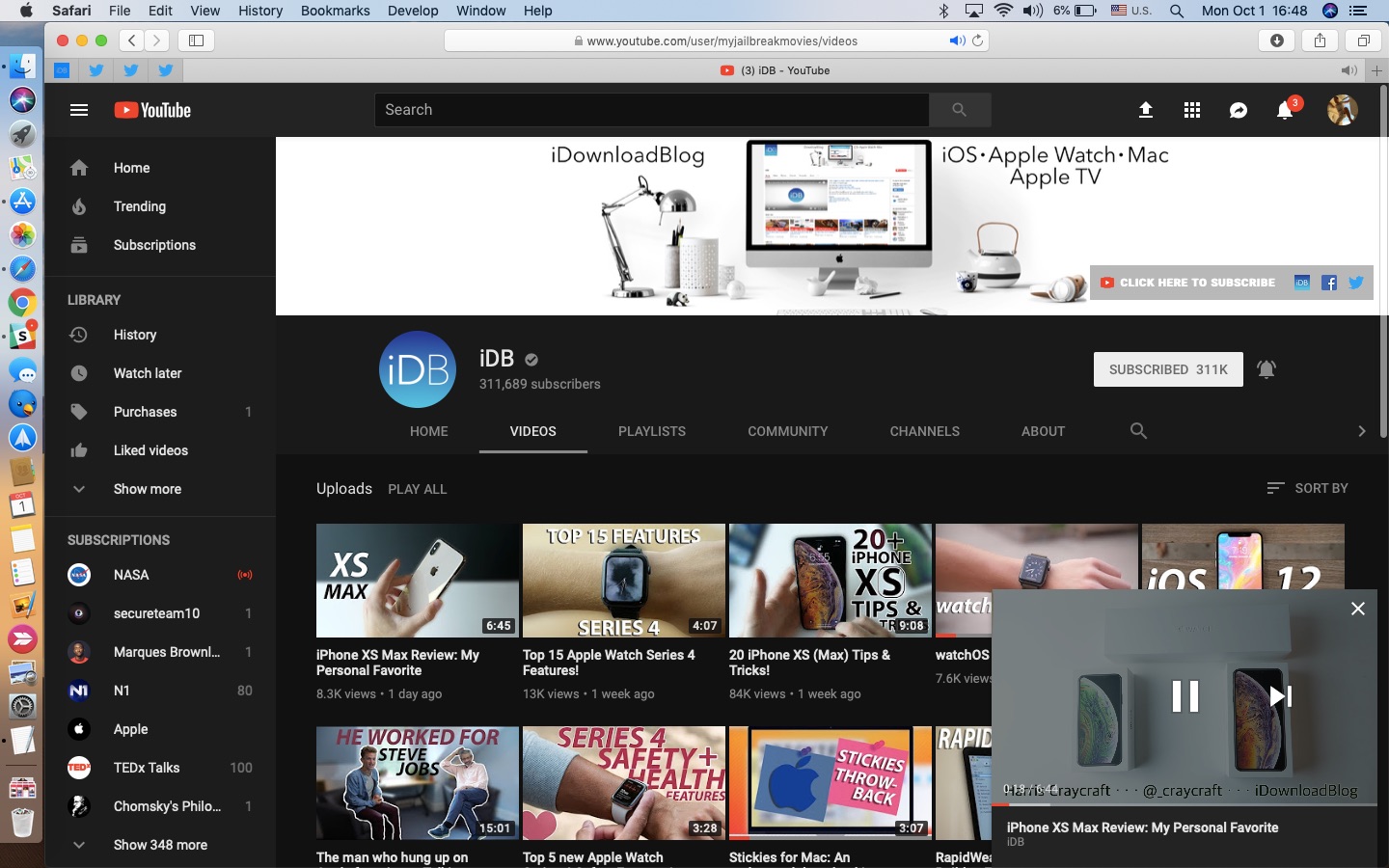 If you navigate away, the video no longer plays. You also cannot look at other tabs while watching video in this handy mode, but worry not, friends—macOS comes to the rescue.

As you know, macOS includes a picture-in-picture video mode of its own which you can use to play a YouTube video in a PiP overlay on the desktop while you’re checking out other tabs. To do so, right-click the video twice, or press Control (⌃)-click twice, and you will then see a new menu appear with the option to enter picture-in-picture mode.

Choose it to detach the video from Safari and watch it in a floated overlay on the desktop. 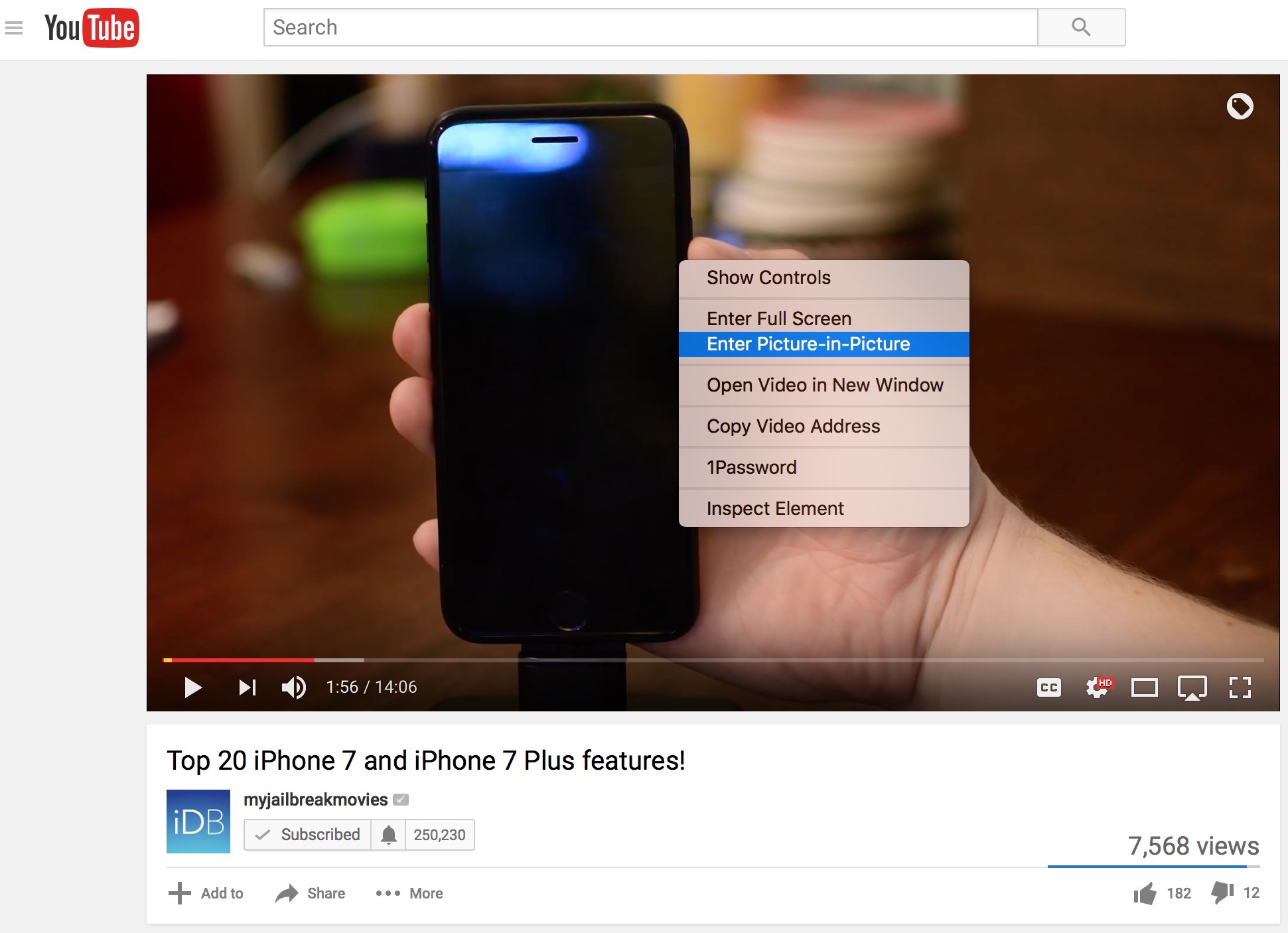 Power users will be quick to point out that, unlike YouTube’s static miniplayer, the macOS PiP window can be enlarged, shrunk down, thrown in any corner or snapped to any display edge.