Apple may support the upcoming ECG app for Apple Watch Series 4 in Europe.

According to German publication Macerkkopf.de (Google Translate), they along with other journalists have learned in a briefing with Apple representatives that the Cupertino technology giant is “actively working” on bringing the US-only software to Europe.

The company apparently is taking an easier route by seeking permission to ship the software in the European Union countries rather than obtain approval from each and every EU country’s government. No timetable was mentioned at post time.

The ECG app should release alongside watchOS 5.1 in the United States.

It has already been granted a De Novo classification by the FDA, a first of its kind. The new sensor itself also has the FDA’s clearance, but not approval.

The ECG app was designed to assess the user’s heart condition and figure out if their heart rhythm shows any signs of atrial fibrillation, a serious form of irregular heart rhythm.

Apple Watch Series 4’s ECG generates a reading that isn’t too dissimilar from a single-lead electrocardiogram. Specifically, Apple Watch Series 4 is classed as a Lead I ECG device, meaning it’s only measuring voltage between the right and left arms. That’s not enough to make a reliable diagnosis, but is sufficient to spot trends that may indicate a heart condition.

“It’s a momentous achievement for a wearable device that can provide critical data for doctors and peace of mind for you,” Apple argues.

Even though the new iPhone XS models and Series 4 watches are now on sale, Apple said during the “Gather round” keynote that the ECG app would be US only at first and arriving “later this year.” A new irregular rhythm notification feature would also be coming later this year.

As you know, each beat of the heart sends out an electrical impulse. 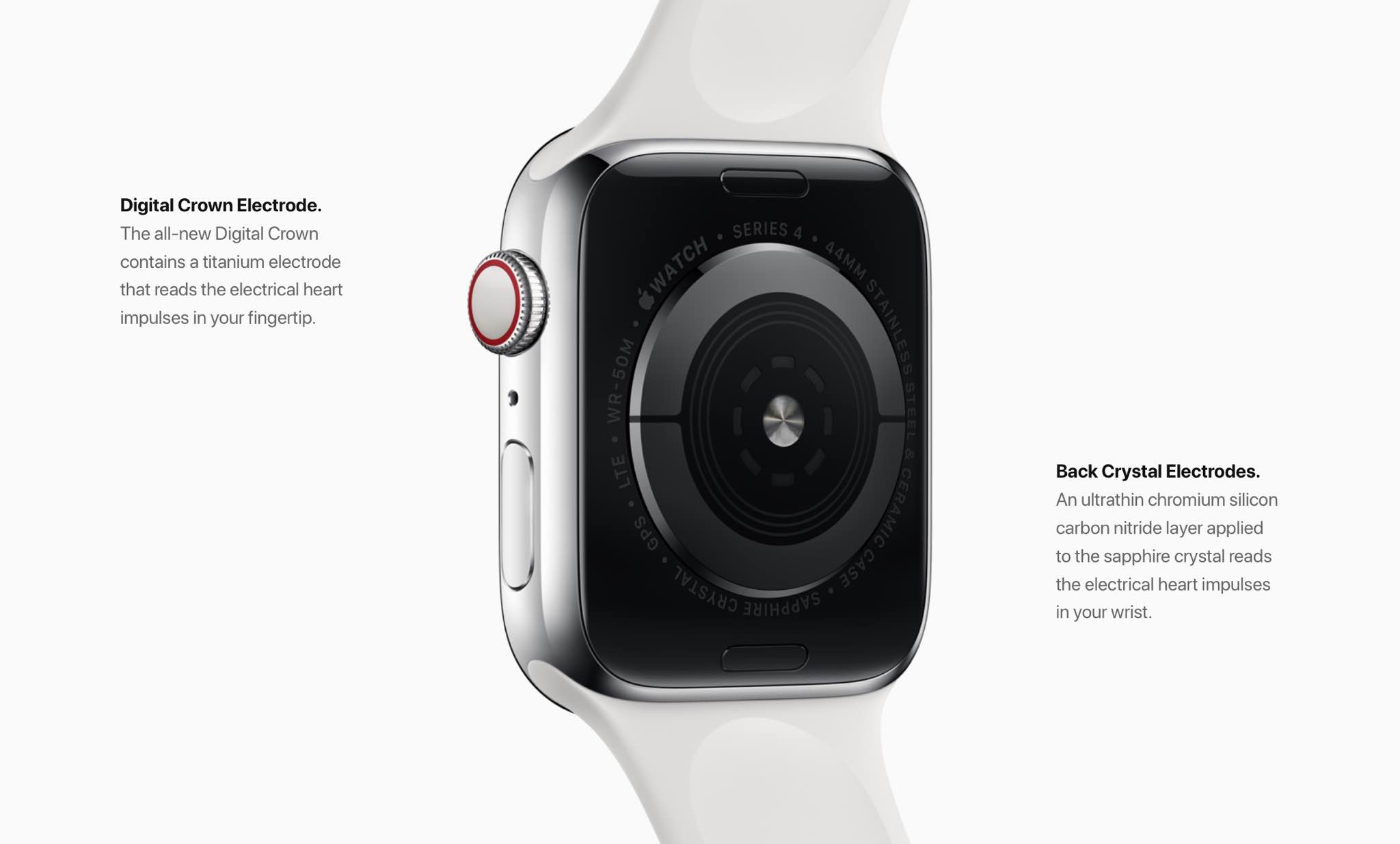 In order to make a mobile ECG work, Apple has added an electrical heart sensor to Series 4, complementing the existing optical sensor. You have electrodes inside both the Digital Crown and on the back crystal, pressed against your wrist. The pair of electrodes work together to detect tiny changes in electrical polarization across your skin as your heart beats.

Taking an ECG reading on the go requires launching the ECG app and touching the Digital Crown for about 30 seconds, which closes the electric circuit between your head and arms. The S4 chip interprets that data to compute and analyze your heart rhythm. The system also generates an ECG waveform that gets automatically stored in your Health app on iPhone, from where it can be exported and emailed to your doctor as a PDF attachment.

What are your thoughts on this cool feature?