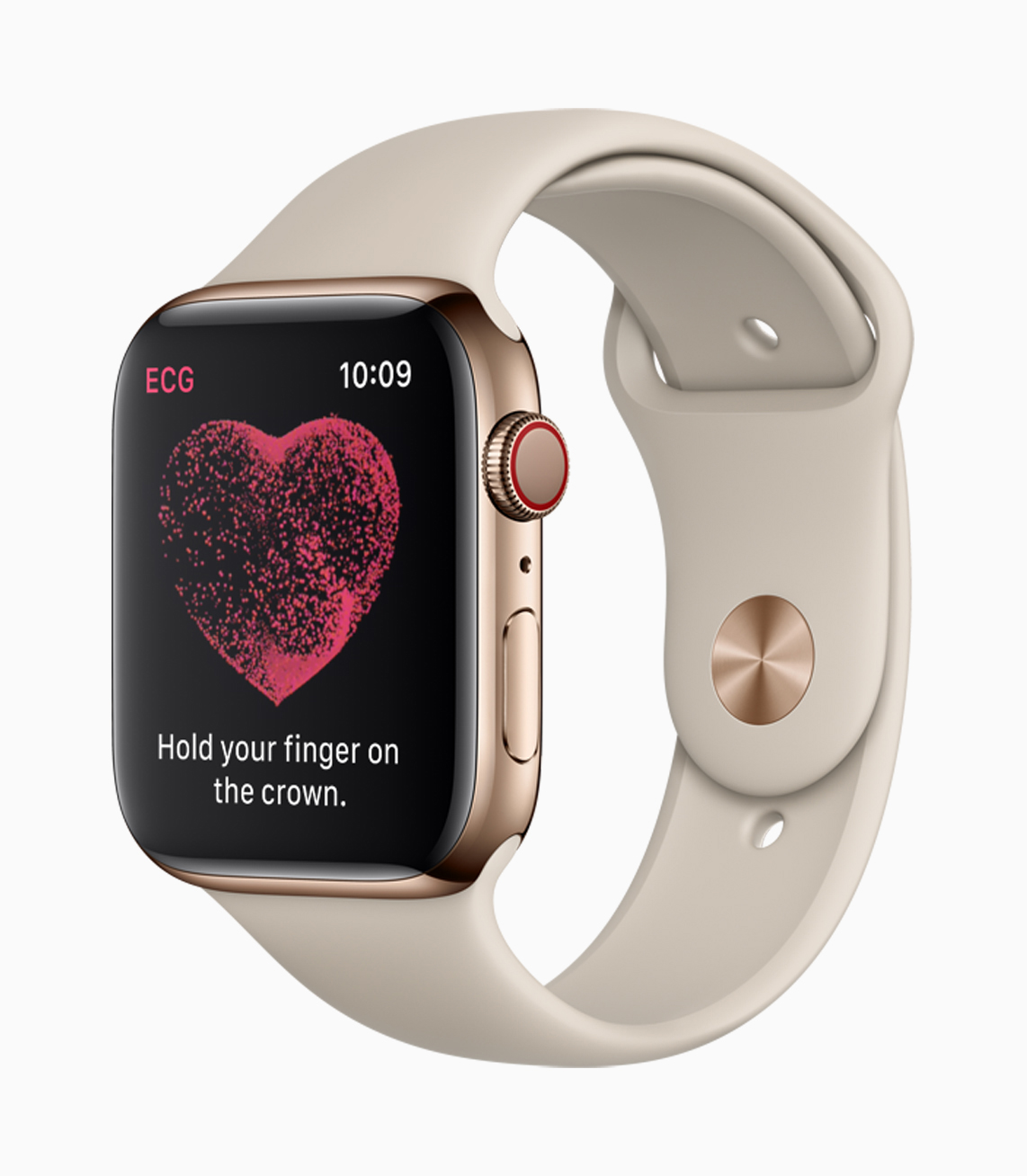 Perhaps the most important new feature on the Apple Watch Series 4 is the introduction of an electrocardiogram sensor that will allow the device to monitor your heart to identify potential problems. When the wearable device was announced, Apple said it was granted a “de novo classification by the FDA.” This isn’t an approval, however, which we will explain here.

According to CNBC, there’s a difference between a device being “cleared” and “approved” by the United States’ Food and Drug Administration (FDA). The Apple Watch Series 4, at least for now, has been cleared, but not yet approved.

Simply put, cleared medical devices are defined by regulators as those that are determined to be similar to another legally marketed device. The FDA still reviews the submission, called a 510(k), before it provides clearance. A pre-market approval (PMA) is a more rigorous process and applies to higher risk medical devices.

A de novo clearance, which Apple received, means first of its kind, and this typically takes longer than the usual 510(k) process. As previously announced, the Apple Watch ECG app will arrive later this year as a software update.

Why is this first of its kind?

CNBC makes mention that another Silicon Valley company, AliveCor, claims it made the first medical-grade EKG that’s available for consumers.

But there’s a subtle difference.

Once a consumer buys an AliveCor device, they take an EKG reading (via a smartphone attachment or their Apple Watch band), and wait until a doctor unlocks it within 24 hours to get an initial reading on the app.

In the case of the Apple Watch Series 4, Apple has designed things differently. FDA-cleared, the company’s electrocardiogram sensor provides readings to consumers right away. From there, the user can share the results with a physician if they decide to do so.

Finally, CNBC explains the difference between how previous Apple Watches measured a heart rate versus an EKG (or ECG):

The Apple Watch has always had an optical sensor to monitor heart rate called a PPG, which is short for photoplethysmogram. Heart rate gives you a measurement of beats per minute. But an EKG measures the electrical activity of the heartbeat — think of it as the rhythm, rather than the rate.

No doubt, we’ll be hearing much more about the Apple Watch’s ECG in the coming weeks and months, especially once they arrive in stores next weeks. In the meantime, we’d like to hear from you.

Are you planning on buying an Apple Watch Series 4 just because of the new heart monitoring tools? Let us know below.

As a reminder, pre-orders for the Apple Watch Series 4 are being accepted beginning tomorrow, Sept. 14 at 12:01 a.m. PDT.