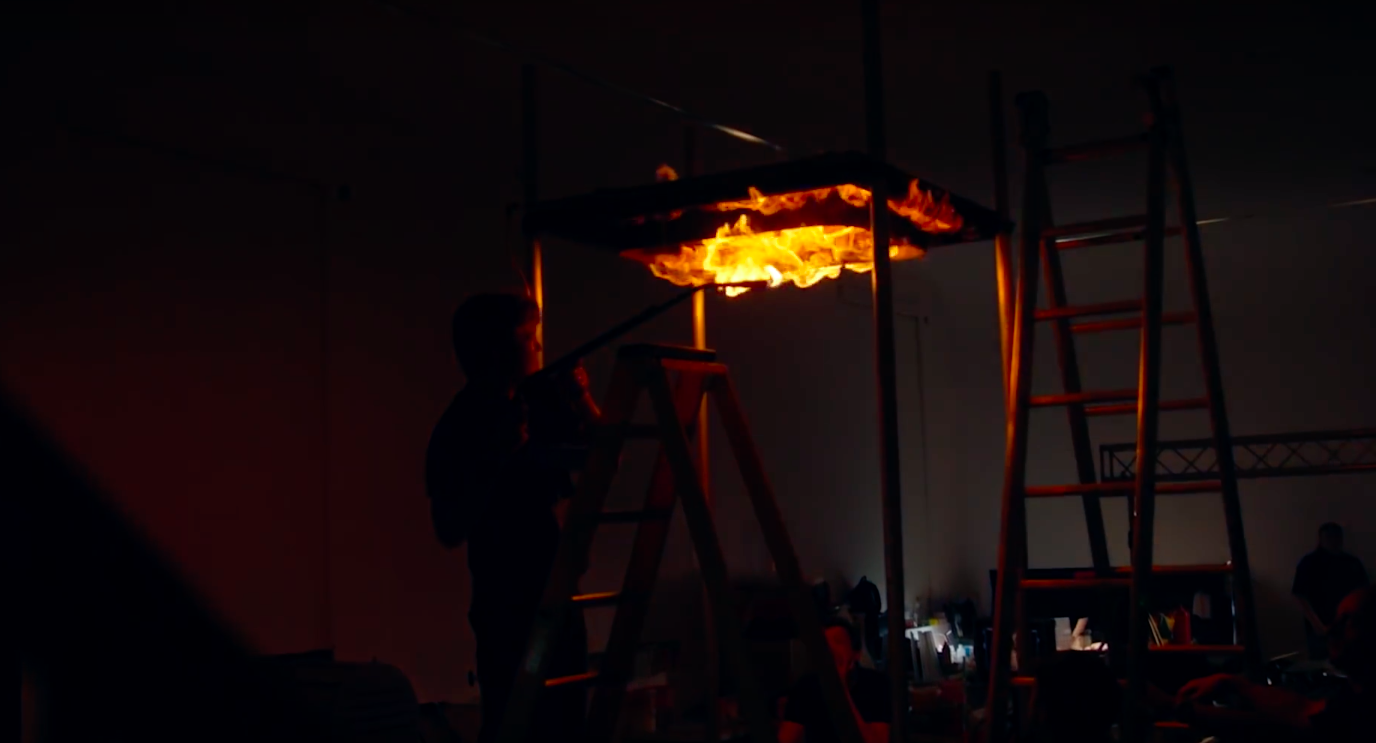 The gorgeous new motion faces in watchOS 5—Fire, Vapor, Water and Liquid Metal—are more special than Apple let on during the keynote. Surprisingly, they’re not rendered or created using computer graphics. The attention to detail matters always so small wonder Apple has recorded them in a real studio where they set things on fire and used real water and vapor elements.

The following exclusive behind-the-scenes video, shared by the website CoolHunting, shows off these ultra-minimal, hypnotic motion faces in watchOS 5 and how they were made.

Alan Dye, Apple Vice President of User Interface Design, told Hodinkee, an outlet dedicated to watchmaking, that the decision to avoid CGI is a display of the whole design team’s dedication to nailing the details for these new motion faces.

We probably could have done this digitally, but we actually shot all of this practically in a studio. What I love about the fact that we did this is that it’s just so indicative of how the design team works. It was really about bringing together some of our various talents to create these faces.

There are of course art directors and color experts and graphic designers, but also model makers who helped build these structures that we would eventually, you know, set on fire. 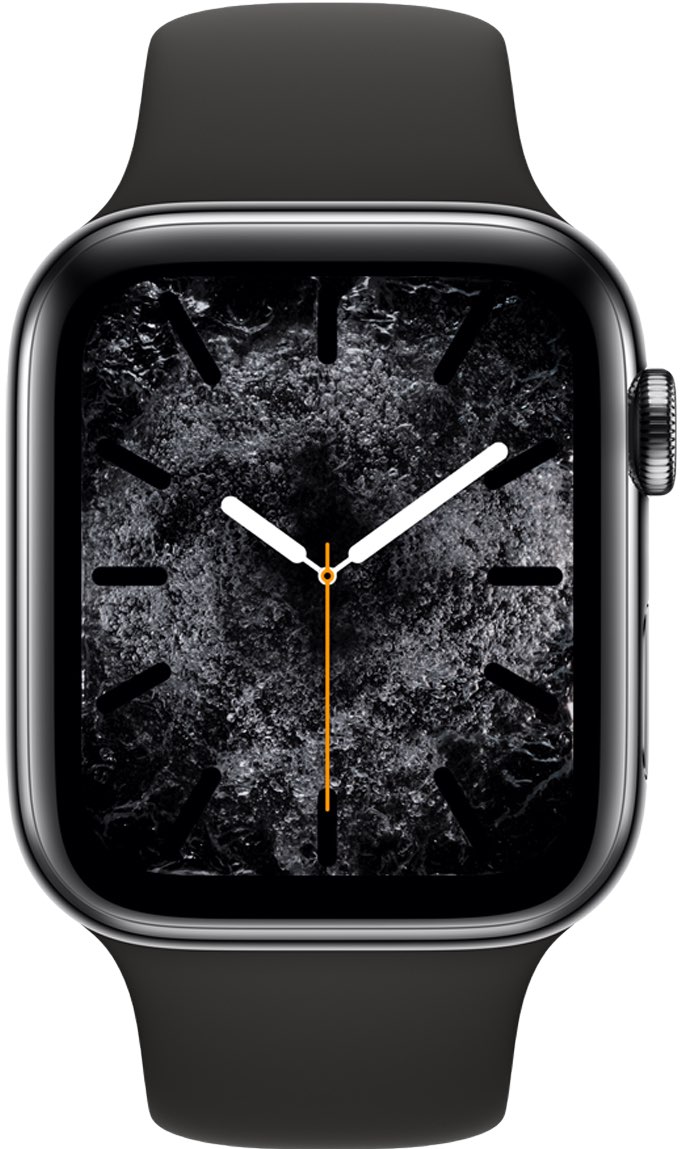 Unlike the new information-dense Infograph and Infograph Modular faces that can cram up to eight different complications on Series 4 hardware, the motion faces display just the time and react uniquely with the curved edges of the case.

ROUNDUP: Series 4 complications: how they work & what they can do

On older watches, these faces are circular. On Series 4 hardware, they really show off the gorgeous 15 percent larger OLED display with rounded corners and edge-to-edge design.

It’s especially impressive how they interact dynamically with the edges of the display and the rounded corners rather than being simple looping animations. The flames on the Fire face, for instance, subtly illuminate ticks of the dial. Or take the new Water face as another example, you’ll notice how the bubbles splash off the edges.

The new motion faces are fully functional and move as you turn your wrists. 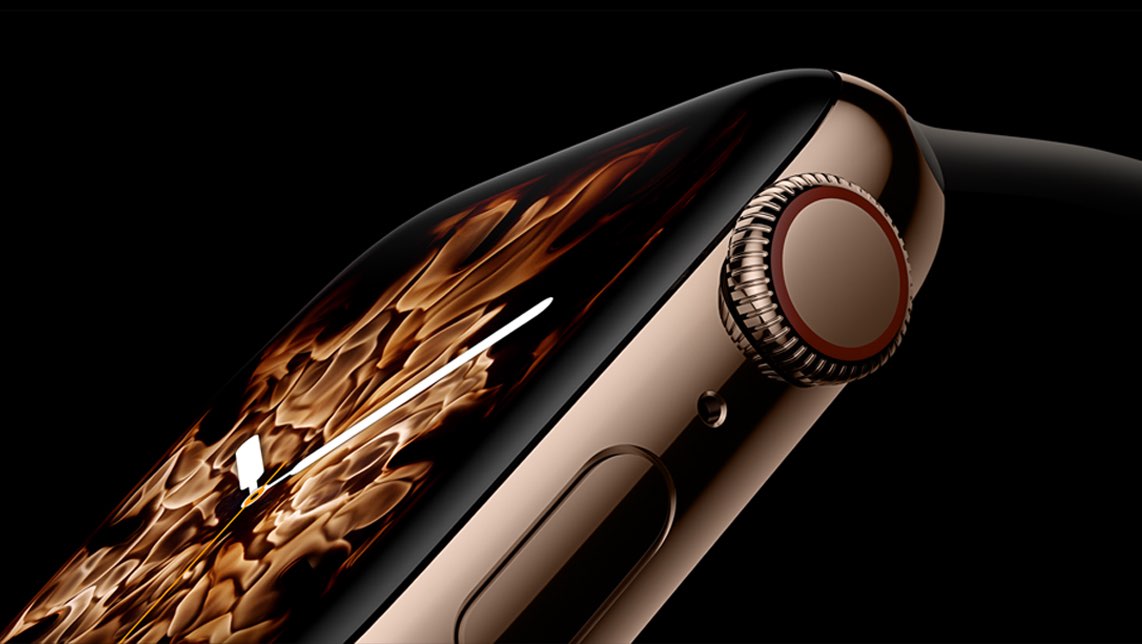 Motion faces like Fire react uniquely with the curved edges

If you saw our gallery showing off these faces on earlier models, you’ll immediately notice they don’t look nearly as great as they do on Series 4 watches. Although they too respond to your wrist motion on older watch models, Series 2 and Series 3 models limit action to the circular region in the middle of the display. 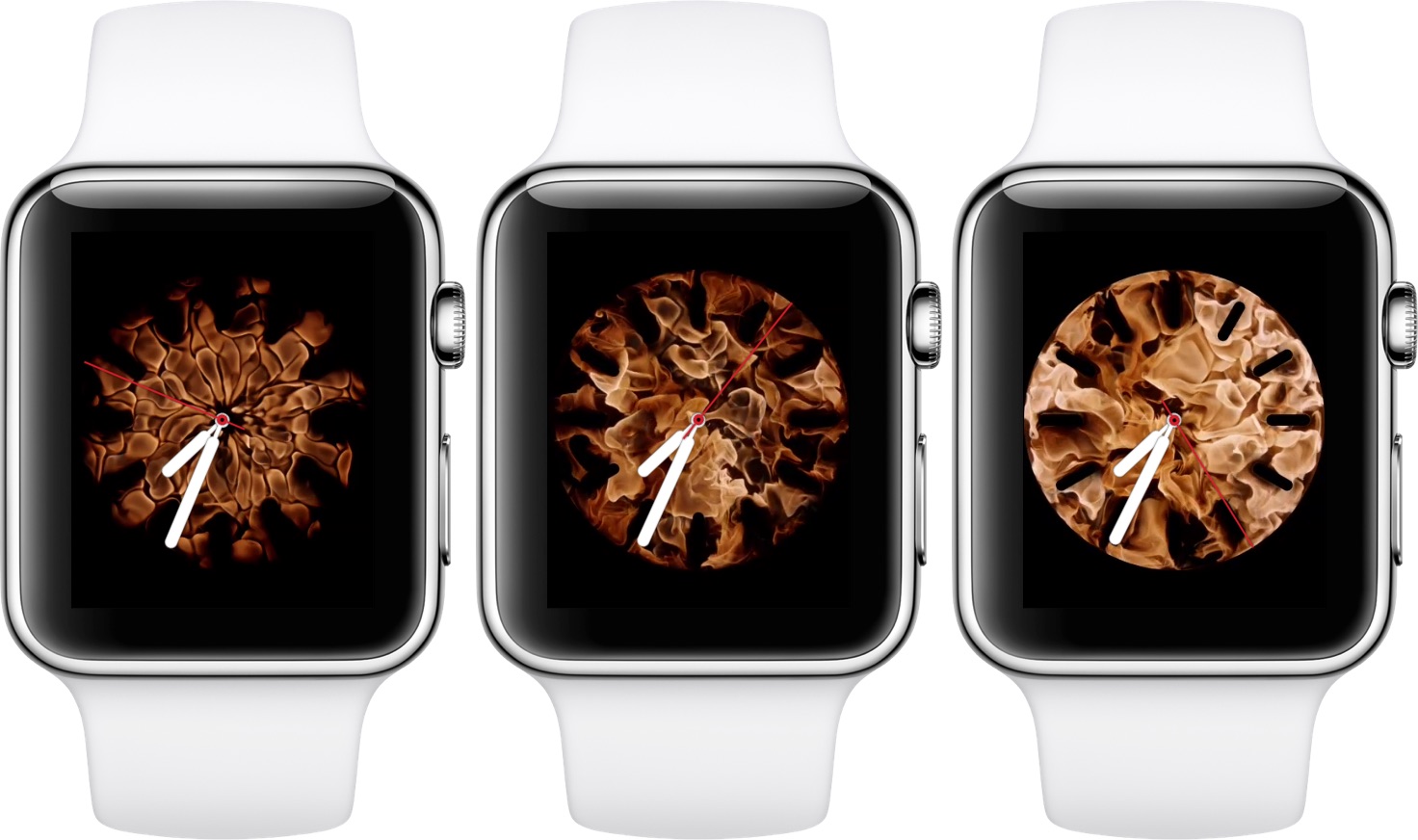 And now you know how Apple has made the dynamic motion faces in watchOS 5.