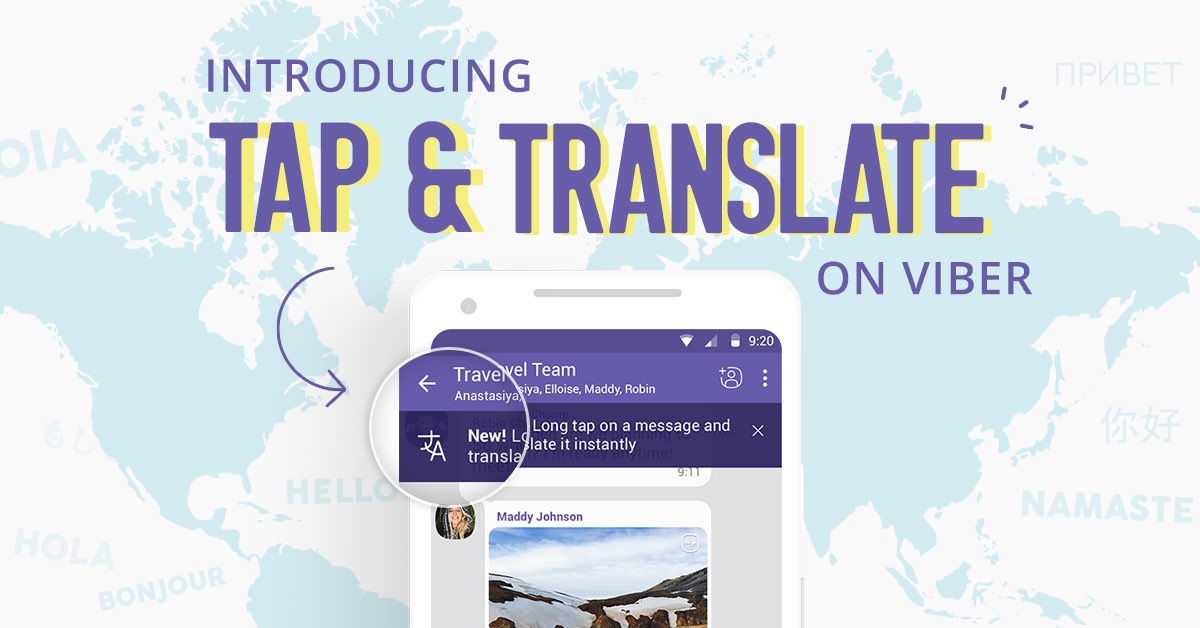 Rakuten-owned Viber for iPhone has been refreshed on App Store with an upgraded architecture, an in-chat translation feature, new storage settings and other perks.

For example, Viber now opens much faster and sends your messages approximately 2x faster, too. Speaking of which, there are now some new delivery status icons in chats to memorize: 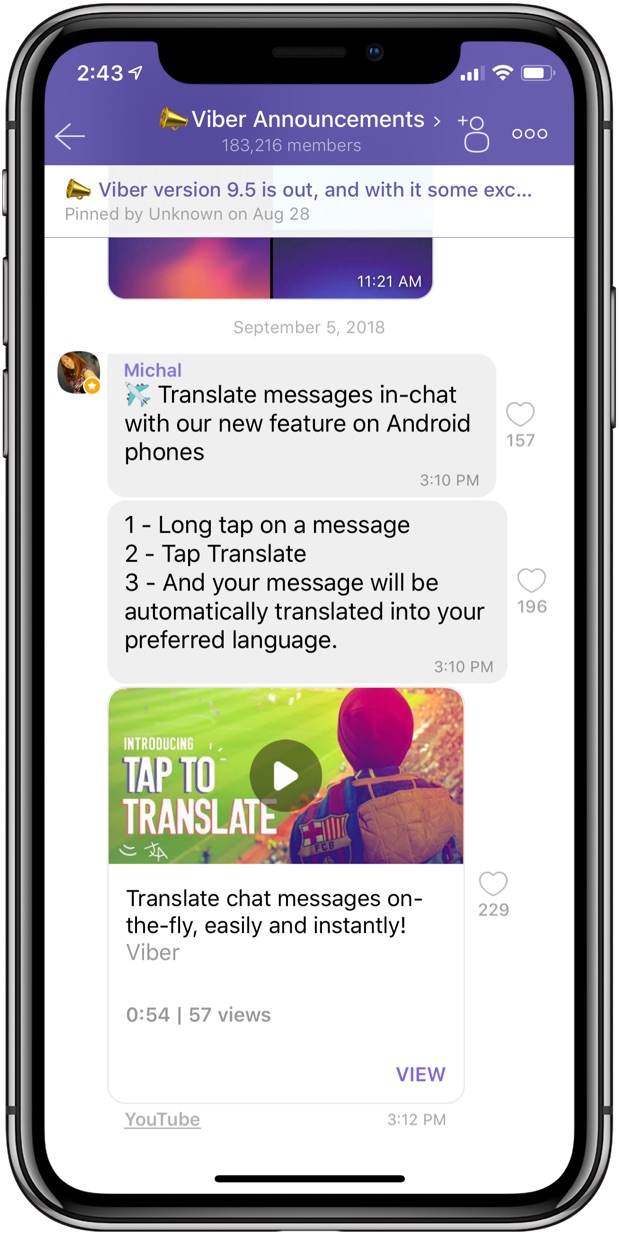 Another nice-to-have in Viber 9.6 for iOS: new storage options in settings. These let you control how much storage your Viber chats take up on your device by setting how long photo, GIF and video attachments are stored on your iPhone.

Apple’s Messages app has a similar setting, but Viber’s is more developed. 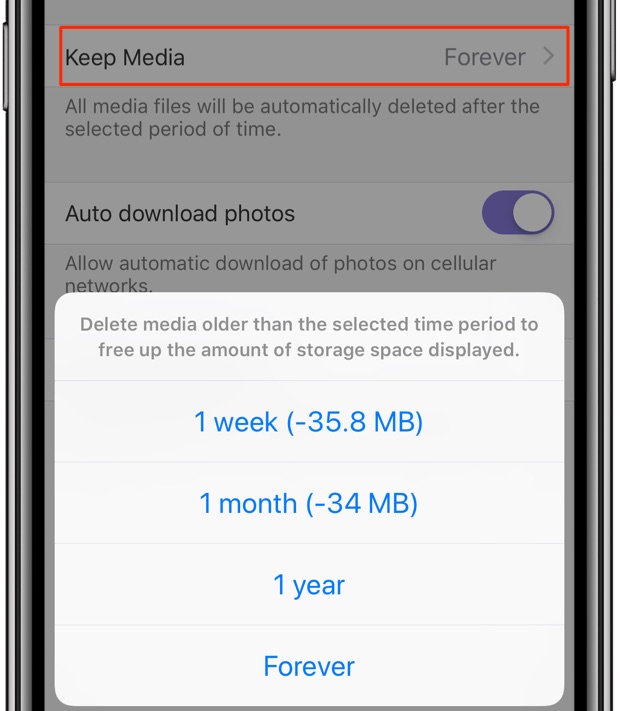 As the screenshot attests, you can choose to keep the media forever on your device or restrict it to 1 week, month or year. What’s really helpful is an estimated readout of the amount of storage space you’ll gain by limiting your Viber media to, say, one week.

Now available on Android and coming soon to iPhone, the new translation feature allows you to have any Viber chat translated to your own language, or any other language you prefer.

The message will be translated to your device language. 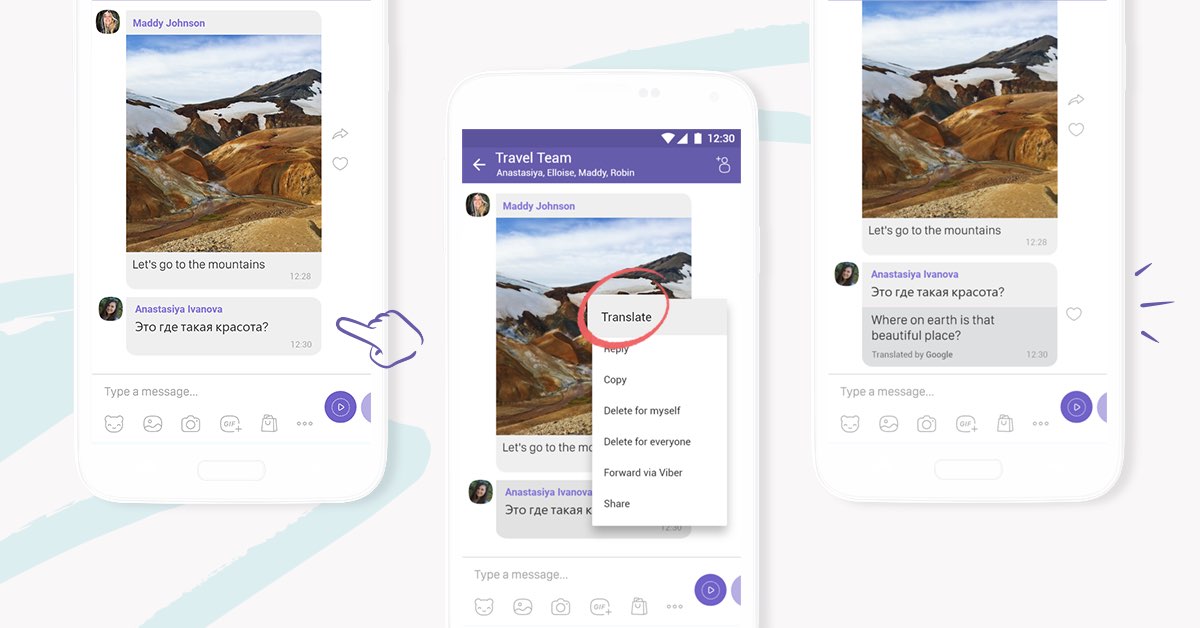 Translations on Viber are powered by Google Translate.

This certainly beats the old way of translating messages: you would need to copy a message you don’t understand, open up a translation app or service, paste the message, read the translation and then go back to the chat to reply.

Watch Viber’s in-chat translation feature in action on the video embedded below.

To translate a message you don’t understand to a language different than your device language (as defined in the Settings app), long-tap the message, choose Language, then select the language you are looking for and tap Done.

You can adjust your default translation language in Viber’s settings.

The translation feature is now available globally for Viber users on Android. Viber customers who use the Apple smartphone will get the feature “soon”, Viber has said.