Apple has surprised developers by releasing the 12th iOS 12 beta on the Friday before the U.S. Labor Day holiday weekend. The update, available over-the-air (OTA) and via the Apple developer site, fixes an alert issue that popped up in iOS 12 beta 11.

Earlier today, some developers reported receiving an iOS update message on their machines with iOS 12 beta 11 installed. That message read: “A new iOS update is now available. Please update from the iOS 12 beta.” Once installed, iOS 12 beta 12 resolves that issue. 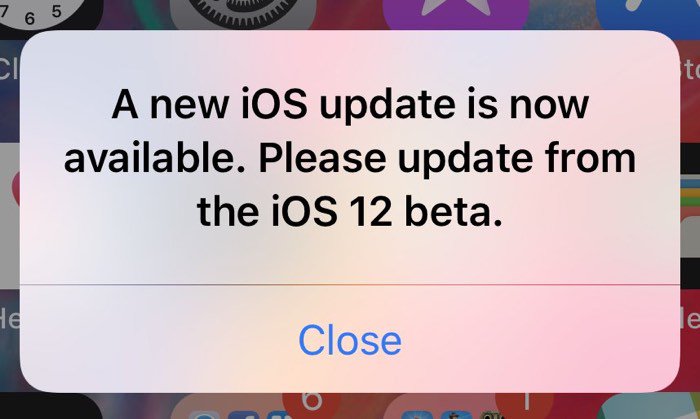 If we find anything else new with this beta, we will let you know by updating this post.

As a reminder, Apple’s holding its iPhone-focused fall event on Wednesday, Sept. 12 beginning at 10 a.m. PDT. The “Gather round” event should feature the introduction of three new iPhones, two new iPad Pro tablets, and the 2018 Apple Watch.