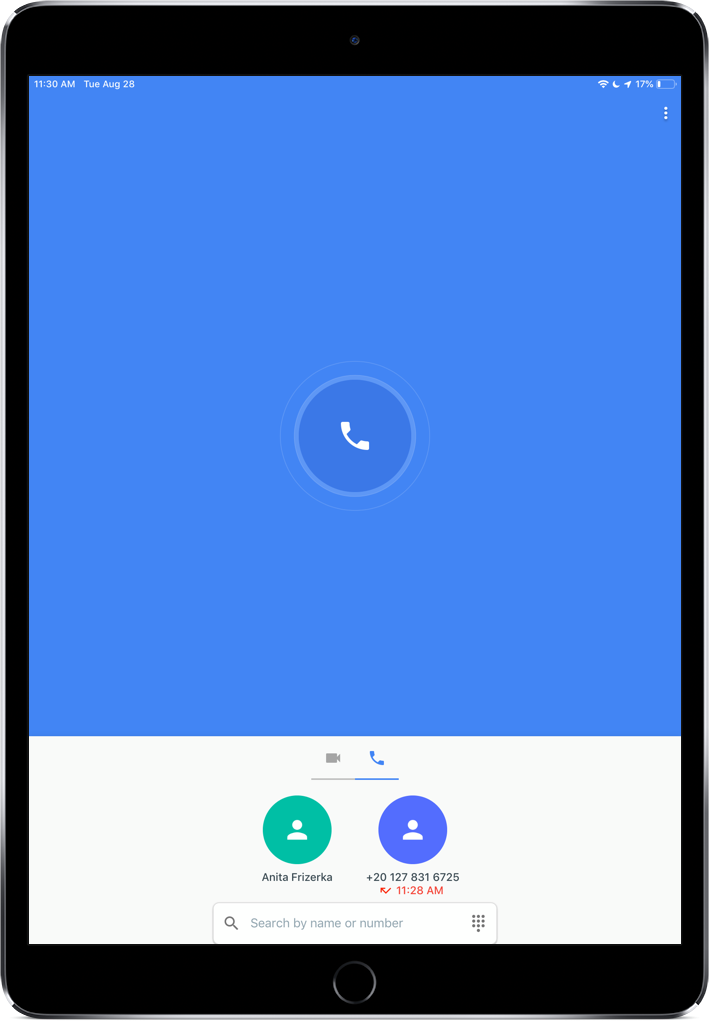 With proper iPad support, the app no longer runs in a tiny iPhone 4s-resolution portion of your iPad’s screen nor does it appear fuzzy when you enlarge it in 2x mode. Justin Uberti, Google’s Principal Engineer who created Duo and WebRTC, announced the update in a tweet Tuesday.

“With Duo version 39, starting to roll out today, you can enjoy the same great Duo quality on a large screen,” he said. “We’ve optimized the whole app for tablets—easy setup, custom user interface and support for both portrait and landscape.”

Duo comes to Android and iOS tablets! With Duo v39, starting to roll out today, you can enjoy the same great Duo quality on a large screen. We've optimized the whole app for tablets – easy setup, custom UI, and support for both portrait and landscape.pic.twitter.com/ABCwVdqn7A

Release notes accompanying the download mention no other new feature.

Duo released for iOS and Android two years ago, but the app has not gained much traction because video calling is now part of many instant messaging apps, from Facebook Messenger and WhatsApp to Viber. Even Instagram Direct has video calling.

You can sign up for Duo with your mobile phone number and optionally register your Google Account with it. Duo has not seen a feature-focused update in months so we thought you might be interested to learn they’ve added support for the native iPad display resolutions.