Apple has released the 11th iOS 12 beta to developers. The update arrives just days after the tenth beta was released last week. It also released updated beta versions of macOS Mojave and tvOS 12.

The build numbers for today’s updates are:

We’ll be adding more information about these betas as they become available. 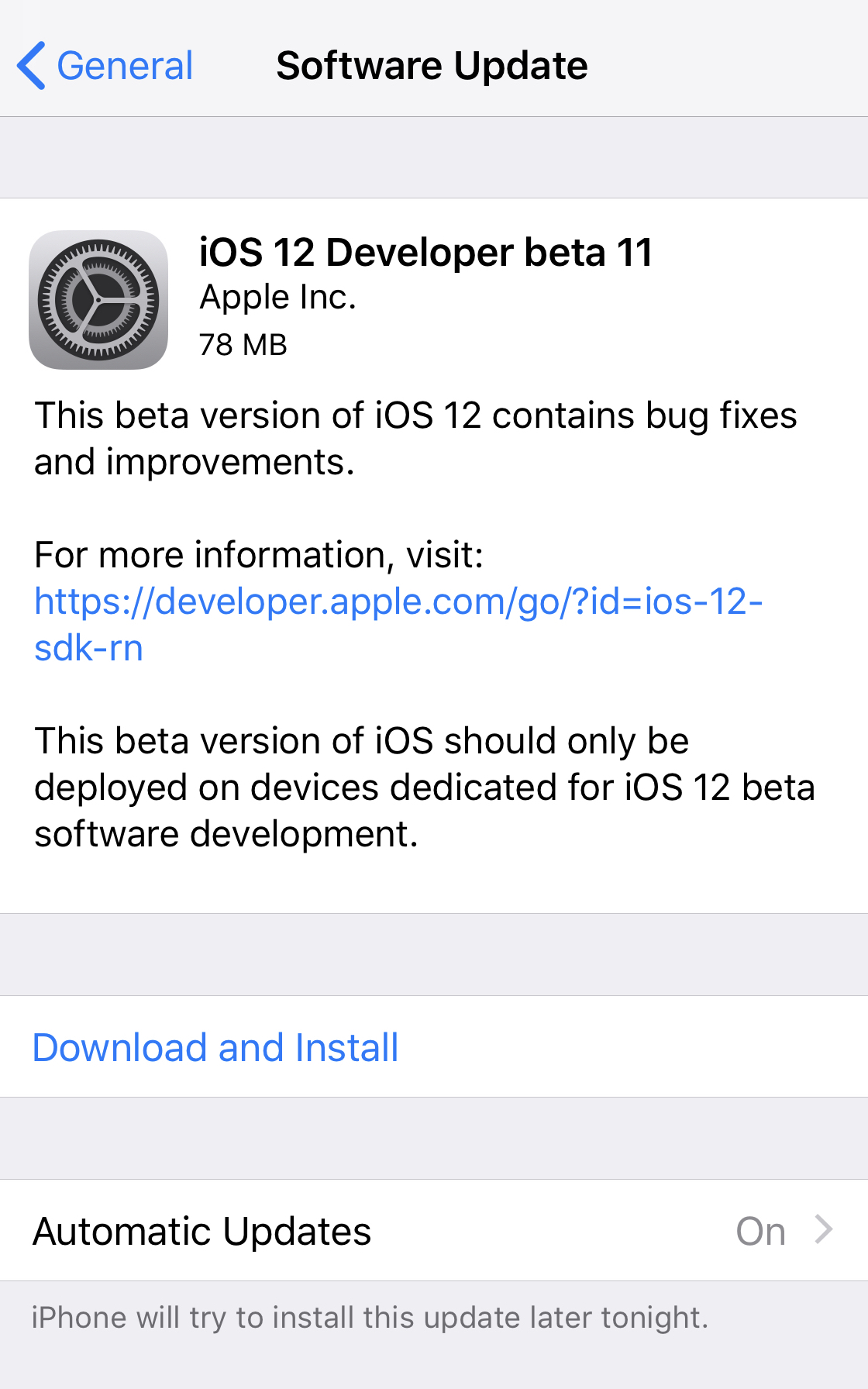