PlugBug World, Twelve South’s versatile hybrid charger for your Mac, iPhone, iPad and other USB-charged devices that connects to any MacBook brick or Apple’s USB wall charger, is getting even better. Today, the premium Apple accessory maker announced PlugBug Duo, a cool update to the charming red plug that brings an additional 12-watt USB port for charging.

PlugBug World is one of Twelve South’s most popular products ever.

“You’ve got the new MacBook Pro and all the USB-C ports you could ever need. Unfortunately the problem is that most of your gear—wireless headphones, battery packs, iPad, Magic Mouse, etc—still charge with the old USB,” the pitch goes.

Now your dual-USB charger, too

As mentioned, PlugBug Duo lets you charge two additional devices from your standard MacBook charger (like an iPhone and your iPad, or Apple Watch) at a total 12 watts of power. That’s more than twice as fast as that 5-watt charger your iPhone came with. And at 2.1A, the accessory lets you also charge your iPad or iPhone faster than normal. 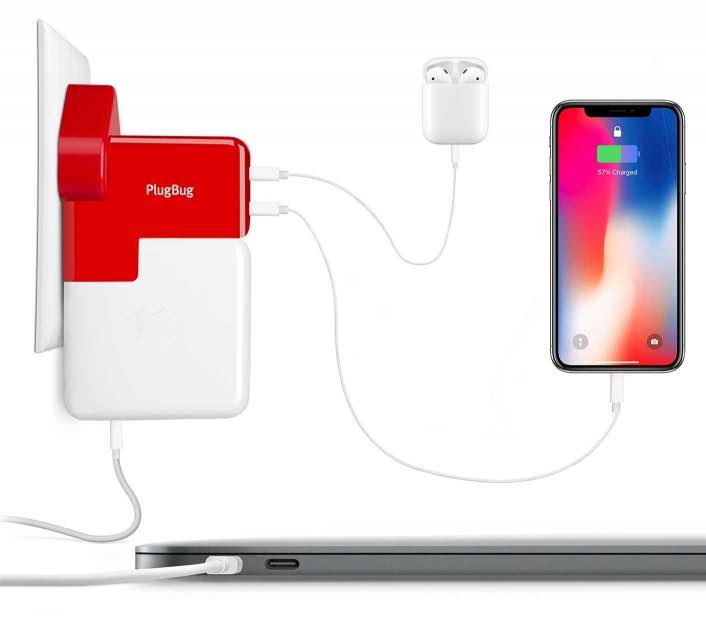 You can do this simultaneously with the new PlugBug Duo

Aside from the added port, the Duo ships with the same 5 international adapters included with PlugBug World so you can charge your devices in more than 150 countries around the world.

To be clear, nothing has changed in terms of core functionality.

As I mentioned in my detailed review of the original PlugBug World accessory, this is a charger that Apple should have made, but obviously didn’t. The thing clips onto your MacBook charger pin. Drawing power from it, this lets you top u any iOS device while feeding power to your notebook at the same time, reducing cable clutter and improving efficiency. 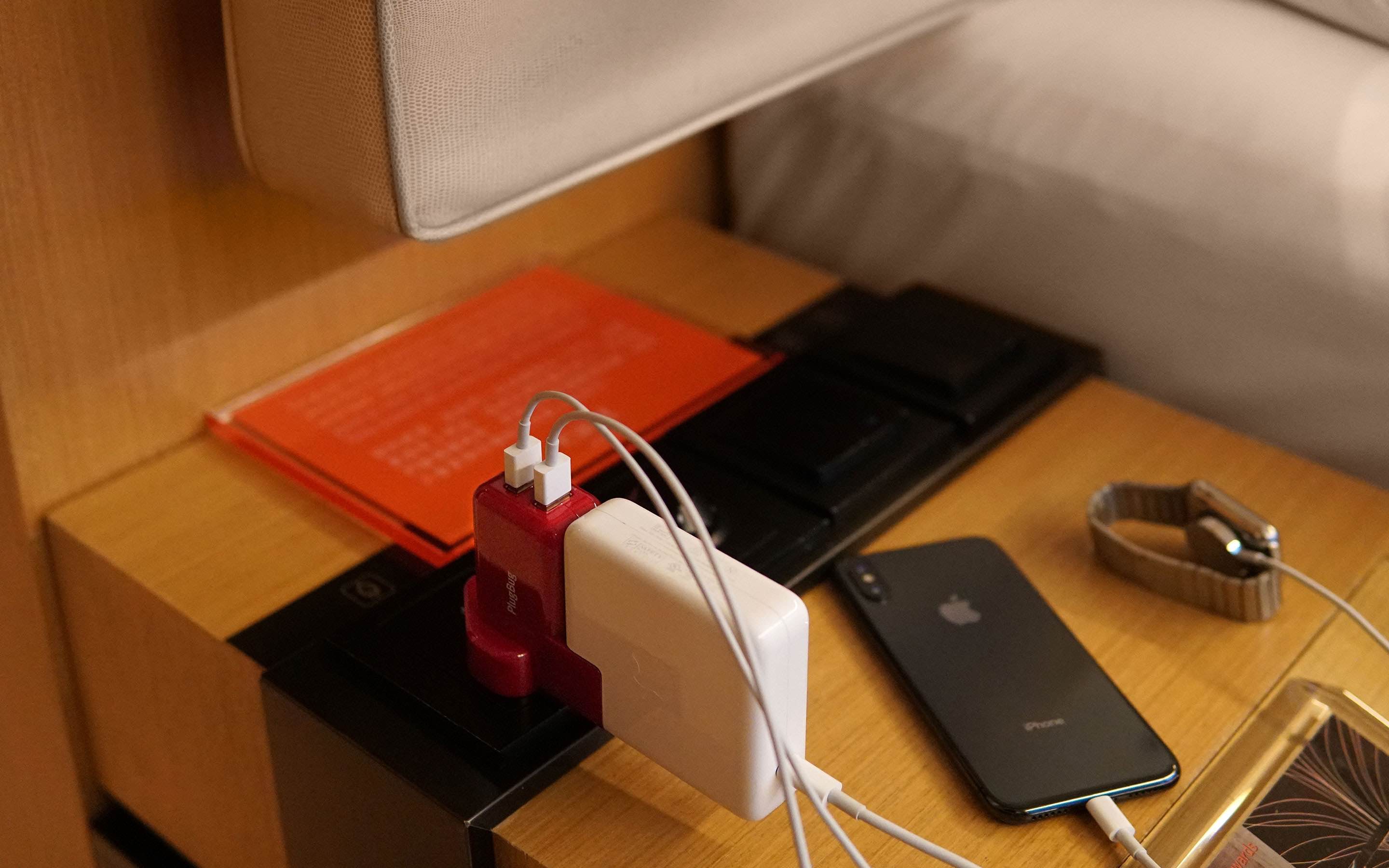 And with the Duo, you can now charge two USB devices and your MacBook simultaneously from a single outlet, perfect for crowded airports, coffee shops or anywhere you travel.

This is slowly but surely becoming a USB-C world.

I asked West Cerrudo, Twelve South’s Director of Marketing, to comment on the fact that PlugBugDuo incorporates the ubiquitous USB-A ports rather than USB-C ones for charging. In short, she said, this is by design because PlugBug Duo was meant to be a USB-based charging accessory from the onset. 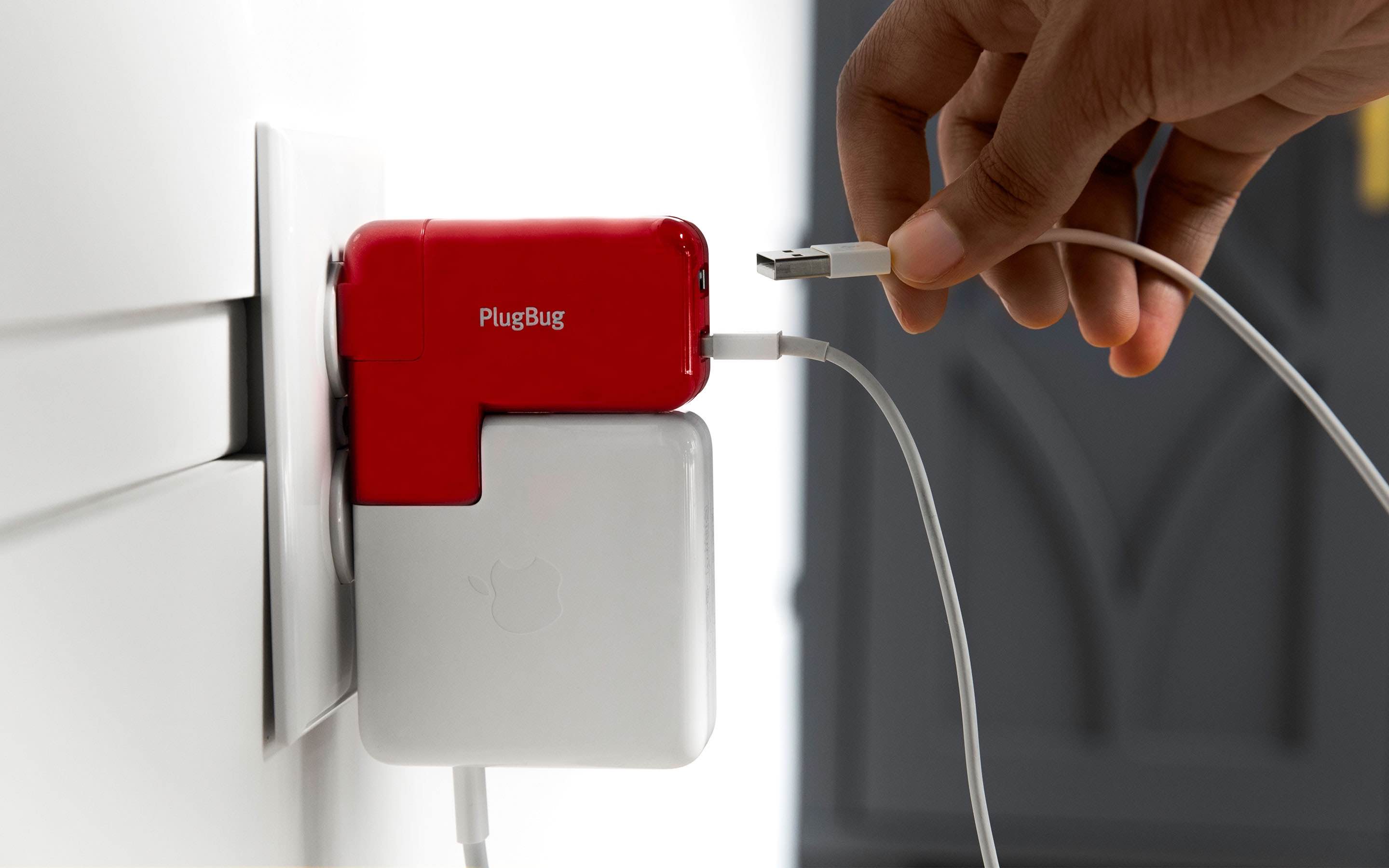 “We of course understand that many of our favorite devices will be moving into the USB-C world in the near future but that still leaves us with everything we currently own charging with USB-A,” he said, adding, “not to mention all our other peripherals including wireless headphones, external battery packs and all your current iOS devices.”

The new PlugBug Duo is a $49.99 purchase from the Twelve South webstore or Amazon. The previous-generation PlugBug World is now available for $30 on Amazon, down from $45.

Twelve South is no longer making PlugBug World so be sure to pick up yours from Amazon, if you’re interested, while supplies last.

What are your thoughts and feelings on PlugBug Duo?