RapidWeaver is among the longest-standing Mac apps out there.

Back in the iPod days I used to run a marketing agency, relying on RapidWeaver to build attractive websites for clients. I no longer build websites but if I were to put up a personal website or a blog, this fine piece of productivity software would be at the top of my list. 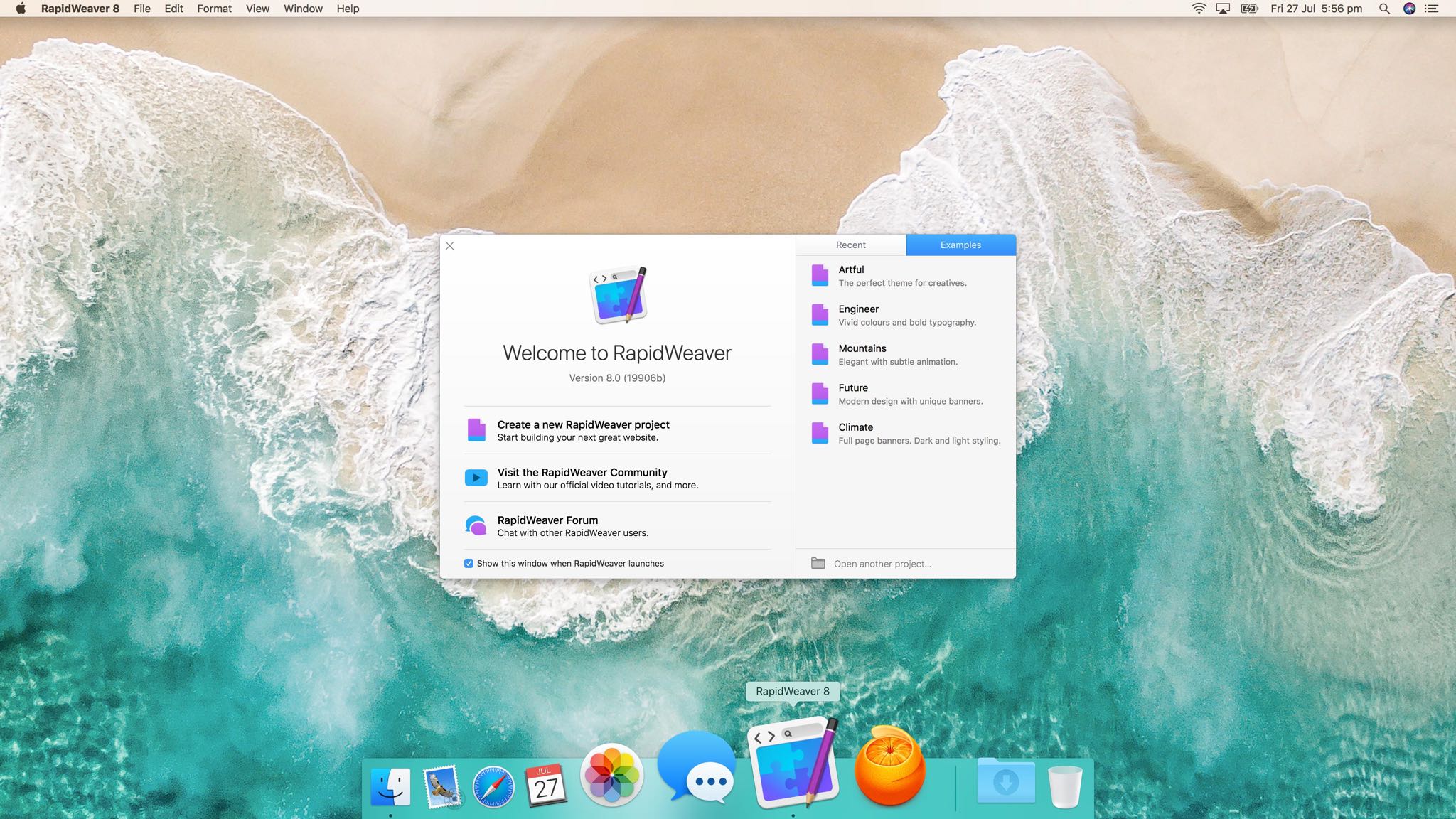 At that time, Apple’s Mac-as-a-digital-hub strategy was a big thing so small wonder their own iWork productivity suite included iWeb, a template-based website creation app. It was an excellent app for beginners, but didn’t go beyond very basic websites.

What sets RapidWeaver apart from many similar apps out there, including iWeb and the big name apps from the likes of Adobe, is a friendly interface, ease of use and underneath it all a powerful engine, extensibility and a robust set of advanced features. 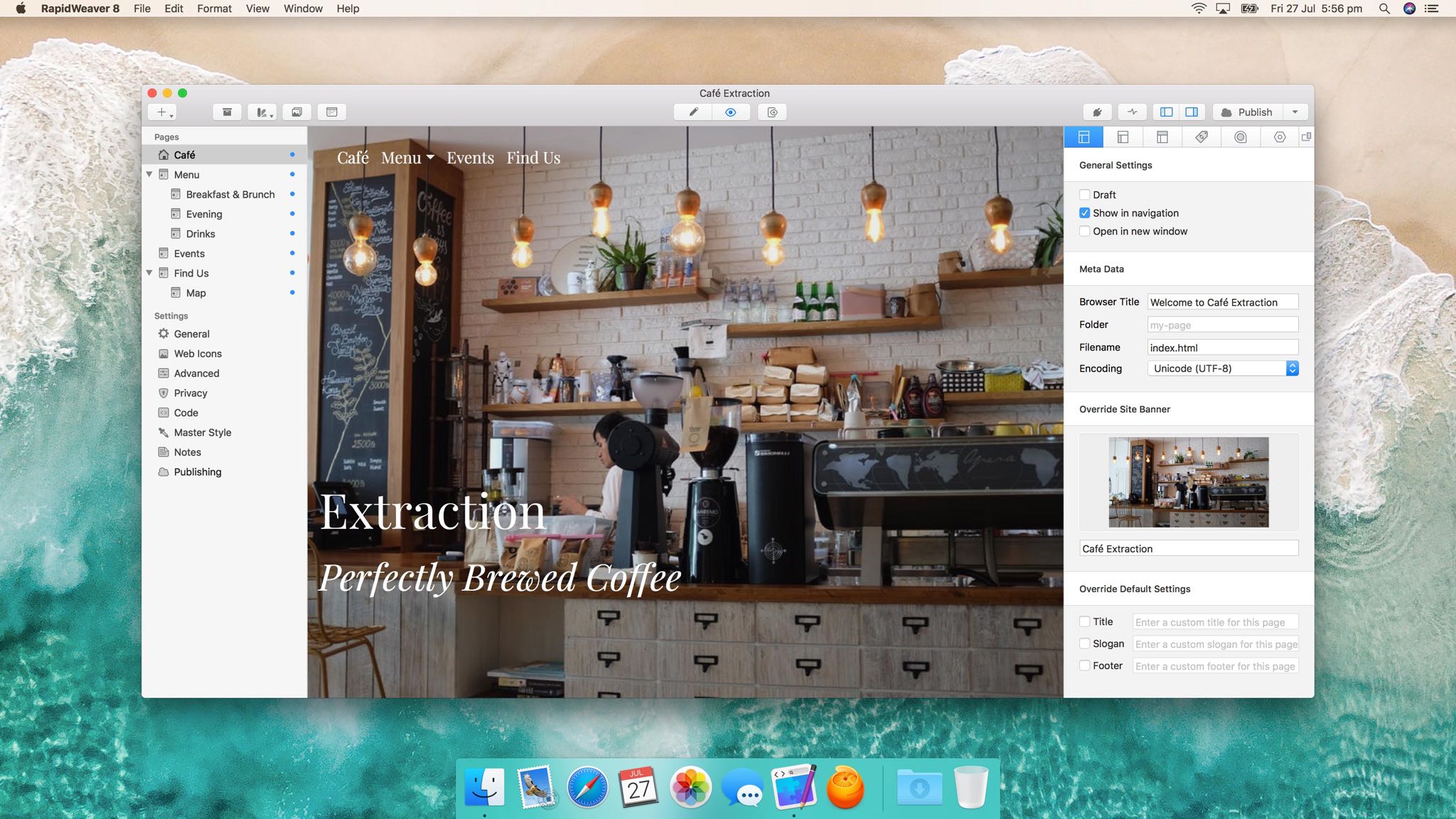 The app is so packed with all the features you’ll need to build an amazing website that I’m not going to list them all here, but there are themes, third-party add-ons and other building blocks for those who can’t write HTML code.

Advanced users will like built-in FPT and media browsers, automatic handling of navigation and linking, live preview (watch your website update automatically as you make changes), offline support and much more.

And by far, the very best feature— RealMac has been consistently updating and supporting RapidWeaver for the last 14 years, and shows no signs of stopping.

After more than a year in development, RapidWeaver 8 is now ready for prime time.

In its latest incarnation, the web design app has retained all the aforementioned features that users have come to know and love from the previous versions whilst introducing significant improvements in many areas.

The interface now remembers its state when you quit and a new Resource Manager lets you browse not only your Photos library but also free stock photos on Unsplash. 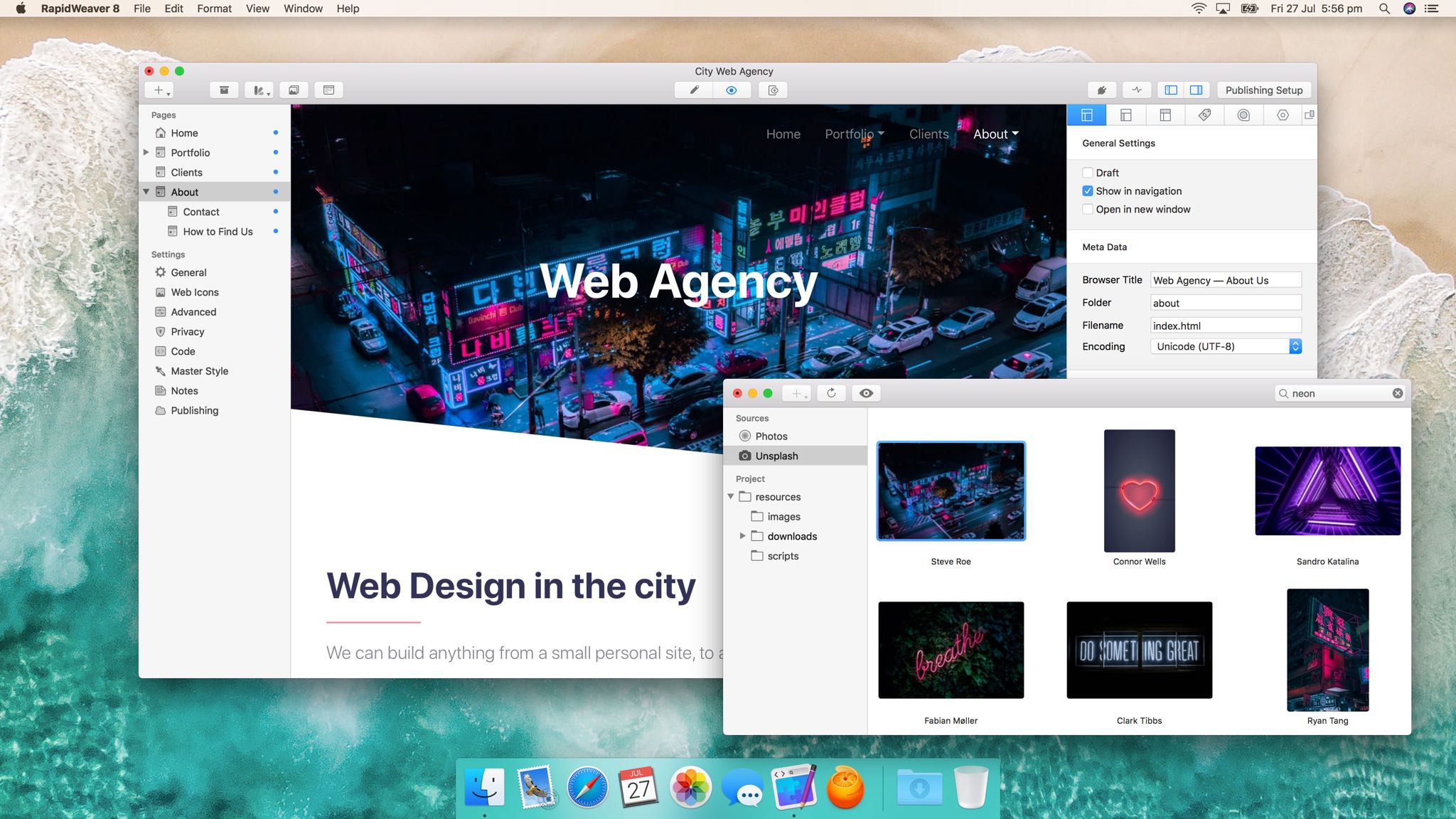 With Unsplash support, finding free banner images for your web designs is a cinch

RapidWeaver now has a device simulator so you can test websites on everything from iPhone to Pad Pro to Mac and beyond. Yo’ll find five new gorgeous templates in this release along with GDPR support and what Realmac calls “best-in class privacy”. 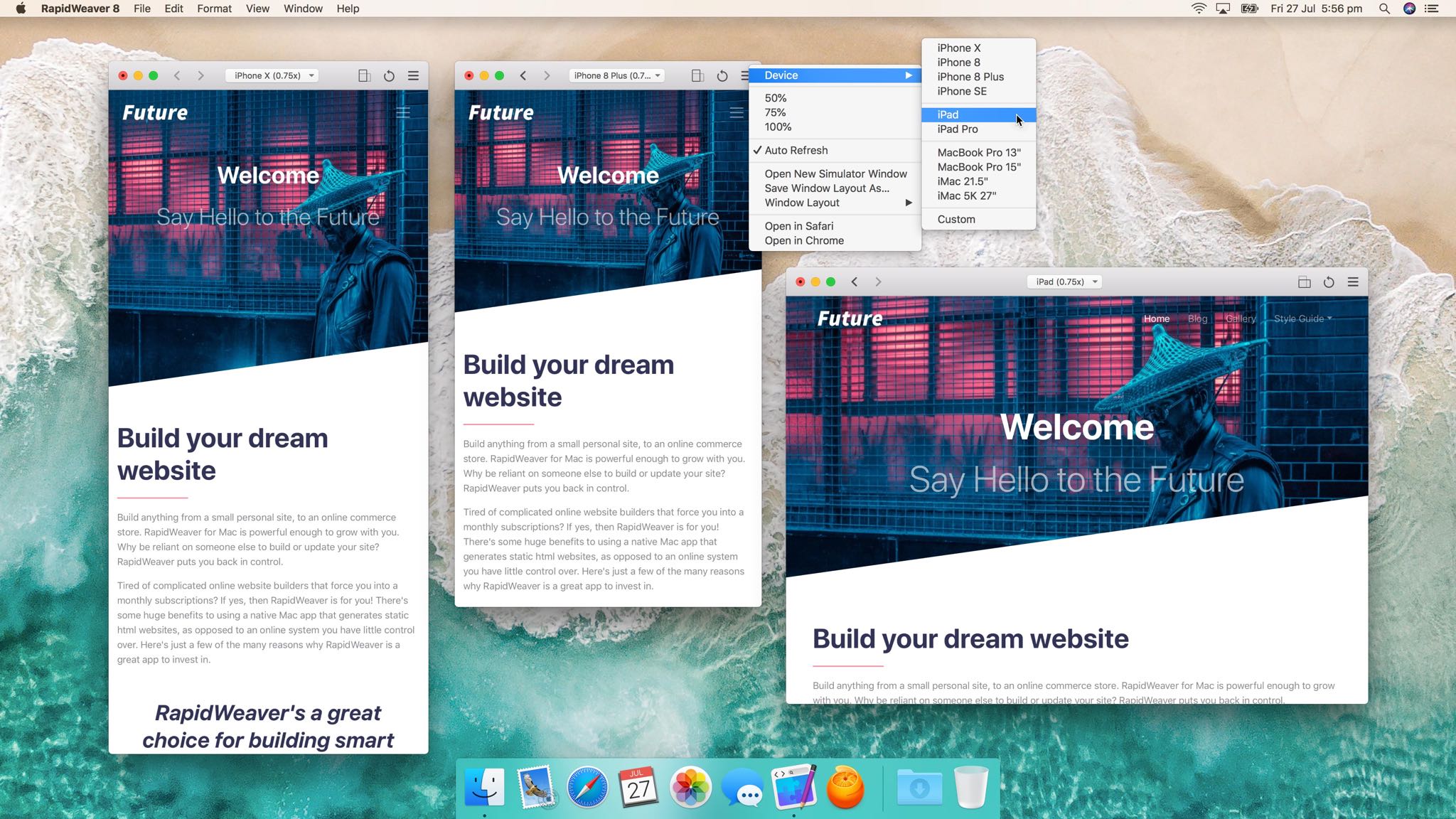 What they mean by that is that all the official RapidWeaver themes are GDPR compliant. Moreover, none of them makes any calls to third-party hosted libraries, such as JQuery or Google Fonts. Third-party add-ons (there are now 1,500+ of them available) and other pluggable content can now be managed with ease through a new add-ons manager.

RapidWeaver 8 also generates social media meta tags for you (globally, on a per-page basis or individually) and even has a built-in .htaccess editor so you can edit your server’s .htaccess file directly within RapidWeaver, without firing up an external FTP client or text editor. 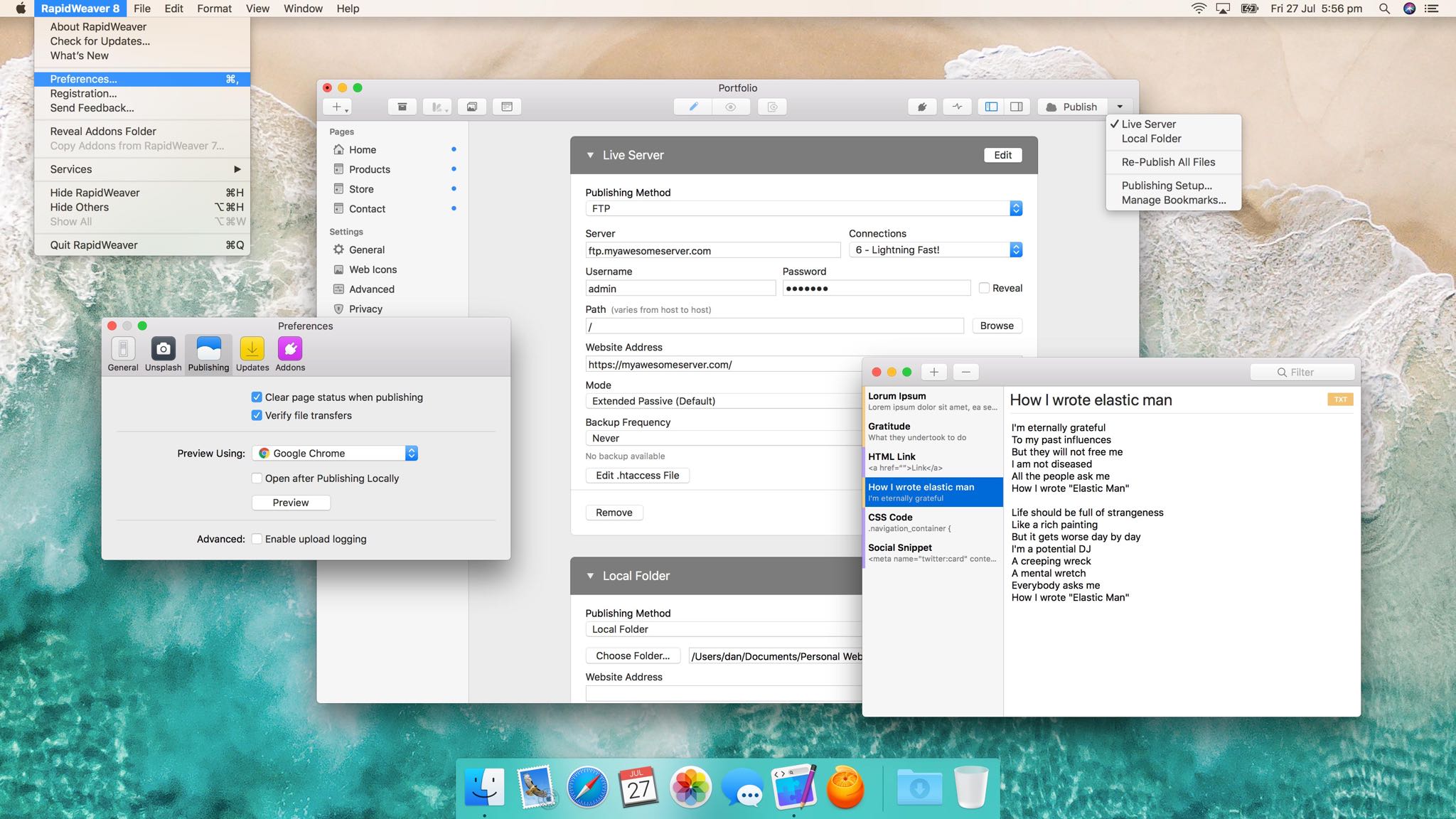 And if you’ve made a mistake, you can easily roll back to a previous version because RapidWeaver 8 tracks changes as well, which is extremely handy when you make a mistake.

Here are the key highlights (click any subheadings to watch the underlying video):

To illustrate the full power of RapidWeaver in terms of visual website building, let me just point out that the entire Realmac Software website was created with RapidWeaver. 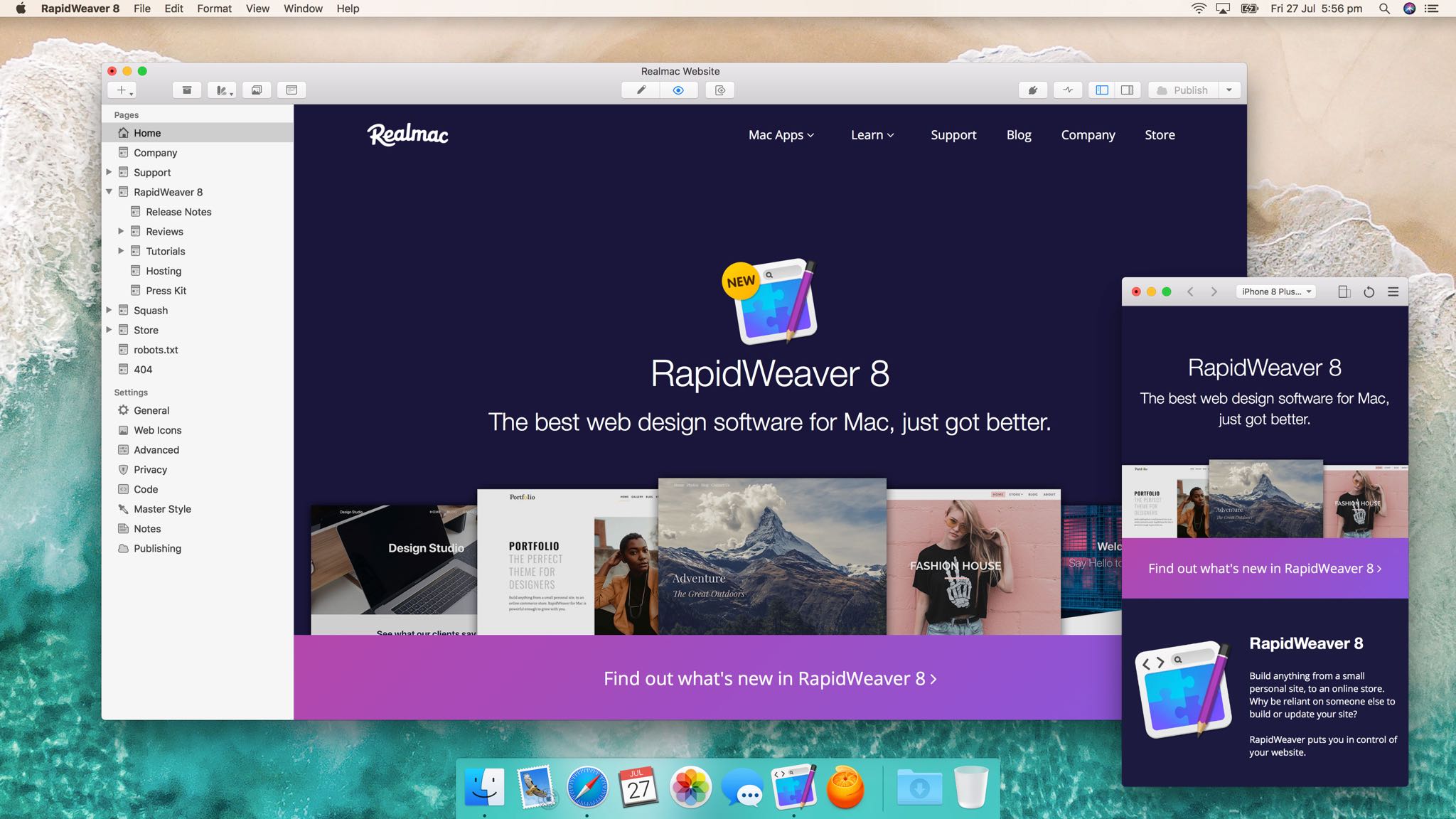 Realmac’s own website was built in RapidWeaver using two plugins, Stacks and Foundry.

For more information about the app, visit realmacsoftware.com/rapidweaver.

RapidWeaver 8 is available to download and buy directly from Realmac Software. The app requires macOS El Capitan 10.11 or newer and is compatible with Mojave.

RapidWeaver 8 is a paid upgrade.

A full licence is priced at $89 for new customers. Users of RapidWeaver 7 or earlier can upgrade for $69. To celebrate the launch of RapidWeaver 8, all purchases before August 28, 2018 shall receive an extra $10 off the regular price.

RealMac says it won’t be switching to a monthly or yearly subscription for the direct version.