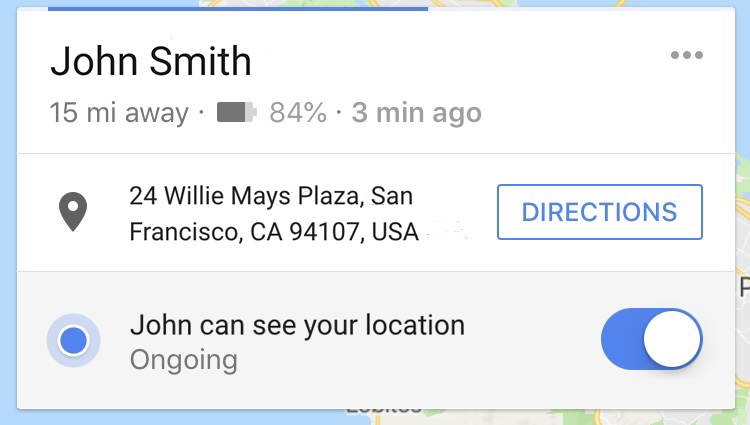 Having recently rolled out a pretty interesting capability that is able to predict which new restaurants you might enjoy, the most recent update to Google Maps for iPhone and iPad now displays your phone’s remaining battery charge level when sharing location with others.

As TechCrunch noted Friday, this should stop friends and family panicking if you’re not picking up their calls because they’ll now know you’re out of battery.

To be clear, Google Maps will send your battery level alongside your location only when you have elected to have the app track your location and share it with select people.

Showing people you share you location with through Google Maps exactly how much battery life you have left should alleviate their concern when you’re unable to answer their calls or reply to messages. Conversely, if they see your phone has plenty of battery power left and yet you’re not answering their calls, they can take further action to make sure you’re safe.

“By clueing you in on whether someone’s phone is just about to die, you’ve at least got a better idea as to what’s going on when the updates go silent,” notes TechCrunch.

TUTORIAL: How to share your real-time location via Google Maps

To check it out yourself, update your copy of Google Maps to the latest available version in App Store. Then fire up the app on your iPhone or iPad and open the side menu, then tap Location Sharing and choose who you want to send your location to.

Having launched in beta for Android earlier in the year, this handy feature is now more widely available across iOS and Android, even outside the United States.