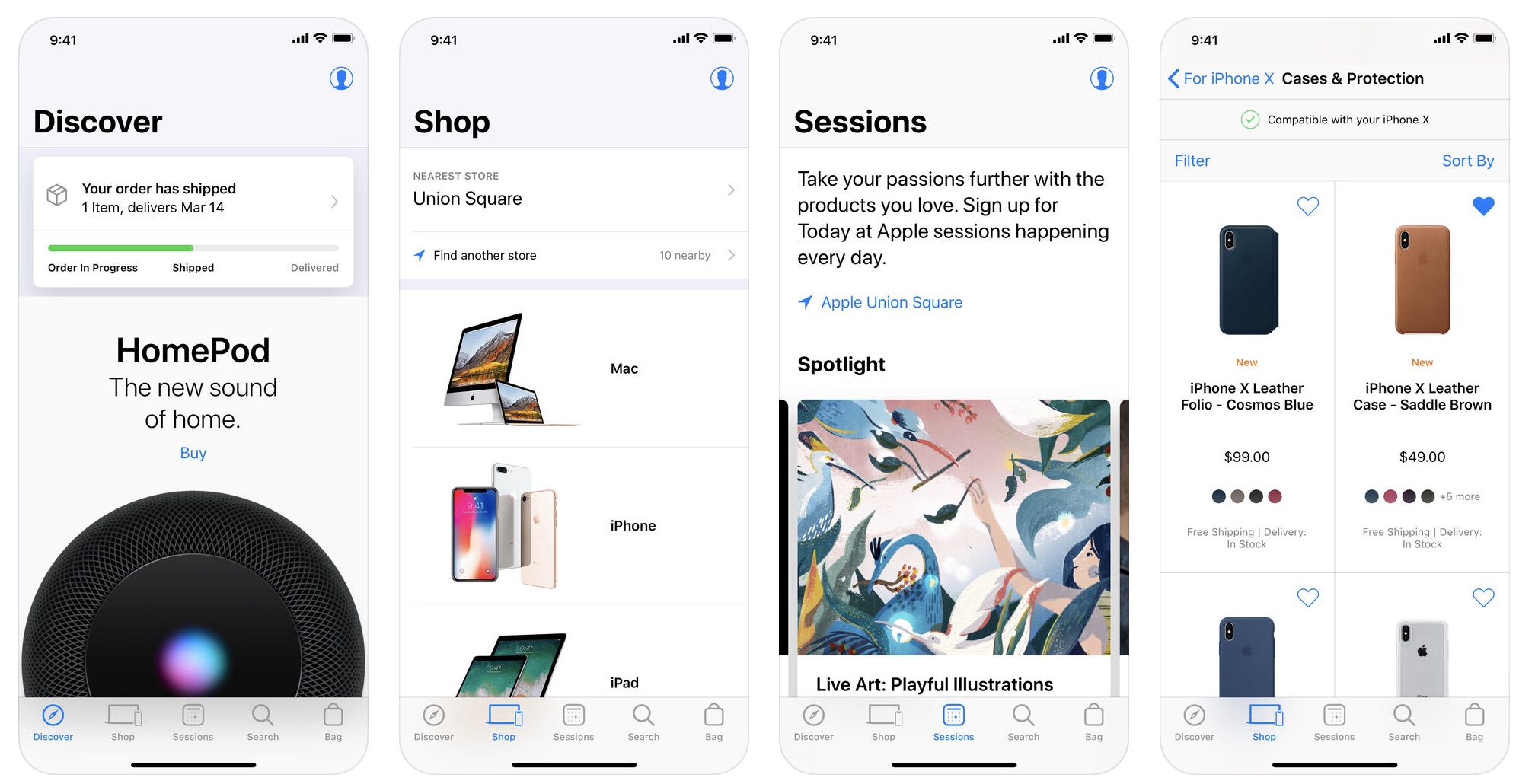 The Apple Store app for iPhone and iPad has received an update. Version 5.1 brings a few changes to the search mechanism. Cupertino has also made some changes to its WWDC app.

The search interface in version 5.1 of the Apple Store app now highlights trending searches in case you need to find some inspiration. You can also tap the microphone next to the search bar to dictate your search details rather than typing. The search results page has also been changed to include a new card-based interface.

Under What’s New in the App Store, Apple explains the changes as:

Search has been updated with an enhanced design. And it’s now powered with speech recognition technology for better search results.

With a fresh look and the addition of speech recognition technology, it’s never been easier to find products, stores, sessions, and more.

The official WWDC app has been refreshed with bug fixes and other improvements in version 7.0.3. The What’s New page reads:

Thank you for your feedback. This update includes bug fixes and improvements in several areas, including accessibility, stability, and video downloads. In addition, videos can be viewed by collection and platform on tvOS.

You can download the Apple Store, WWDC, and GarageBand apps on the App Store.