iOS has one of the best music listening experiences you can get on a mobile platform, but one of the biggest pet peeves I have with it is how the operating system continues to play my song even after I mute my handset’s volume.

Fortunately, a new jailbreak tweak called AutoPause11 by iOS developer Pa1n fixes this problem on Apple’s latest iOS versions, and it’s available as a free download from Cydia as of this writing.

Just as the name implies, AutoPause11 automatically pauses any media playback whenever you ‘mute’ your device’s volume or turn it all the way down with the volume buttons.

This functionality can particularly useful when someone tries to grab your attention while you’re in the middle of jamming out with headphones. With it, you can safely mute your media playback without missing a single beat, and you can easily pick up where you left off afterward.

When you install AutoPause11, you will find a preference pane in the Settings app where you can quickly toggle the tweak on or off on demand: 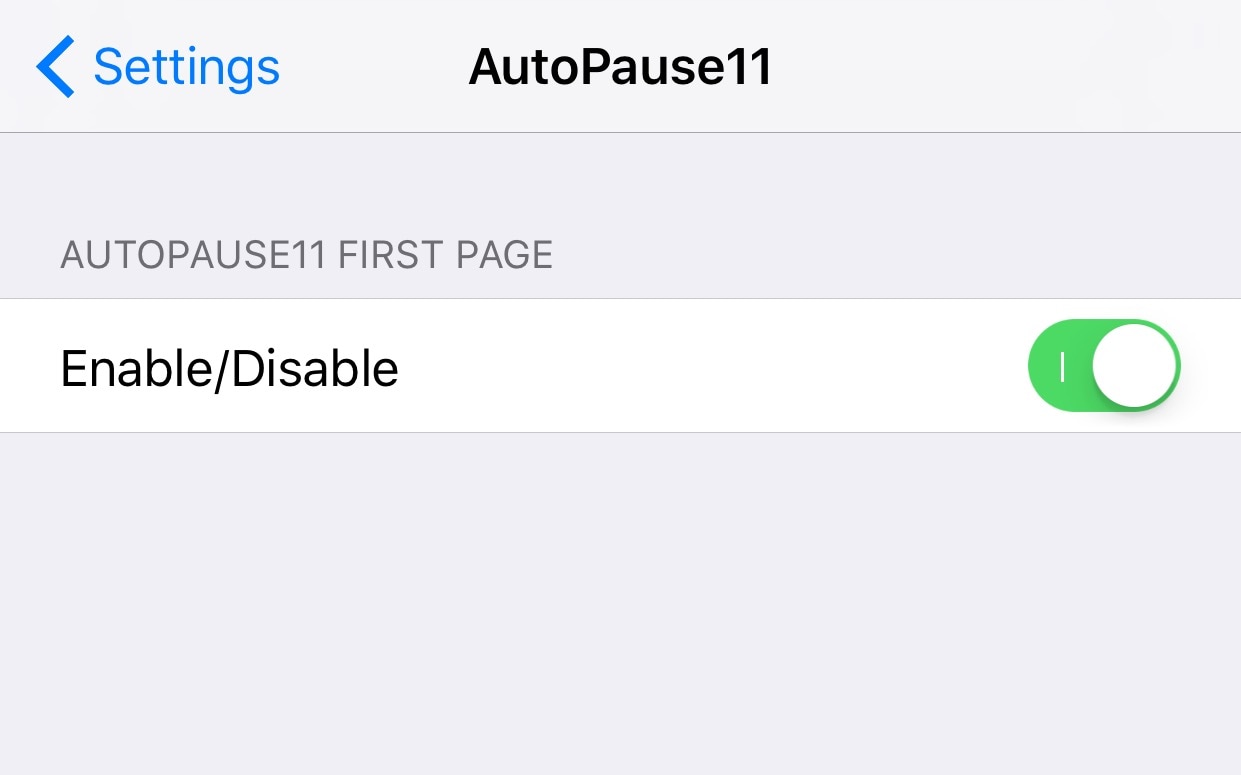 Apart from the useful functionality, another thing I like about AutoPause11 is that it works with virtually every music app you can imagine; this includes the stock one installed by Apple and third-party alternatives that you can download from the App Store, such as Pandora and Spotify.

If you’re interested in giving AutoPause11 a try for yourself, then you can download it for free from Cydia’s BigBoss repository today. The tweak is certified to work on jailbroken iOS 10 and 11 devices.

Do you think AutoPause11 will come in handy for you? Share in the comments section below.