The new specification is backwards-compatible with the previous implementations so all your existing cards will work with the upcoming SD card 7.0 devices, but not the other way around.

To learn more about SD card 7.0, check out the promotional video embedded below.

Read on for an expanded overview of the protocol.

Taking advantage of the well-known PCI Express 3.0 (which is a high-speed serial computer expansion bus standard) and NVMe 1.3 protocols (NVMe is the industry-standard performance SSD interface), SD card 7.0 can deliver nearly one gigabyte of data per second (it’s rated at the maximum theoretical transfer speed of 985 megabytes per second).

It supports SD UHS-I interfaces, but sadly not UHS-II nor UHS-III.

SD Express will be initially offered on SDUC, SDXC and SDHC memory cards.

The SD Ultra Capacity simply increases the amount of storage available on SD cards from the current maximum of two gigabytes all the way up to 128 terabytes with an SDUC card.

SDUC and SD Express give users plenty of storage for their photographs, videos and other projects without having to wait forever for the files to transfer.

TUTORIAL: Importing DSLR photos from an SD memory card to your iPhone or iPad

iOS users can take advantage of Apple’s SD card adapter that connects to the Lightning port. With it, iPhone and iPad users can easily transfer photos and other files to their iOS devices (iOS 12 sports an overhauled interface for importing photos and videos).

The white paper titled “SD Express Cards with PCIe and NVMe Interfaces” provides more details on the new capabilities and features found in the SD 7.0 specification. Meanwhile, here’s a chart of the SD card types and their expected maximum performance capabilities. 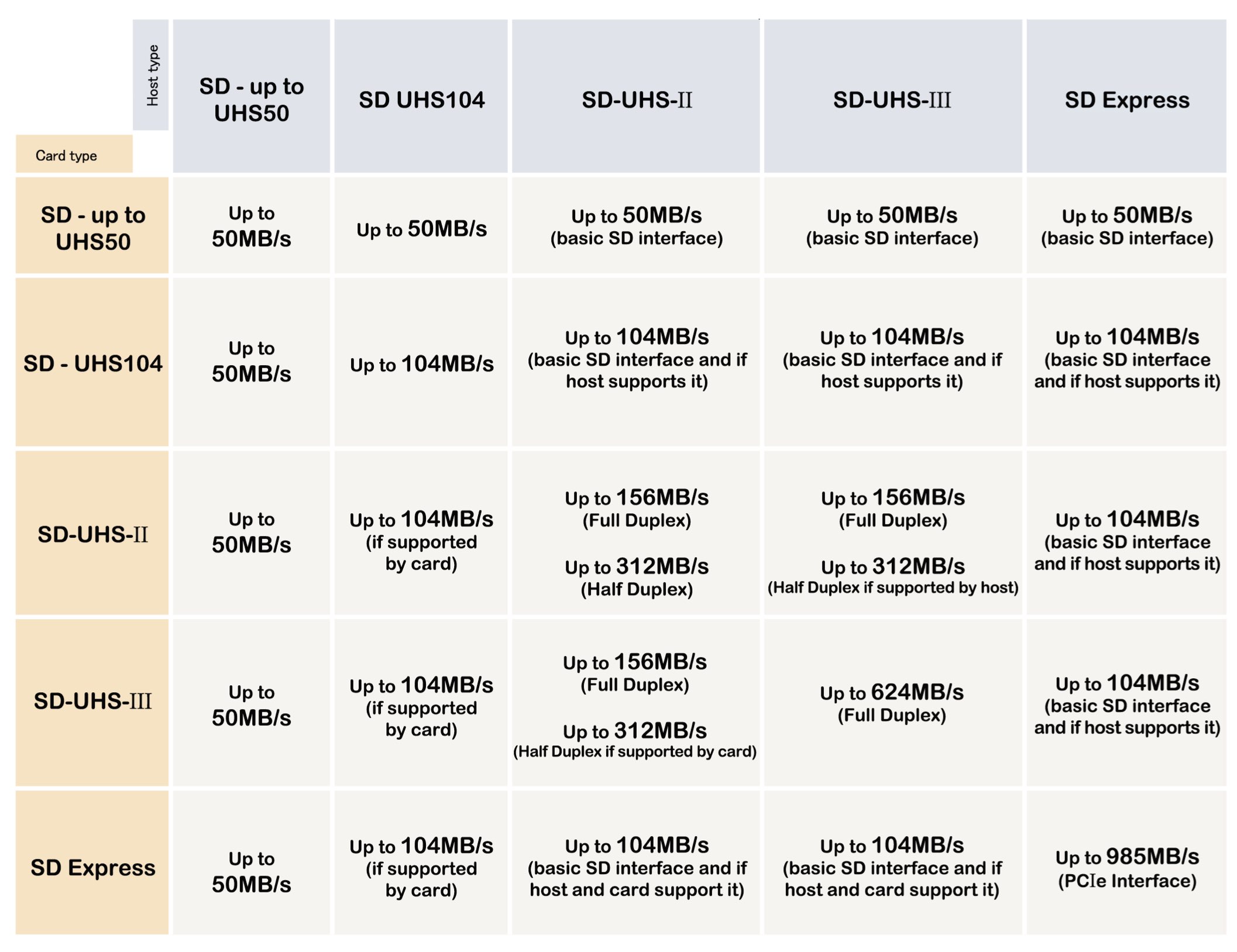 Many Macs have a built-in SD or SDXC card slot that lets your computer read and write data to digital camera memory cards and other SD media. SD memory cards that conform to the SD 1.x, 2.x, and 3.x standards should work should work with existing Macs without a hiccup.

The new SD card 7.0 standard will take some time to proliferate because the new SDUC cards and the high-speed readers that are compatible with them have yet to hit the market.