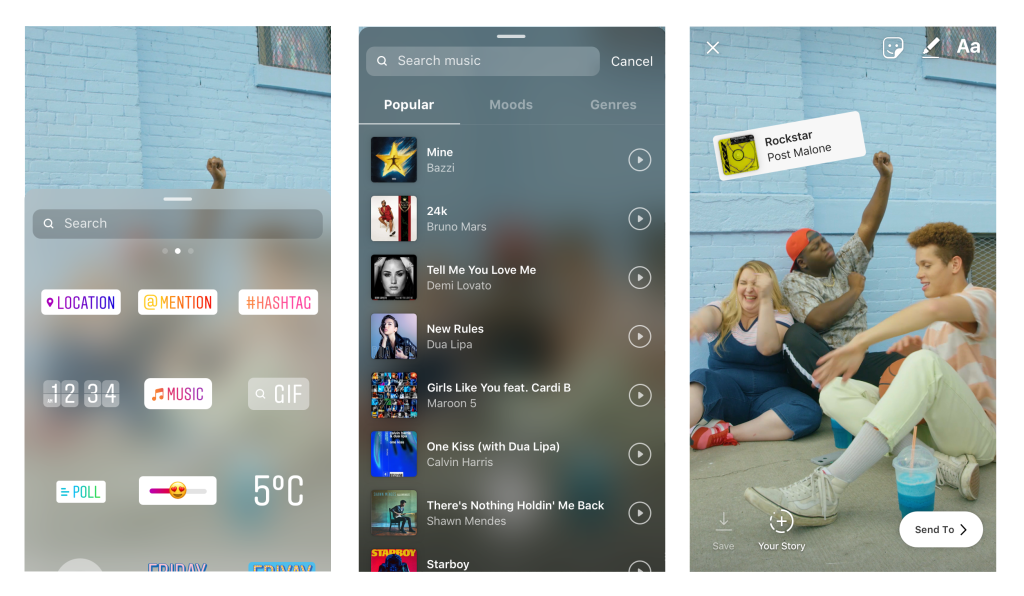 Instagram on Thursday introduced a new feature that will allow users to easily add music to their Instagram Stories. Facebook has licensing deals in place with major record labels, so we’re talking tracks from popular artists like Bruno Mars, Demi Lovato and Post Malone.

The feature works via the Sticker menu. Just like with polls and emoji, you’ll drag and drop the new Music sticker into your Instagram Story and then select the song. The title and artist will show up in the sticker, and you can scrub through the track to find the perfect verse. Users will even be able to pre-select a song, and record a video to match—similar to the various lip-syncing apps out there. 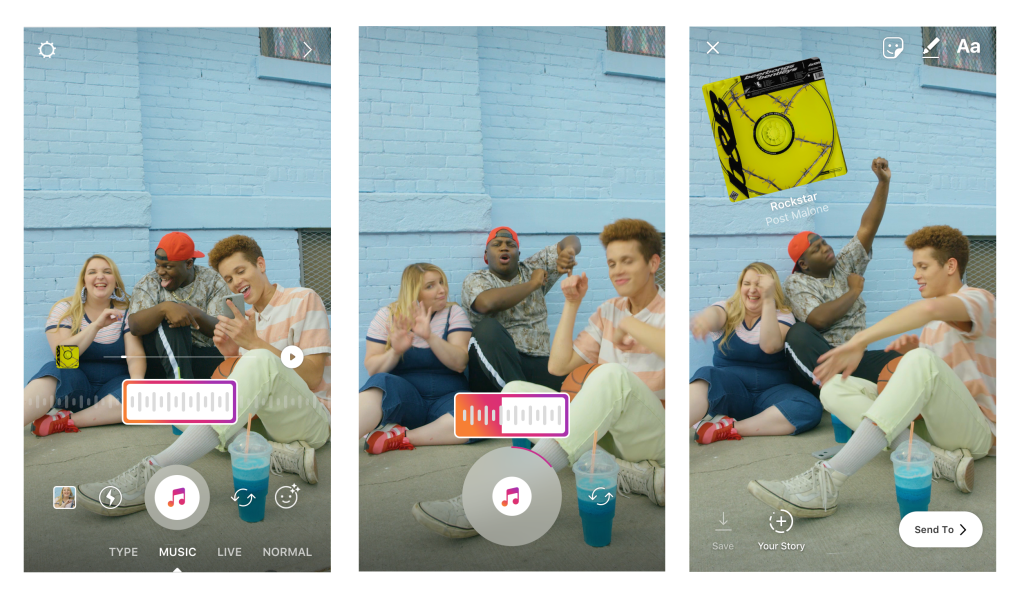 Additionally, Instagram announced today that its Stories feature is now used by more than 400 million users daily—nearly twice that of Snapchat. The company has been on a bit of a hot streak lately, announcing IGTV, group video chat, and the 1 billion monthly user mark.

The Music sticker is rolling out today for both iOS and Android, but the ability to pre-select a song and record a video is limited to iOS at launch.