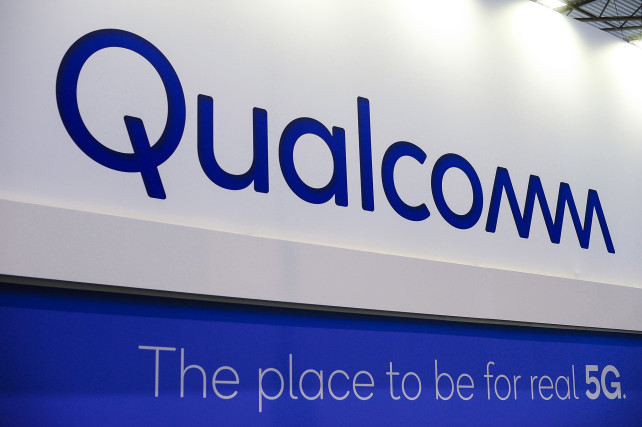 These patents are part of a patent-infringement lawsuit Qualcomm filed in 2017 against the company in federal court in California. Each involves ways to automatically focus a digital camera; a device that functions as both a phone and personal digital assistant; touch-sensitive displays; and circuit memory.

Apple is one of the most aggressive users of the proceedings at the Patent Trial and Appeal Board, which has an easier legal standard than courts do, and frequently seeks to invalidate patents when it’s been sued for infringement. The iPhone maker has filed 398 petitions challenging patents, according to the patent office’s electronic database.

The U.S. Patent and Trademark Office is expected to consider Apple’s petitions and any response from Qualcomm later this year. In doing so, it will make a preliminary decision on whether Apple has a chance of winning its arguments. If it does, the office will do a formal review and issue a final decision within 12 months.

Around the globe, Apple is suing Qualcomm over its allegedly unfair patent royalty practices requiring companies to use their baseband modem chips in exchange for much lower licensing fees. To date, there’s already a hearing currently underway at the U.S. International Trade Commission while trials are scheduled for later this year in China and Germany.

Despite the ongoing battles, some Qualcomm components are expected to remain in upcoming Apple products. Just this month, for example, it was reported that Qualcomm modems would be used in some 2018 iPhone models. Apple had hoped to switch to Intel modems this year, but “quality issues” made that impossible. Because of this, both companies will produce modems for the upcoming handsets.