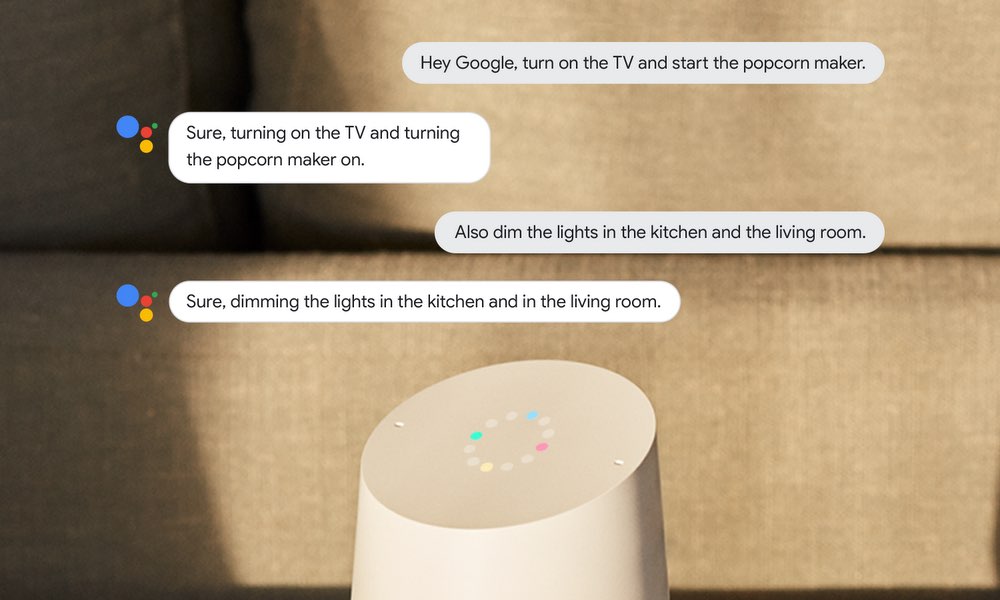 As first demonstrated at the Google I/O 2018 developer conference held back in May, the search giant today rolled out a tremendously useful new feature that makes it easier to chat up Assistant without requiring the “Hey Google” hot word for follow-up requests.

You still must use the “Hey Google” hot phrase when starting up a new conversation, but any follow-up requests can be made without prefixing the query with “Hey Google”.

For example, you could strike up a new conversation by saying something along the lines of “Hey Google, turn on the TV and start the popcorn maker.” And when your Assistant dutifully executes the request, you can then follow up with stuff like “Also dim the lights in the kitchen and the living room” without using the hot word.

Say “Thank you” or “Stop” when you’re done. Google will also end the current conversation on your behalf if it detects that you’re no longer talking to Assistant.

In another example, the user asks “Hey Google, what’s the weather today?” and then issues several follow-up requests like “And what about tomorrow?”… “Can you add a rain jacket to my shopping list?”… “Remind me to bring an umbrella tomorrow morning”and “Thank you!”

This handy new feature must be turned on manually by tapping Preferences → Continued Conversations in the settings interface of the updated Google Assistant app for iPhone and iPad. Do yourself a favor and enable this feature right now to have a natural back-and-forth conversation with your Assistant without repeating “Hey Google” for each follow-up request.

If you don’t yet see this option in your Assistant settings, check back later because they’re releasing Continued Conversations on a staggered basis.

Apple’s smart assistant requires that all requests be preceded with “Hey Siri” (here’s why Apple chose that particular hot phrase), which gets old quickly—even more so if you happen to own a HomePod and are conversing with Siri on your wireless speaker on a daily basis.

Apple did announce some advances for Siri at WWDC 2018 like Siri Shortcuts, a feature that executes multi-step scripts using Workflow technology when triggered with a custom voice command. And on Apple Watch with the watchOS 5 software, users can start talking to Siri as soon as they raise their wrist or wake the device from sleep, no need for “Hey Siri.”

Will Siri gain something like that, do you think?