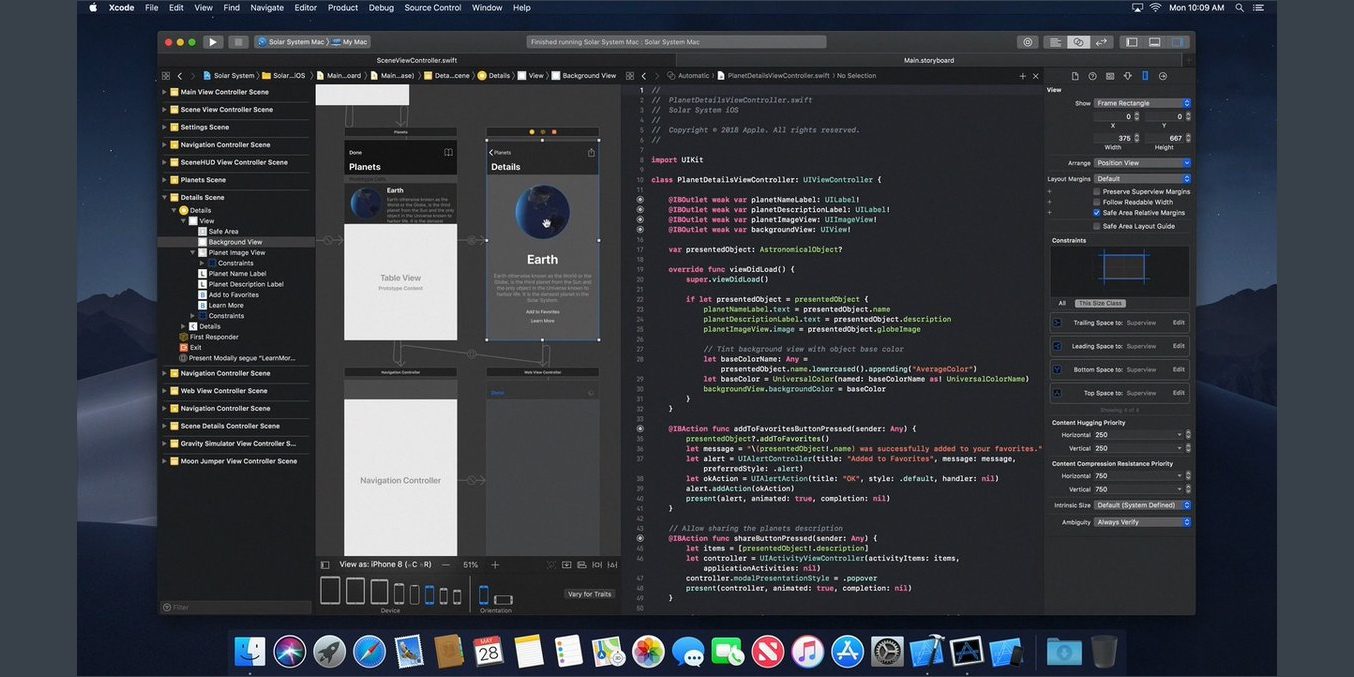 The next version of macOS is almost certainly going to be revealed on Monday, June 4 at Apple’s Worldwide Developers Conference (WWDC). Now there’s proof, courtesy of a 30-second video preview of Xcode for macOS 10.14 accidentally leaked by Apple and discovered by developer Steve Troughton Smith. The leak is significant in that it probably gives away at least three secrets about the next operating system for Mac.

As you can see in the tweets below, the leak shows a new dark theme for macOS 10.14. You can also see an icon for a Mac News app in the Dock. Meanwhile, the background image could be a photo of the Mojave Desert in California during the night. As MacRumors first noted, Mojave could be Apple’s top choice for the name for the next macOS version.

As usual, the spoilers came from within: Apple posted a 30-second preview video of Xcode on 10.14 to the Xcode MAS store page API (which, as videos aren't supported on the MAS, 'should' have been hidden. Guess nobody checked.). Here's the full video: https://t.co/RL7GVzeTCX

Keep in mind, these leaks come directly from Apple’s servers. Therefore, the likelihood that they aren’t accurate is very slim.

This year’s WWDC keynote address is expected to focus almost exclusively on software. Unlike last year, we probably won’t see a new iPad Pro revealed. With that being said, we could still see significant changes being announced with regards to iOS 12, including an all-new wellness feature called Digital Health, ARKit 2.0, and a reimagined iBooks app.

Apple is also likely to reveal plans to further integrate iOS and macOS. As previously rumored, this could mean allowing developers to create iOS apps that also run on Macs.

As a reminder, Apple’s WWDC begins on Monday with the keynote address at 10 a.m. PDT. At that time, the company is expected to preview macOS 10.14, plus iOS 12, watchOS 5, and tvOS 12. Like last year, WWDC is being held at the McEnery Convention Center in San Jose, California. Apple plans on live streaming the event.

Come back to iDownloadBlog often for news and commentary about this huge event. In the meantime, let us know what you think about this macOS 10.14 leak. Does this make you excited about Monday? Be heard below.