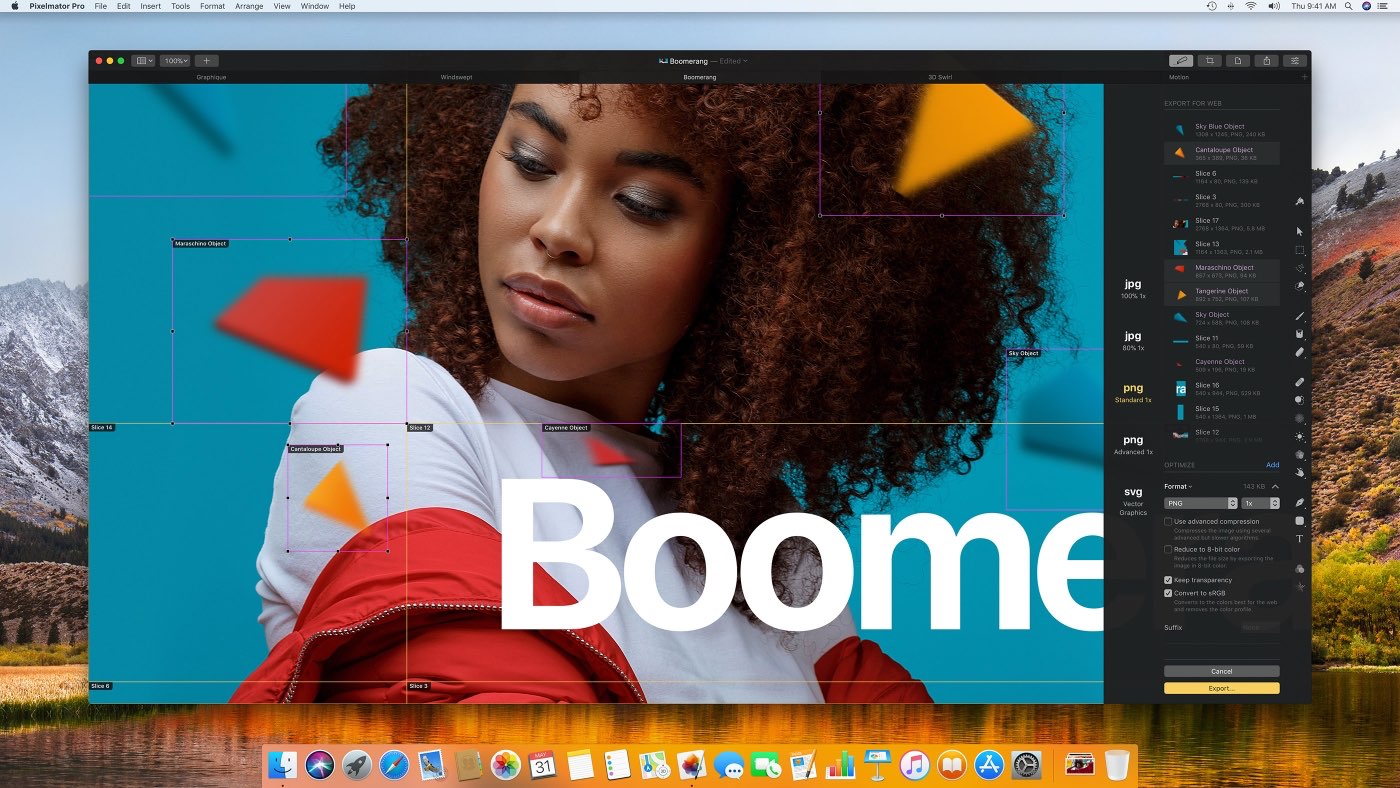 Earlier this morning, Pixelmator Pro’s 1.1 “Monsoon” update was pushed to customers on Mac App Store, bringing a plethora of enhancements and new capabilities to this award-winning image editor and a viable Photoshop replacement.

The latest version of this awesome non-destructive image editor brings Auto Color Adjustments, support for the Touch Bar feature on 2017 or newer MacBook Pro models and a brand-new Slice tool for web designers. Saulius Dailide, one of the founders of the Pixelmator Team, called it “an absolutely massive update with tons of great new features.”

The new Export for Web features make it really simple to optimize your images for the web and compress them to the smallest size possible without any discernible quality loss. Thanks to export presets, you can optimize images with your favorite settings with just a few clicks.

If you’re optimizing images for the web, a Quick Export feature instantly exports a web-friendly image optimized with your most-used settings at any time. As you adjust any export settings, Pixelmator Pro displays a live preview of the optimized image.

And with the newly announced Slice tool, designers can easily prepare their web mockups and layouts by dividing entire designs into smaller images, optimizing each one separately.

With machine learning and computer vision-powered automatic color adjustments, Pixelmator Pro can automatically improve your photos. You may see suggestions for improving white balance, lightness, hue and saturation, for example.

Per developers, the machine learning algorithm was trained on “millions of images” to identify the contents of a photo, finding the best colors, lighting and contrast to make every image stand out. They’re using Apple’s CoreML and Metal frameworks for smart adjustments.

You now get live previews when formatting text and adjusting layer blending options. With a Select Color Range tool, you can make easy selections of similarly-colored areas in an image. With Touch Bar support, MacBook Pro owners can use their TouchBar for things like applying color adjustment or effect presets, selecting colors for their brushes and sharing images.

“Whenever you switch tools, Touch Bar automatically changes to put the most useful options at your fingertips, which makes using Pixelmator Pro simpler and easier than ever,” developers said. Last but not least, the app can now open vector images encoded in the SVG file format and includes a new Tutorials page to help with learning Pixelmator Pro.

Here’s everything new, enhanced and improved in Pixlemator Pro 1.1:

You can read the full release notes at pixelmator.com/pro/updates.

This update is provided free of charge to existing users of the app.