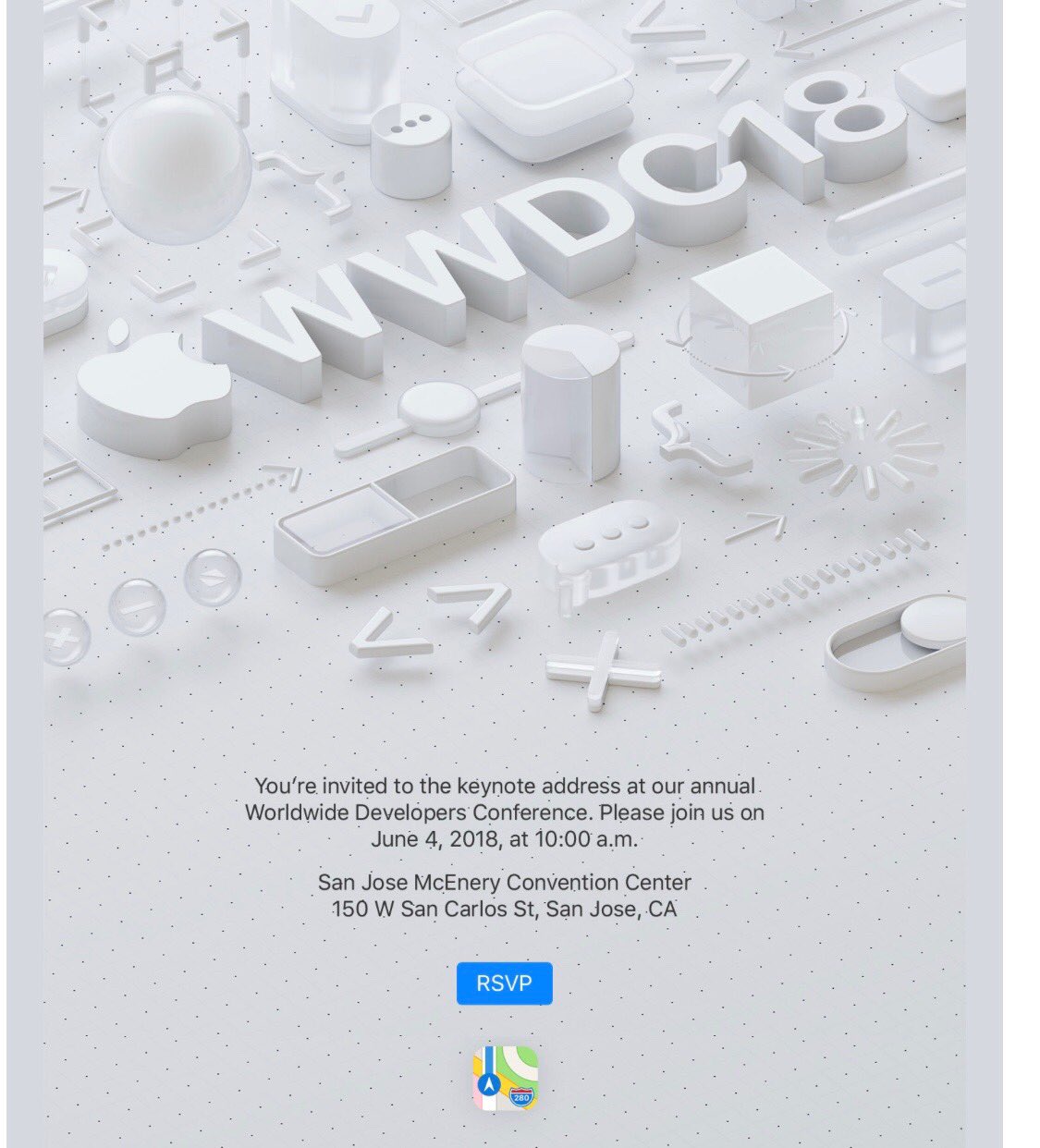 Apple on Tuesday sent out invitations for its June 4 WWDC keynote. Select members of the media, along with developers and others, have been asked to join the Cupertino company for the keynote address of its annual Worldwide Developers Conference on Monday, June 4, at 10:00am PST.

The event will be hosted at the San Jose McEnery Convention Center, in San Jose, California. Remember WWDC began there in the late 80’s, but Apple moved it to San Francisco in 2003. Last year it moved the Conference moved back to San Jose, and it appears it was pleased with the results.

As usual, we expect Apple to use the keynote to preview the next major revisions of its four platforms: iOS, macOS, watchOS and tvOS. Rumor has it that Tim Cook and his team have decided to forgo major new features in the updates this year, in favor of shoring up reliability and performance.

There is also a chance we will see new hardware at the event. Nearly all of Apple’s Mac lines are due for an update and iPhone SE 2 chatter is getting louder by the week. Yes it’s true that WWDC is mostly about software and developers, but there is a precedent for new product unveilings/mentions.

As always, we invite you to join us for the keynote, which again is Monday, June 4, as we will be covering it live, as well as all subsequent announcements.